"I’m on welfare, don’t tell nobody though" 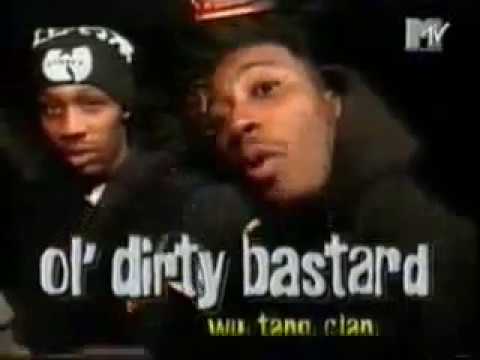 Legendary. The rumour was that Ghostface had to cover his face for that appearance as he was on parole or something. Sure it was untrue but added to the mystique regardless.

Unexpectedly stumbled across this photo earlier.

Bought from a stall at Glastonbury, 20 or so years ago. Never really wore it much (scratchy nylon, rather than cotton, and couldn’t really do it justice anyway) so sold it on eBay four or five years ago for surprising

Really intrigued by what @Severed799 would pick, TBH.

As am I, now you mention it

Hah hah. I just figured you had an all time dog lined up TBH.

There’s a few I could choose from would need to keep in mind the list so far and what will actually get enough votes too, though there’s a couple that come to mind now already

No vote minimum here but yeah if only 3 people care it’s going to be a bum thread!

I must admit I did chicken out with this one. 2 listens probably isn’t enough to judge an album that is so far off the other end of my musical spectrum.

I try to keep an open mind and feel with some things that there’s obviously more to it than I can hear. I guess it depends if there’s a difference between “how good is it really” and “how much do I like it”.

This is clearly a seminal, important and influential album. So it feels a bit uneducated to stick a 1/10 on it just bcause I don’t understand it. (Even if I kinda wish I had.)

I think there’s also a weird guilt thing specifically because of the genre. You see the disparaging “white indie” comments all over the place on these boards, and I’m sure they are made with tongues in cheek. But it’s hard to ignore the racial aspects of the genre. (But I don’t want to go there.)

In some ways comparing music from one genre and another is totally pointless because rock isn’t better than rap or vice versa, they are just different even if I prefer one. But it’s definitely easier to criticise an album from a genre you are familiar with.

But then obviously I’m just overthinking it.

Delighted to see this get such a high score - complete game changer for me this album. Bought as a birthday present while I was at college and completely opened my eyes to the genre, a true classic

Top of the charts and an unassailable lead?

It would appear that they were correct and that Wu-Tang Clan is indeed Nothing to Fuck With.

Top of the charts and an unassailable lead?

Same gap between 1st and 2nd as there is between 2nd and 10th.

Will take some doing to clamber to the top of that.

Can only see something smaller with a cult following coming close to that. Big albums will just have too many detractors to get anywhere near it.

In some ways comparing music from one genre and another is totally pointless because rock isn’t better than rap or vice versa, they are just different even if I prefer one. But it’s definitely easier to criticise an album from a genre you are familiar with.

Totally agree with this, but what I found quite remarkable about this album is the cross genre appeal it had/has. It happened a bit with Cypress Hill too, maybe not quite at this level, but you would definitely see a huge range of people in the crowd of a Wu-Tang show that you wouldn’t have seen at a hip hop show before - indie kids, metal heads, hip hop heads - they all seemed to like the Wu-Tang Clan and maybe that just reflects some kind of DiS sweetspot.

Though saying that, I’d have said the same about illmatic and that’s comfortably lower so I guess not

always found it quite an enjoyable mystery that wu tang clan had such crossover success. I’ve never found a way into thier tunes and it doesn’t seem particularly accessible to me. In general the whole thing of the ten or so hip hop artists that have made the crossover into the indie-ish sphere is pretty interesting to me - what kind of things are including and what’s excluded.

always found it quite an enjoyable mystery that wu tang clan had such crossover success.

Energy and aggression that finds more of a venn diagram crossover with teens who are into rock/punk or whatever than other hip-hop does. Those teens grow up to be indie-ish fans but with a fondness for the stuff they loved as teens.

Wu-Tang have the whole meta-mythology thing that drawers people in too, a cast of characters rather than just a few vocalists. The cynical part of me wonders if ODB’s legal troubles being regular headlines on MTV News may also have raised awareness. Either way, I’m glad they did cross over.