💿 How Good Is It Really 💿 Hot Fuss

Papa Pervo will be very disappointed with me not 10/10ing it (he absolutely loves the Killers) but it’s the definition of a 6 isn’t it? It’s fine, it’s ok, it’s not much more than that

Just realised it’s one of those albums where I can hear a song and think “this is a well written and constructed song - I hate it.”

Bought the album at the time after hearing Jenny… which seemed to be a pretty decent Smiths ripoff to me. But the rest of the album did absolutely nothing for me, and I soon got bored with Jenny as well.

I am so fucking bored with Mr Brightside. It’s not that it’s a bad song as such (but hardly a great one either), but I have just heard it so many bloody times. A lot of people seem to have personal connections to the song, but I think elevates it, but because I don’t I can’t stand it. 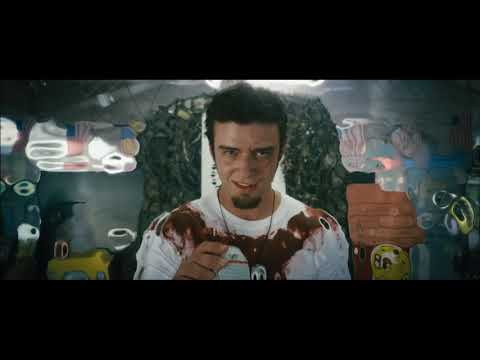 Wall-to-wall bangers on the opening half of Hot Fuss. Indie disco paradise.

Glamorous Indie Rock & Roll is also one of the most ridiculous songs ever recorded.

I’ve got a soft spot for The Killers. Everything Will Be Alright is a snooze and Glamorous Indie Rock & Roll so shit I almost find it charming. They’re the only real stinkers though, I like Natalie and Midnight Show of the back stretch and everything else is great fun, stuffed with hits. There’s a sleazy, sinister aspect that creeps in at times that’s quite interesting. I’ve not listened to it in years but did loads when it came out.

I’m a rubbish detective because I noted the clues of what was coming next in the Rounds thread and was expecting Anthrax.

everything they did after this album is absolutely terrible but this album still stands up relatively well imo, surprisingly.

i remember being very excited about them in 2004, especially as it was shortly before they really took off. i did get a bit fed up with them once they became inescapable though

Yeah can fully understand that if you don’t have that connection then Mr Brightside would be massively annoying with how overplayed it is. Think a lot of people who maybe never heard it fresh just default to ‘it’s rubbish’ because it’s too popular but it’s such a hit of energy.

The American version of it is better as it drops Glamorous Indie in favour of Change Your Mind.
They’re bonkers for not having included Under The Gun on it though. Its their best song imo.

Reckon it’s probably an 8, and a decent chunk of that is probably down to nostalgia. It’s got some crackers but patchy and filler in hindsight. And if you’re listening to the UK version Glamorous Indie is a turd, somehow made worse by a major label band espousing their love of indie in a tongue in cheek way? Rank!
Sam’s Town is the better album

Oh and I met them in Dublin when they toured this album.
Brandon Flowers and Ronnie - Very friendly and upbeat.
The other two lads - grumpy bawbags.

Sam’s Town is their Pinkerton

Different but as good if not better.
And then nothing was released by them after that.

Yeah fully agree Change Your Mind and Under The Gun are both great and don’t understand how they went for Glamorous.

I’m really coming across as a really big Killers fan here haha I’m really not! Just have such a great memory of Hot Fuss

Their version of ‘Why Don’t You Find Out For Yourself’ from the Hot Fuss b-sides was great too.

The other two lads - grumpy bawbags.

maybe that’s why they’ve fucked off

Oh I thought the guitarist had, didn’t know the bass player had too.
Real bad attitude with the fans tbh.
Brandon and Ronnie were great lads tbf

The Mr Brightside (Jacques Lu Cont’s Remix) is such a good summer tune as well…have i gone too far?