Not a big hip hop expert but yeah it’s pretty good isn’t it. Haven’t listened to it in a while, She Watch Channel Zero has always been my favourite. I’ve gone 7.

Quite like Yo Bum Rush the Show as well but never listened to Fear of a Black Planet, might check it out in the near future.

She Watch Channel Zero has always been my favourite

I’m still trying to decide between that, Black Steel and Don’t Believe The Hype for the best track

Close call, the album is full of outstanding tracks. I’d go Black Steel In The Hour Of Chaos. When that album dropped it stood out. Subtle but oh so smart and for me it hit the right spot. It’s my highlight of a 10/10 album and I wouldn’t throw that score about lightly.

Fair enough. I would disagree about Fear Of A Black Planet, it’s (for me) not their best album. It sees them depart from that cold, stark chaotic sound with drilled precise lyrics. I think FOABP is more a product of its time post De La Soul. PE do hard Hip Hop better than the slight Funk departure of their 3rd album. No right answers but ITANOMTHUB is their real masterpiece. It fits that time superbly whilst also being timeless. The label, the crossover it achieved. Everything about is really - is just perfect.

As others have said, it’s pretty much perfect. Maybe the best hip-hop album ever?

One of those albums that I’ve always admired rather than totally loved. Completely understand the adulation it receives – can only imagine what it must have been like hearing it in 1988. Usually totally hyped when I hear a song from it too, but it’s fairly rare that I’ll ever put the record on. Think most of it is probably to do with the fact that got into hip hop in a big way in the 90s and PE’s star was starting to fade a bit by then, but I do still listen to a decent amount of 80s hip hop and there’s still a couple of albums from the same era that I prefer to Nation. Don’t know why, just never completely clicked with it the way others have seemed to.

All of that said, it’s an unarguably brilliant record. It’s so difficult to make a political record (or even a song) without coming across as corny or hectoring, so making an album that is political enough to make the FBI open a file on you while at the same time sounding like the most exciting thing on earth is quite some feat. Also, the guys at Ego Trip magazine (reckon the most knowledgeable and entertaining music writing I’ve ever read) were unified in thinking this is the greatest album ever made, so what do I know. Very high 9

wrong album, but a banger 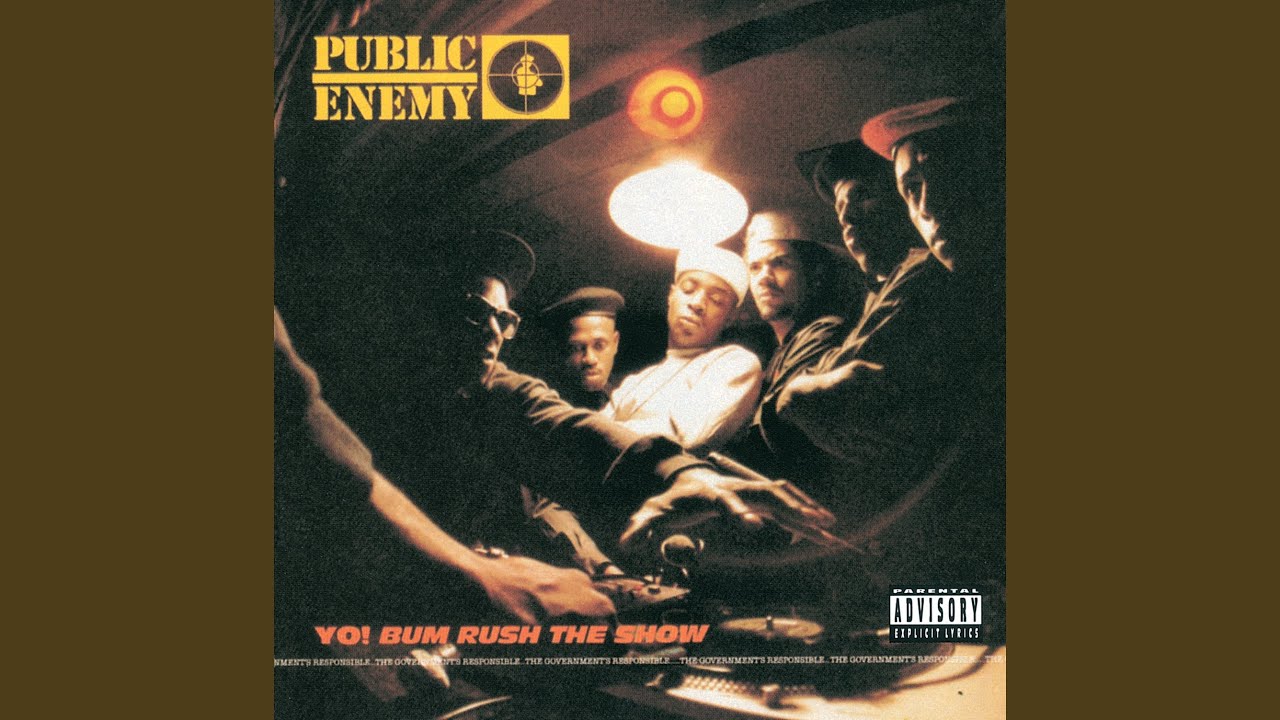 Usually totally hyped when I hear a song from it too, but it’s fairly rare that I’ll ever put the record on

Yes, same. For me, it’s all about the production, and if I want a Bomb Squad hit i’ll generally reach for AmeriKKKa’s Most Wanted (or Bell Biv DeVoe

) as I can find It Takes A Nation of Millions… a bit of a slog.

Those Ego Trip guys are a bit older though, right? So much of this album is about context. If you’d have been there for the Def Jam tour then that’s a life changing moment. I got it all second hand.

You have inspired me to draw for this though - the best hip hop book ever made.

If anyone wants some more of that sweet Bomb Squad production brilliance, Son Of Bazerk’s Bazerk Bazerk Bazerk album is a lost classic. 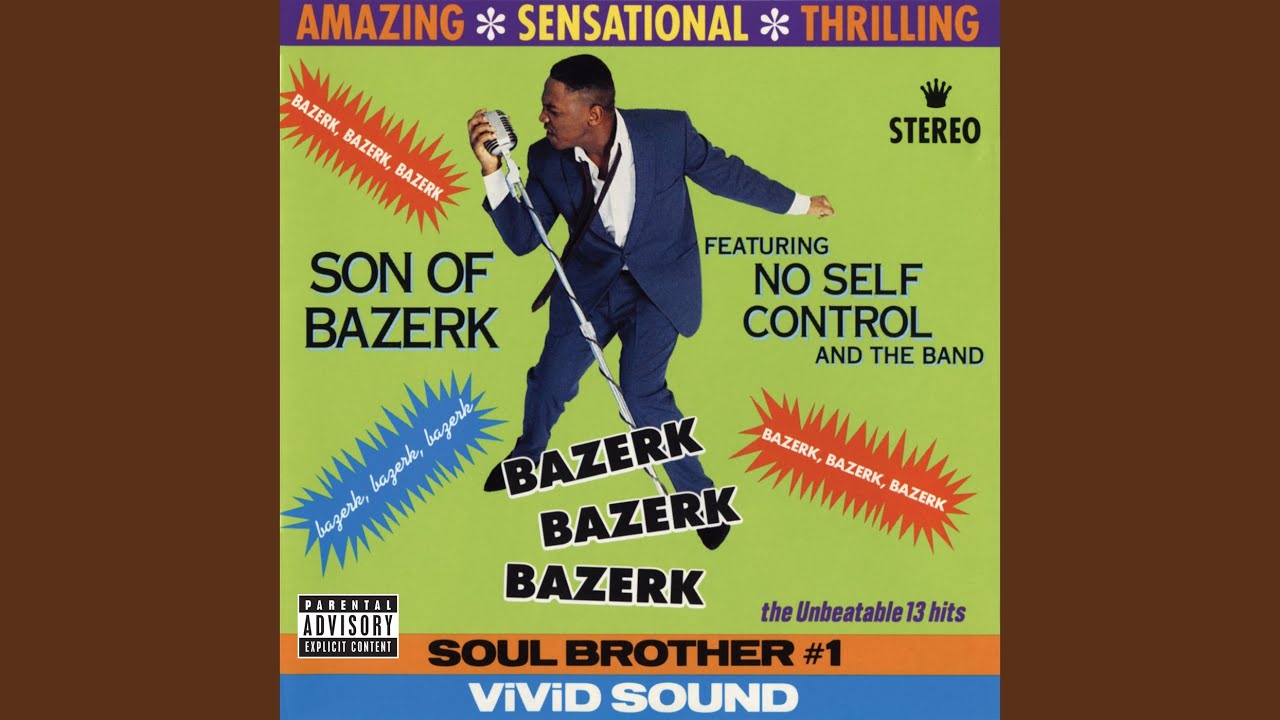 It’s nothing like as politically engaged as PE, but the music has the same exhilarating sense of riding a wave of chaos and staying just in front if it. Found a decent article in The Quietis just now when I was looking for the video 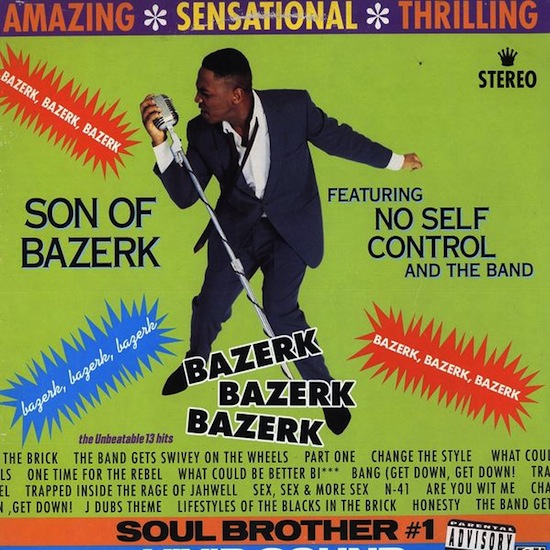 The Quietus | Features | Anniversary | Infallible: Where Did Son Of Bazerk Go...

In the latest of his stellar hip hop retrospectives, Angus Batey looks back at one of rap's great lost albums, Bazerk, Bazerk, Bazerk, asking where did they go wrong and where are they today?

Those Ego Trip guys are a bit older though, right?

Think this is definitely it. Remember in my first proper job, was the youngest in my team by about about 5 years. Lots of people into hip hop, but all of those older guys, while loving a lot of the 90s stuff, still thought that Nation Of Millions would never be topped. Definitely think it’s an era thing.

Miss Ego Trip a lot. Just scrolling through this makes me soooo nostalgic

Makes me smile whenever chuck starts boasting about his ‘98’. Have you seen what an Oldsmobile 98 looks like?

@maggieloveshopey can you choose a track that isn’t Black Steel… please?

oh, could be any of half a dozen (Bring The Noise, …Hype, Channel Zero, Prophets, etc etc) but right now it’s Rebel Without A Pause please