💿 How Good Is It Really 💿 Mezzanine

A massive cliché, but it’s my go-to I need to get some work done album.

Loved it when it came out but never play it these days. 7

Have never made it the whole way through despite picking it up in a bargain bin 3-4 years ago (nothing to do with the album itself, just picked it up at the same as a load of other fantastic albums I became obsessed with and then forgot I owned it). Am rectifying that now.

I know it became a bit overplayed with House and all of the cover versions, but Teardrop really is a perfect song.

I tried so hard to like this album but ultimately found it boring. 5/10.

It’s just not as good as Blue Lines.

Maybe because after this one it basically became a Robert Del Naja solo project? Or at least 100th Window was I think, not sure about Heligoland?

It’s become a minority opinion over time but I still think Blue Lines is easily their best. Dummy is also better than Third.

8 from me, but Teardrop is an all timer. Remember hearing it for the first time late night on radio and being absolutely knocked sideways.

this is exactly how I discovered it too, I used to listen to John Peel in bed as a young’un and I remember it being in his festive 50 of that year

this thing is increasingly the wrong way round

Great album. Love how you can still hear clear echoes of this particular record in a lot of current British electronic music: Burial, Forest Swords, Andy Stot, The Bug, etc.

It’s been extremely influential, and for good reason.

Given it an 8; there are some stratospheric highs on this record, but it’s not quite a perfect record. The O2 show for it last year was also a clusterfuck of an event, albeit with some seriously incredible musical moments and possibly the only time I’ll see Elizabeth Fraser sing live.

Christ that was a disappointing gig.

I would give it a healthy 7/10 but no more than that. It’s a nice record but it does little for me.

If I can suggest Heligoland as their real masterpiece that is somewhat overlooked. Heligoland has such a mellow subtle build to it - and by the time Rush Minute drops you just know you are listening to a very special album. Can’t believe it’s 10 years old already. Very blissful and I would give that a 9/10. 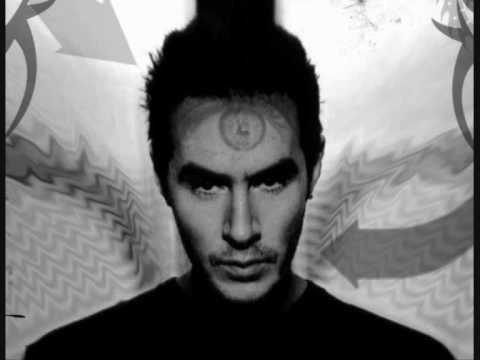 Totally agree with this for Heligioland.

Mezzanine is ten on ten for me. I remember listening to it in a really small bedroom in my student house and having the bass from Angel bouncing backwards and forwards. It was so claustrophobic and brilliant.

this is being horribly overlooked

Heligoland is very much a late night album so don’t rectify that immediately, but later. It’s a record you can really sink into, a cushion. I rate it far higher than all of their other albums, which are all good but Heligoland is something else. It feels stripped back, not so big on the guest artists and feels introspective and genuine. A really warm album made with sincere care.

Don’t feel qualified to score this as it’s the only massive attack album I’ve ever listened to, always in a stoned haze when I was at uni. Feel like I can remember the impact the album had more than I remember the album itself.

My friend’s uncle played bass on this album (and played/plays for Massive Attack live) and she made the mistake of telling me this just before I met him for the first time, at which point I then googled him and discovered he is a somewhat renowned session musician. Poor dude was just hanging out a family picnic and he’s got this ridiculous bass fanboy throwing questions at him about everything he’s ever done.

I tell you what, of all the things I revisited when I got my ridiculous good headphones, this really blew me away. As something I’ve probably listened to once a month since it came out, it went up 5 notches one those bad boys.