💿 How Good Is It Really 💿 Violator

Maxinquaye is another high scorer with 8.63

This week we have Depeche Mode - Violator which I think was the fourth CD I ever bought, but how good is it really?

No next album poll this week. HGIIR will be back on 10th May with a very special edition

Good album, not a bad track. 8

Good album. Enjoy the Silence and Personal Jesus released as the two singles preceding the album’s release, boy they were on fire at that point eh?

Great album. Straight 10 from me.

8/10
Think it’s a great example of a band hitting an artistic and commercial peak at the same time; 7th album in must be quite unusual.

I find DM fundamentally a bit silly - the combination of earnestness and bombast. But that’s not a criticism, I think there’s plenty of room for that in music and it’s very much part of what I enjoy about it, although maybe it’s part of what stops it from having much emotional impact for me personally.

Despite being overplayed I think Enjoy the Silence is a legit all time great pop song.

It’s a 10 from me. That track list is amazing and even though it could do with another big hitter at the end of the album, I can see why they went with Clean, it really couldn’t go anywhere else.
It’s insane how dark life was in DP at this stage the suicide attempts, the drug use, it all seems a bit much for an obsurd synth pop band.
It’s also weird just how big they are in America, you’d think this would never do that well over there, but they’re massive. Like the Cure I suppose.

9 for me. I’m old enough to remember when HMV/Virgin never seemed to put Violator in the sales because they knew it’d sell full price. Also, in the Before Times they picked Algiers to support them, which shows excellent taste.
Enjoy the Silence is an all-timer, but I think I prefer Ewan Pearson’s remix… 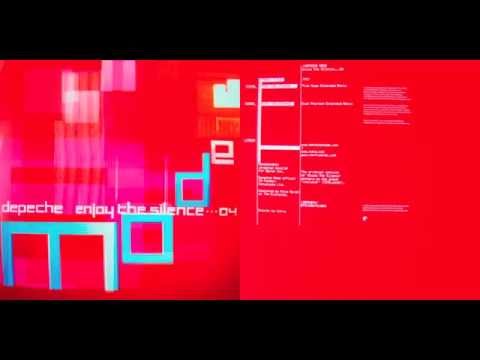 Tempted to vote 9 on the basis that SOFAD is better but couldnt do it. A band that reinvented pop music as baroque goth new wave and this being there most successful statement of it.

Impossible to listen to Enjoy the Silence nowadays because everyone else ruined it, but otherwise a perfect album.

I thought it wasn’t until the next album (or more specifically the tour that followed the album) things started to go wrong. That was when Dave Gahan’s drug taking got out of control and Alan Wilder left the band

Despite being overplayed I think Enjoy the Silence is a legit all time great pop song.

It’s amazing, and that’s coming from someone who thinks Depeche Mode are decent but not all timers.

Enjoy The Silence survives the overplaying in my opinion and still sounds brilliant. Pop perfection.

I chose it as the best track but World In My Eyes is very close in greatness.

Enjoy the Silence is an all timer, rest is fine

This was one of the first albums I bought and probably the one I obsessed about the most (along with The Cure’s Mixed Up). It’s just so epically moody. The singles are tremendous, and then, THEN, you get the album tracks which are just as good. Sweetest Perfection churns around like poisonous honey, Halo has that rhythmic breathing and addictive chorus, Waiting for the night is delicate proto electronica and then Blue Dress with it’s alien melody and Clean with its sturm and drang. Bloody amazing. The sense of space in the production, it just sounds so epic.

I was heavily into Depeche Mode at the time - had all the albums, even the shitty early ones which I kinda loved even though I think deep down I knew they were a bit shitty. I wore the t-shirt even though it was clearly a bit small for me. I went to see their SOFAD tour in some outdoor venue in London (I think) supported by Sisters of Mercy and was pretty blown away. And I wore the t-shirt I bought after that, even though it was clearly too big for me.

As I’ve got older, though, my love for them has pretty much entirely disappeared. Unfortunately their terrible lyrics can’t really match their earnestness, and I just feel I’ve grown out of a lot of their stuff.

Recently, I’ve listened back to Music for the Masses, Violator and SOFAD for the first time in… ooh I don’t know, maybe even 20 years.

MFTM has dated a little, but still does have some great moments. SOFAD… I dunno… it’s when they really disappeared up their own arses and listening back to it now, it feels egotistical and paranoid, but in a whiny, uninteresting way, although I Feel You and In Your Room are still great, the former somehow out personal jesusing personal jesus, which is some feat.

It has an unbelievable start with World in My Eyes. Halo is even better. Personal Jesus, although a bit silly, is still excellent, and Enjoy the Silence still hasn’t been spoiled for me. But I always loved Clean the most, and it’s just the perfect way to close an album.

But I also love how it all gels together - I almost feel like the slower numbers - which I like less - are there to build anticipation for the big hitters. I love how the scene is set for Clean in particular- it’s almost already my favourite song before it’s even started.

So I don’t love the band any more, I certainly don’t love SOFAD any more, but it turns out Violator really does stand the test of time, as well as standing firm against my older, cynical self.

Reading a bit more about it, it sounds like Dave Gahan is lucky to be alive. Didn’t realise it got quite that bad for him

Yes, the first NME I ever bought had a story about him being technically dead at one point, horrible stuff.