Bg Van Vader scores a slightly disappointing 3.17, but at least goes above his rival Sting, in a quiet thread that made me question whether anyone still cares? Is it just the subject? Can I improve the threads? Shall I drop this at #20? Am I overthinking this?!

Well hopefully this next one will get people talking, I sort of assumed after Eddie we’d be doing Rey next but then this cunt has a late charge in the polls so y’all better come out with your hottest opinions because it’s the BLACKJACK, IT’S JUSTIN THE FALL BRAWL FINALIST, HE’S ALWAYS POUNDIN ASS (lol) WITH HIS MAIN MAN FAROOQ, HE’S THE CRAZY RICH TEXAN TYCOON FROM THE SIMPSONS… 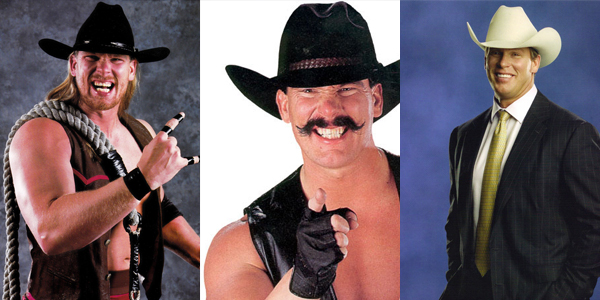 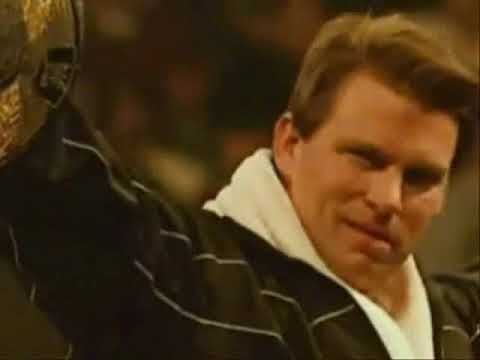 So How Good Was Justin John Bradshaw Layfield really?

And as a bonus, due to it being the only thing noteworthy of his career, How Good Were the Acolytes Protection Agency? (I’ll give Farooq/Ron Simmons his own thread later) 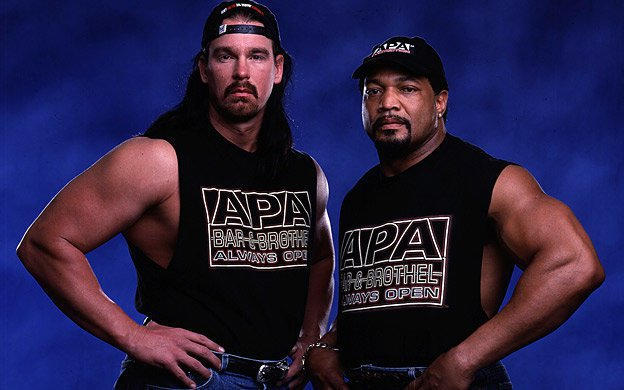 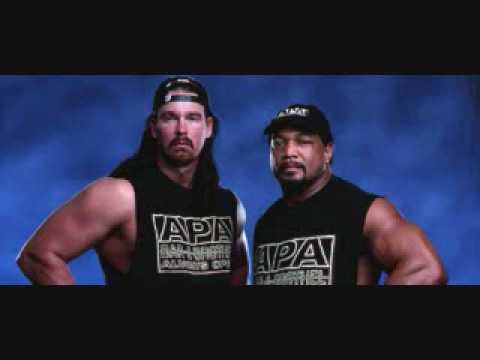 if JBL doesn’t come bottom I quit. A.P.A is saved by Farooq (1 & 3 respectively)

I used to bloody love the clothesline from hell. It didn’t occur to me that it looked so nasty because he was just beating the shit out of people.

Can’t go higher than a 2 really. Did enjoy the APA though.

Yeah exactly, it’s a great, hard-hitting move but then you realise he’s just doing it to be a cunt and it’s like oh, FS

Still, at least he got knocked the fuck out of his own tournament: 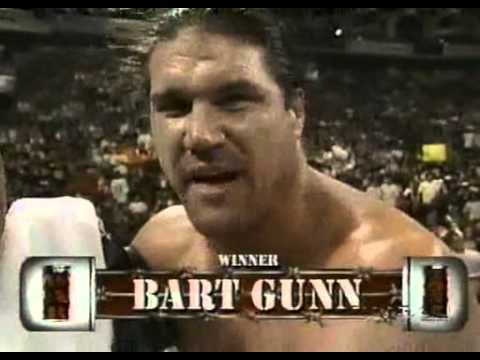 Always wonder what dirt JBL (like Jerry Lawler) has on Vince to still collect a payslip and occasionally appear on TV when he there are so many stories about him being a horrible bully. He turned up last week to offer his services to Keith Lee the other week ffs

Probably why he made such a great heel, living the gimmick and all that. Which probably makes him less impressive as a heel. Easy to get people to hate you when you’re a cunt

Didn’t Russo come up with the brawl for all partly as a way to see him get beat up?

I would say the JBL character did it’s job it just didn’t really belong on the last match of the night so often. His Dallas by way of President Bush persona was dead on the pulse and I thought his anti-immigrant stuff against Eddie, and to a lesser extent his condescending stuff with Cena was good character work even if he was far past his best as a worker.

But really nothing special on the working front. Also a horrible cunt, more so than just general wrestling cuntery and by all accounts an actual abuser - sooooo the limit here is a 2. 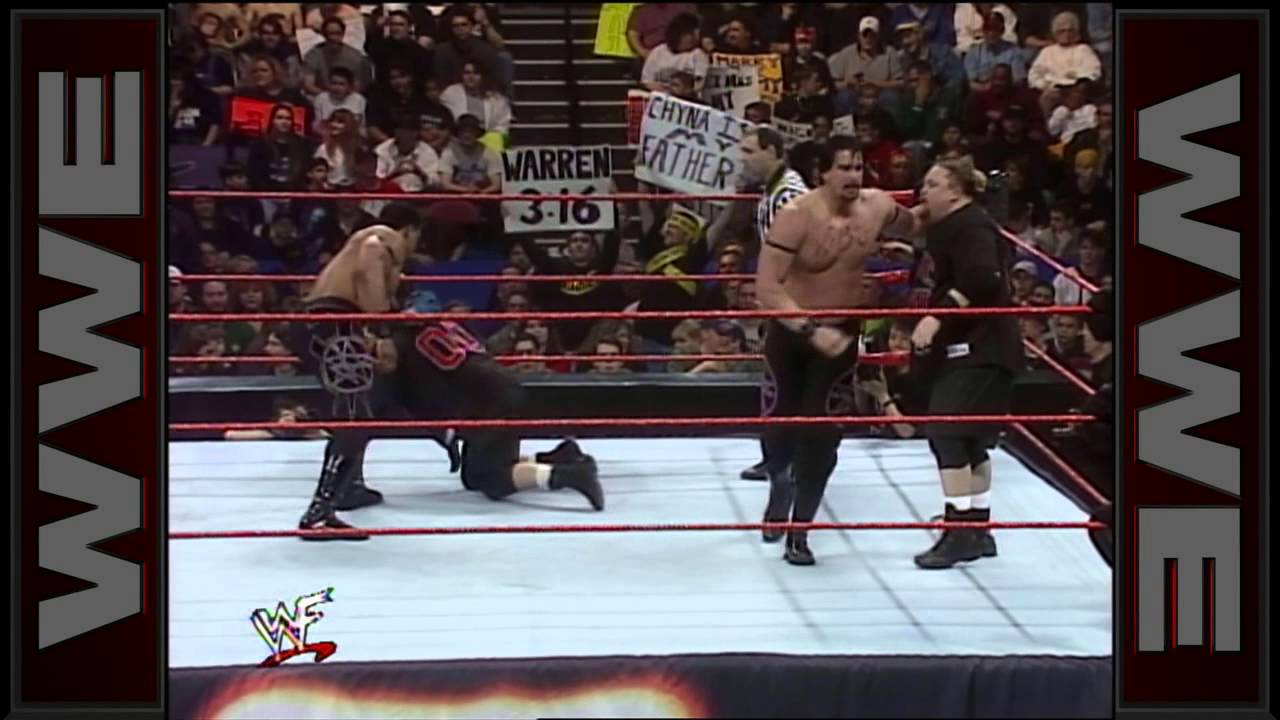 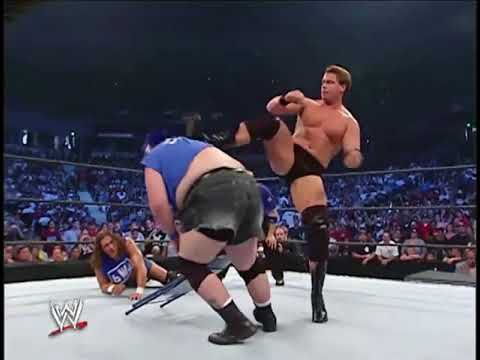 Kinda remember him as Justin Hawk Bradshaw, but don’t know much about him. APA seemed a weird tag team combo for Ron Simmons (who I had a lot of time for in his WCW days).

Shame I missed the Big Van Vader vote as I’d have boosted him slightly with a 4. I can see already that the leaderboard isn’t being very kind to the older guys.

Was tempted to put Rey in here but that feels a bit mean as that wasn’t really his fault, just a feel good sentimental pop followed by… Nothing

Always got the feeling that he probably always had a job because Vinnie Mac actually likes him. Doesn’t seem much of a stretch to imagine he and Vince have similar views about politics and bullying younger talent.

Always liked the APA as a kid, and he was definitely a good heel character but also, what a cunt.

Yeah apparently they often went and played golf together and it’s a good point really, probably just Vince not caring

Lol was this for One Night Stand?

Must say, shoot punching Blue Meanie aside he was on top form that night. Should have included it in the poll really

Certainly was, can’t find a full clip on youtube but he was fucking gushing after that too

Always remember this from late '02 too, at the time Raw was combining all the belts and eventually retired the hardcore and european belts into the intercontinetal. Regal simultaneously tests the hell out of him and makes him look a million bucks. 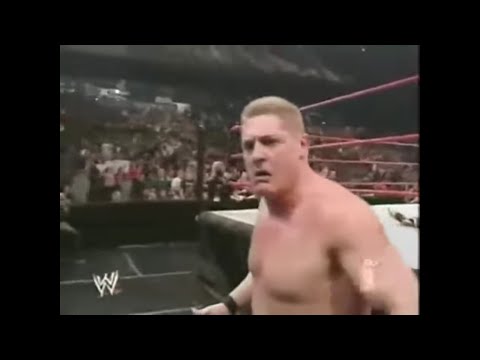 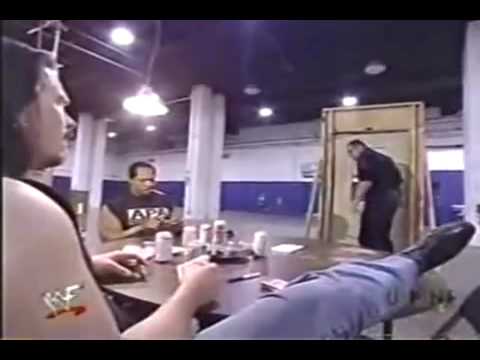 Can’t lie, I did love them as a kid