Thank you for participating in the Brodie Lee tribute thread, I hope we did him well.

And now, AHAHAHAHAHA… it’s time for the MILLION DOLLAR MAN, BECAUSE EVERYBODY’S GOT A PRICE (and some questionable optics over slavery which we’ll get into later) HE’S THE MAN WHO FORMED MONEY, INC. THE MILLION DOLLAR CORPORATION, NWO AND IS A LEGIT STAR IN ALL JAPAN IT’S “TRILLIONAIRE”… 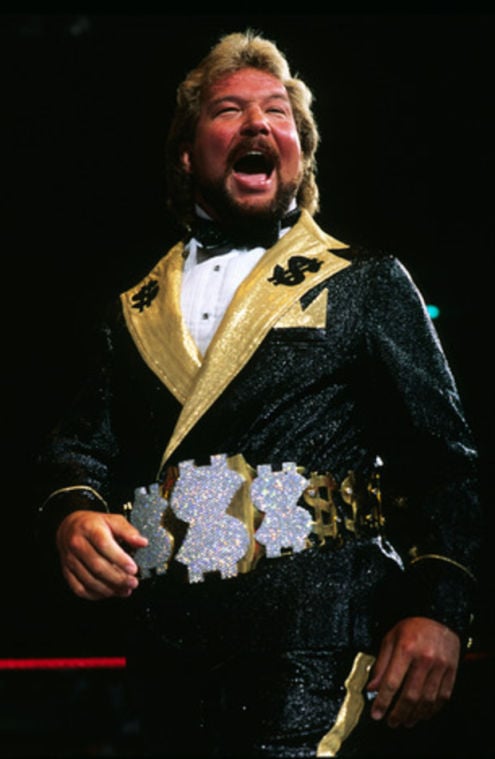 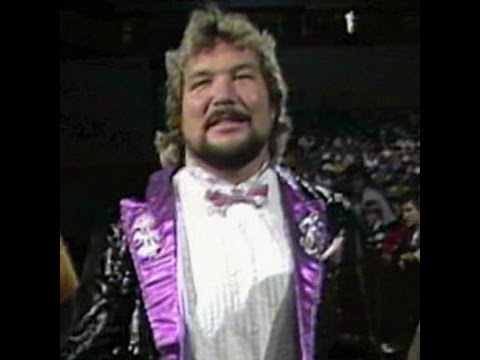 So, How Good Was Ted DiBiase really?

And as he won’t get his own thread:

How Good Was Virgil Really?

Used to wind my mate steve up by calling him ‘ted dire-base’ until he shouted at me ‘HE’S NOT TED DIRE BASE, HE’S TED DIBIASE! HE’S THE MILLION DOLLAR MAN!’

In hindsight Money Inc made no sense. Why would the rich man be so chummy with the IRS guy? No, no this doesn’t add up at all! 0/5

Nah, 5/5, obvs. I have a terrible memory but for some reason I vividly remember watching Money Inc vs The Natural Disasters at Wrestlemania VIII on tape. Such a great promo guy. Wee colossalhorse hated him so damn much!

as good of a reason as any

In hindsight Money Inc made no sense. Why would the rich man be so chummy with the IRS guy? No, no this doesn’t add up at all! 0/5

literally was going to be my first question, I guess it only makes kayfabe sense if I.R.S is actually a sneaky bollix and his “you must pay your taxes” shit is a front for his actual behind closed door dealings with Million Dollar Ted.

What a guy, what a laugh, what a character! Possibly one of the best heels in the late 80s/early 90s.
For some reason, I don’t remember his matches as much, but I totally remember him. From just watching him in 1990 Rumble, it reminded me of what he he could do in the ring.
Being given the Vince character and running with it so hard. Should have been given a proper title rein, but his Million Dollar belt was still iconic even though it was rarely fought for.
If you’ve not seen it, go watch the documentary on him called The Price of Fame. It’s really honest.

Obviously, looking back it now, the whole Virgil thing was quite dubious, but he managed to get him over and that was all because of Ted. Just look at what Virgil did afterwards to see the proof. I remember being so thrilled when Virgil hit Ted with the belt and split from him

On the side note of Virgil, give OOC back his tenner!

Ted DiBiase Worried About Current Status Of His Million Dollars

BEL, CA—Once known for his extravagant spending and diamond-studded outfits, former professional wrestler "The Million Dollar Man" Ted DiBiase has reportedly fallen on hard times, admitting Tuesday that he did not know the exact status of his $1...

I mean Vince obviously just thought, “they’re both something to do with money, perfect pairing.” Which is exactly how my 8 year old brain understood it tbf.

Just saw this on wiki:

“During one skit, [DiBiase] invited a young boy onto a stage and told him if he bounced a ball 15 times in succession, DiBiase would pay him $500. After the 14th bounce, DiBiase kicked the ball away, sending the boy home without pay”

It’s so terrible (I mean as in evil), but so good at the same time

Lovely stuff. Would have been funnier if he’d properly booted the ball away into the crowd but I guess I’m willing to accept it’s not worth risking breaking a small child’s arm just for a cheap laugh.

I’m willing to accept it’s not worth risking breaking a small child’s arm just for a cheap laugh.

Good gimmick, well worked and delightfully hateable in a way that fit the era. But his best wrestling (at least in the ring) was outside wwf. By that time he was past his best and covering a lot of his physical limitations but it never got too bad to be fair. That being said pretty competent on the mic, and surprising longevity despite being a bit of a one-note act. A 4 from me overall.

he did a similar thing with

On the side note of Virgil, give OOC back his tenner! 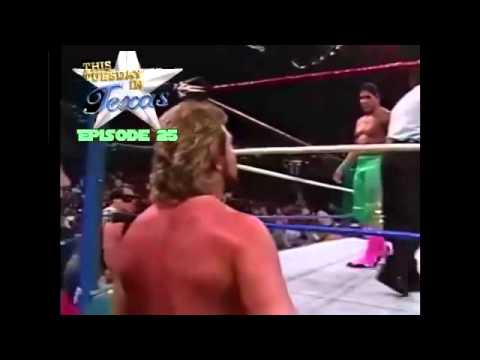