📺 How Good Was it Really?: Lost (aka The Rolling Lost Thread) 📺

The results for Fawlty Towers are in…

Breaking Bad reigns supreme, but can Lost usurp it? Almost certainly not.

I remember this trailer and being HYPED, it looked extremely my shit 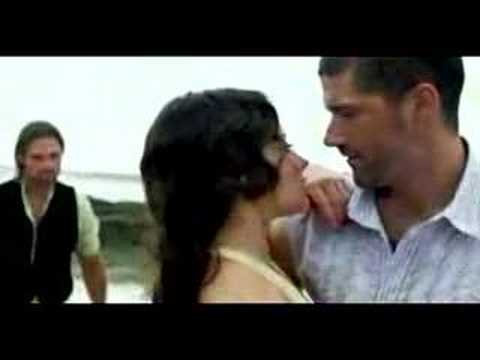 And then I watched the first four episodes, decided it was shit and never watched it again.

honestly can’t remember much about lost, it ran through me like gruel

When did it move off channel 4? I watched up until that happened.

Really liked the idea, really really hated that there was no overarching plan for the story and it was totally made up as it went along.

Watched the first series across a couple of fake dvds that my sisters boyfriend supplied us with. Once they dried up I never saw any more of it. I think they were about to go into a hatch.

Got nearly to the end of the first episode and there was a polar bear in the jungle or something. Quit immediately. Prob the worst show ive ever seen.

Dipped in and out over the years. Absolute fucking nonsense for the most part. Last episode was one of the worst episodes of television I’ve ever seen and I grew up with RTÉ’s in-house programming.

greatest TV show of all time

i do remember that att lost was seen as the prestige successor to the sopranos, or at least the first direct beneficiary from tv being taken more seriously by cultural critics. still think it was a great idea executed very poorly.

Was bang into this at the time, even as it fell apart at the seams. The last two seasons were just a bunch of different scenes on shuffle, made no sense whatsoever

That said, S4 was one of the best seasons of TV ever: flashforwards were brilliant, as there was twice as much plot per episode rather how Jack got his tats or something, and the writers’ strike meant the season was short and focused - a tight single album rather than a meandering double

The Constant and The Shape of Things to Come are two of the best eps of this or any show, real talk

Think you can get away with making things up as you go along if there’s a solid base to it (mythology or whatever). If it’s just throwing whatever you can on screen then it goes wrong quite quickly.

this is, without a doubt, the best cold open to any tv episode ever

I’ve got some takes for this but I’m in the middle of a bunch of work damn you Juke! Let’s just all remind ourselves that I love LOST and I’ll be back with my lukewarm onions later in the day. Suffice it to say that I think it’s a fucking phenomenon

Watched the first series and thought it was brilliant then don’t think I ever watched another? I’ve got no staying power when it comes to drama and I pretty much don’t bother anymore.

Apparently they made the whole lot up!