📺 How Good Was It Really?: Malcolm in the Middle, Goodnight Sweetheart, OFAH, X-Files 📺

Hello, and welcome to How Good Was It Really?, or as the kids are calling it, HGWIR?

Over the next few hundred weeks, I’ll be selecting TV comedies and dramas for YOU to have your say on whether it’s a humdinger or a bumdinger.

Will there be polls?

You’re damn right there will be polls!

Will there be a league table?

You’re damn right there will be a league table!

Join me on this adventure through the past, as we decide… how good was it really?

1. MALCOLM IN THE MIDDLE Malcolm in the Middle is a source of constant debate on DiS. There seems to be two schools of thought: it’s a funny, intelligent show that holds a mirror up to modern-day middle America, or that it’s basically okay but for children. Which side are you on?

Never watched an episode of Malcolm In The Middle.

I am firmly on Team Malcolm. 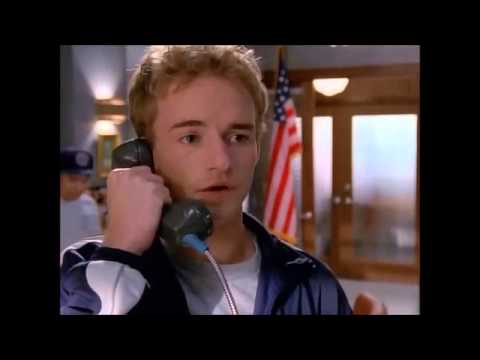 Thank you for doing the right thing and refraining from voting.

If anyone has any requests for future episodes of How Good Was It Really? (HGWIR?) please PM me.

After a few days I’ll post the average score for each show and pop them in that all important league table, and we will then finally have a definitive ranking of all the TV shows we love, and no more arguments will ever happen again.

It’s not controversial to admit that you were wrong, Bam.

feel the jump between the descriptions of 2/5 and 3/5 is a bit too big, there should be an “it was good but probably wouldn’t bother rewatching it” option

nah it’s just usual Bam big picture opinions and not particularly related to Malcom which I remember being okish.

but then the jump between 2 and 1 would be too big. It’s a minefield Jamos it really is.

it really is, which is why you have my utmost respect for taking on such a perilous endeavour

The numbers are there as a rough guide. Just follow your heart, everyone (and ideally give MitM 5/5)

Sounds to me like you need more numbers. Have you tried six?

PS this is a fucking awesome thread idea congrats

Regularly think about funny bits from it. Absolutely a classic of our time

I’m scared to go back and rewatch the early series of X-Files. I hope it’s still brilliant.

really want to give it a rewatch

I rewatched it fairly recently and thought it was a lot better than I remembered (and I remembered loving it.)

It feels way ahead of its time politically.

early X-Files is pretty fun. iirc it can be a bit hit and miss, but that’s better than when it became really arc-y and shit.

save it for when we do the X-Files, nerds