Not so much a quantum leap as a mild stutter as HGWTY wakes up after a brief nap to find we have moved on 3 years from the last thread to a critical review of 2010.

2010 was the year air travel across Europe was grounded by an ash cloud from Iceland’s Eyjafjallajökull volcano , Kathryn Bigelow became the first female winner of the Best Director Oscar for The Hurt Locker, UK Prime Minister Gordon Brown was recorded referring to a member of the public as “some bigoted woman,” BP’s Deepwater Horizon rig exploded, sank and created the largest marine oil spill in history and Paul Gascoigne took a can of lager, some chicken, a fishing rod, a Newcastle shirt and a dressing gown to on-the-run multiple murderer Raoul Moat after a bracing fourteen lines of coke.

You have until Friday 9th September to nominate one album and one song which will then go into a poll along with a number rating poll for year overall out of 10, which will close on Monday 12th.

Joanna Newsom - Have One On Me

Errors - Come Down With Me

Nominate album: Four Tet - There Is Love In You

Laura Marling - I Speak Because I Can

LCD Soundsystem - This Is Happening

Robyn - Dancing on my own

The Knife - Colouring Of Pigeons

The Tallest Man on Earth - Kids on the Run

Gil-Scott Heron - Me and the Devil

Song nomination Robyn - Dancing on my own 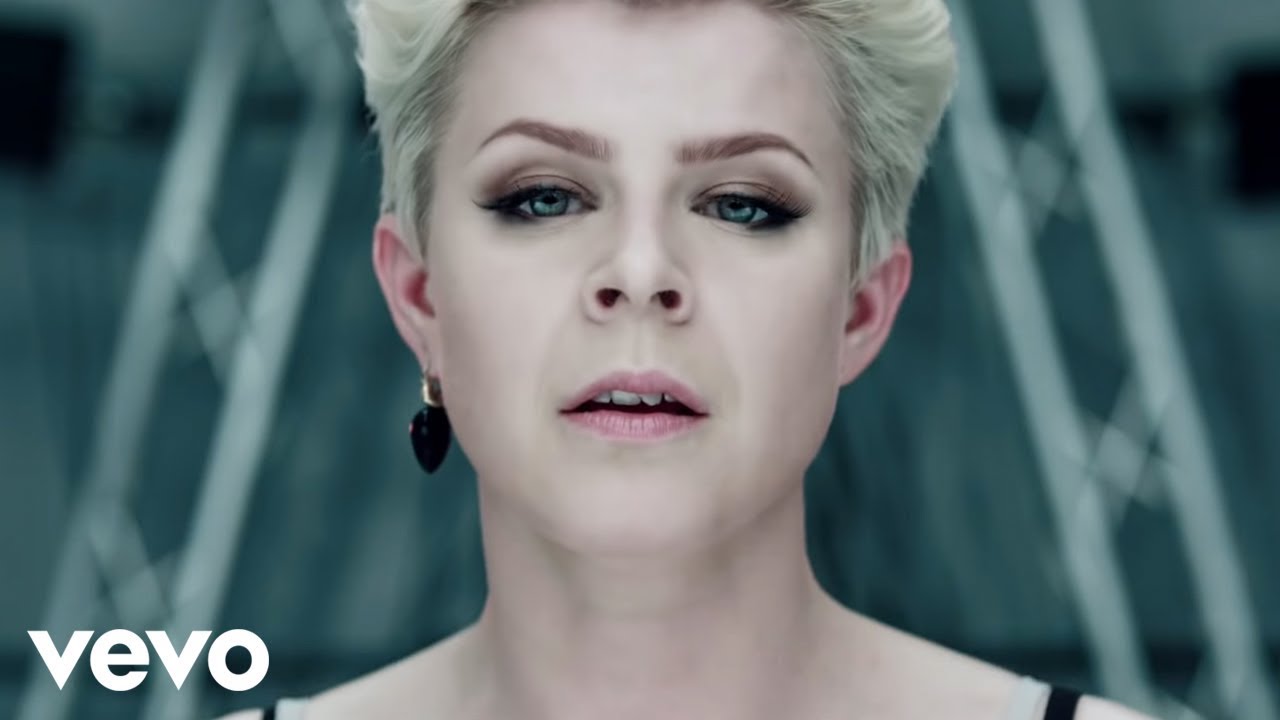 I’m interested to see if ‘The Suburbs’ makes an appearance. I’m sure someone will nominate ‘Age of Adz’ so I’ll
Nominate album Broken Bells - s/t 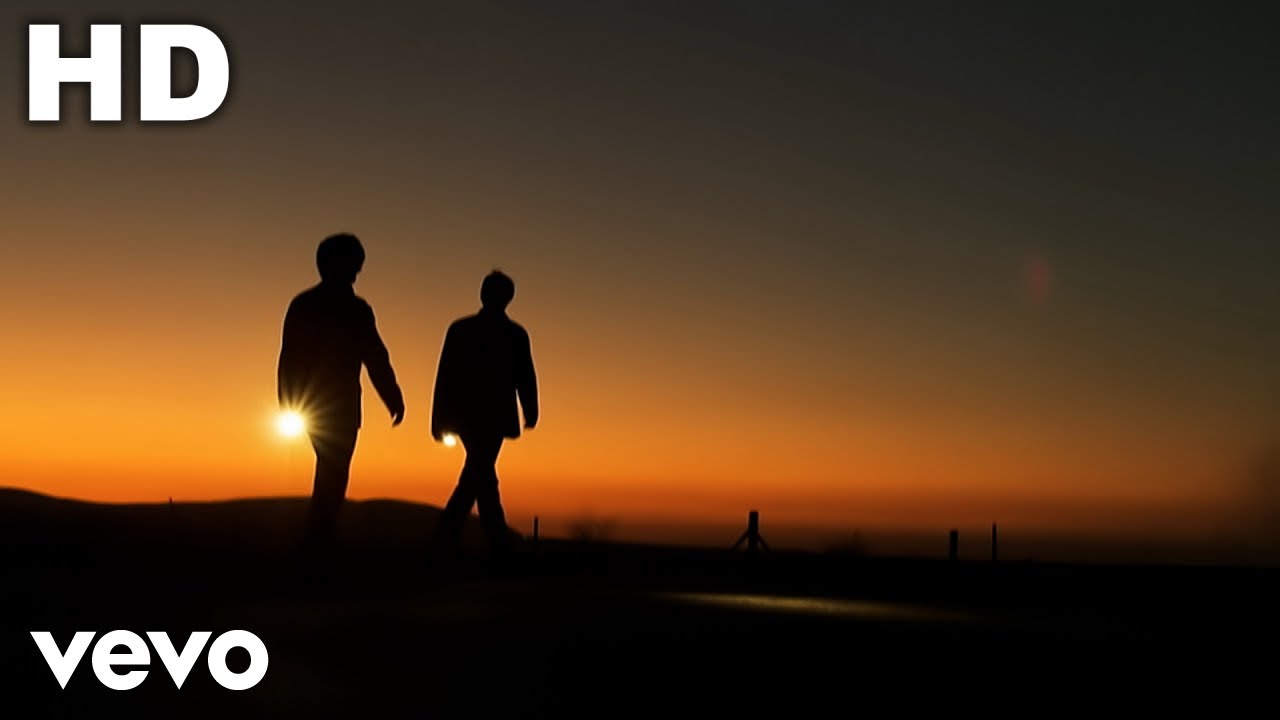 Three absolutely amazing albums vying for my nomination. I’m going to leave them unnamed for now while I ponder and re-listen and hope that in the interim at least two of them get nominated.

The only time I miss you
Is every single day 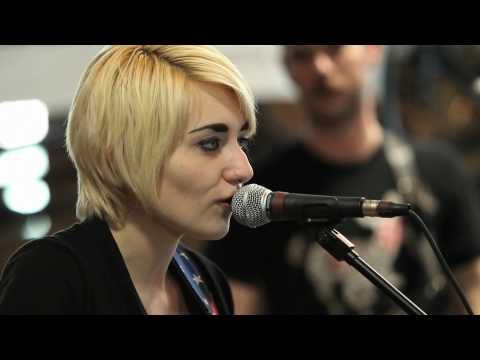 Nominate Album: Joanna Newsom - Have One On Me 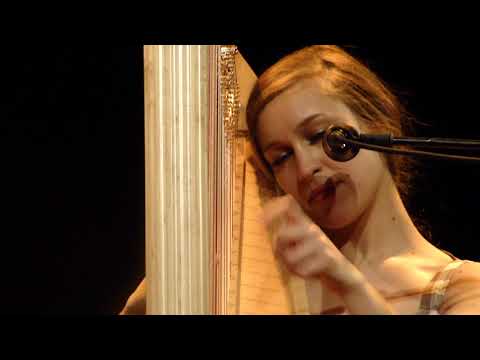 Hooray - one of my three potential nominees ticked off the list! What an album this is. 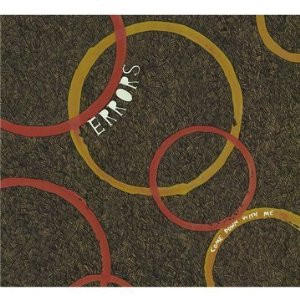 Errors - Come Down With Me

Explore songs, recommendations, and other album details for Come Down With Me by Errors. Compare different versions and buy them all on Discogs.

and from the same album
Track nomination 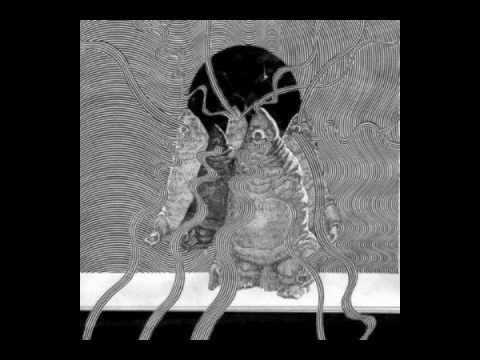 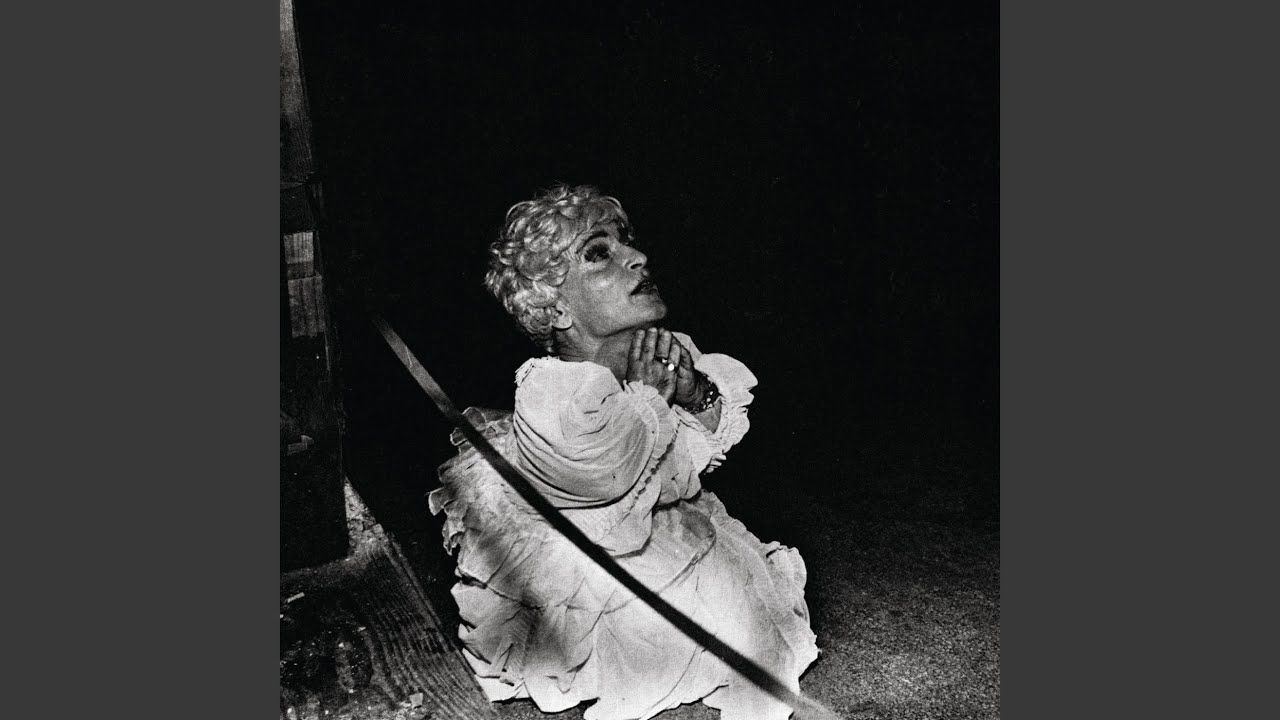 Think 2010 was probably the last year where I felt I was totally plugged in to what was going on around me at the time. Might have even done a top 100 for 2010 for a music blog (remember them??) which I might try and dig out later.

Anyway, Album nomination is Sun Araw - On Patrol, no question - absolute all timer for me 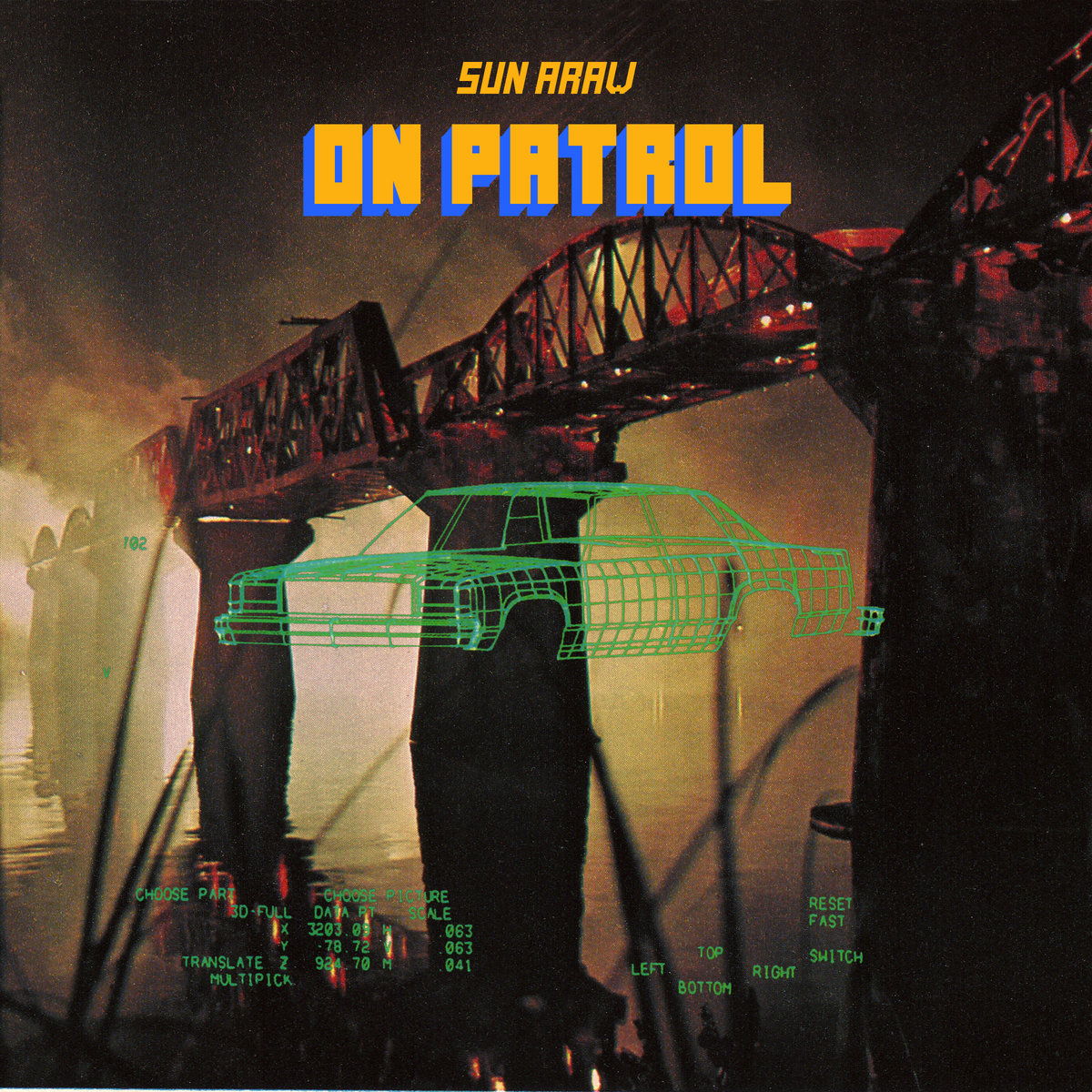 Song of the year is also really easy. At the risk of splitting the Joanna Newsom vote - Joanna Newsom - Go Long. Think it’s her best song, which is really, really saying something 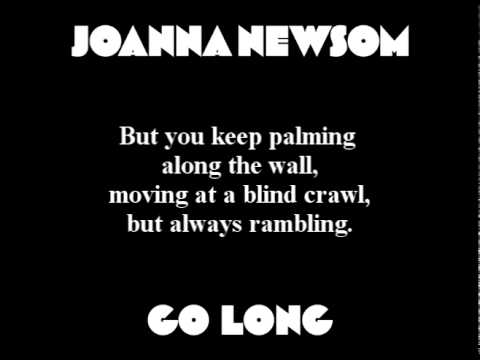 Got a clear cut choice for album and song but gonna hold off to see if someone else nominates them first.

In the meantime, candidates for 2nd and 3rd album on the list:

Autolux — Transit Transit
The Soft Moon — The Soft Moon
The Naked and the Famous — Pass Me, Aggressive You
LCD Soundsystem — This is Happening
The Radio Dept. — Clinging to a Scheme
Los Campesinos — Romance is Boring
BRMC — Beat the Devil’s Tattoo

Far too many songs. Will have to come back to this one.

Some other belters that haven’t been mentioned yet 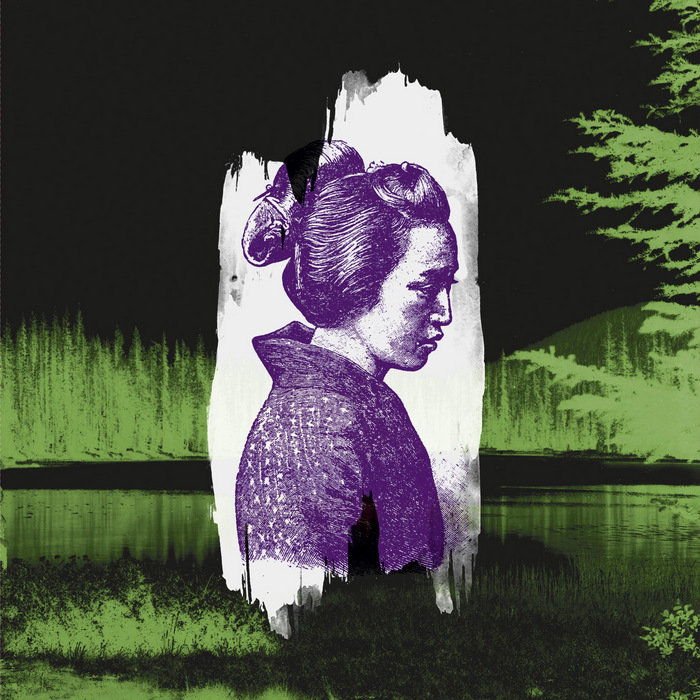 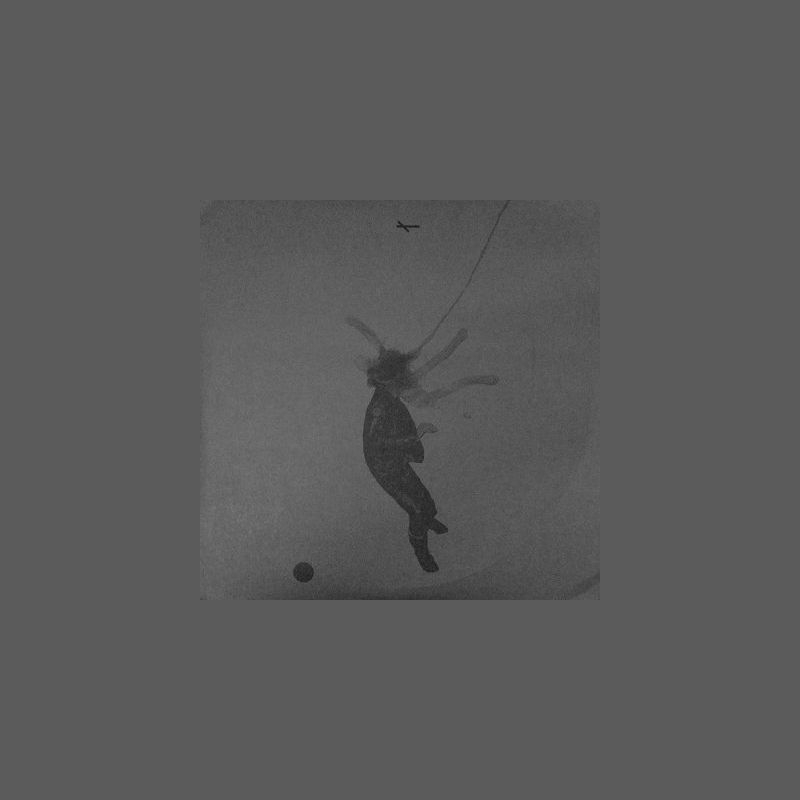 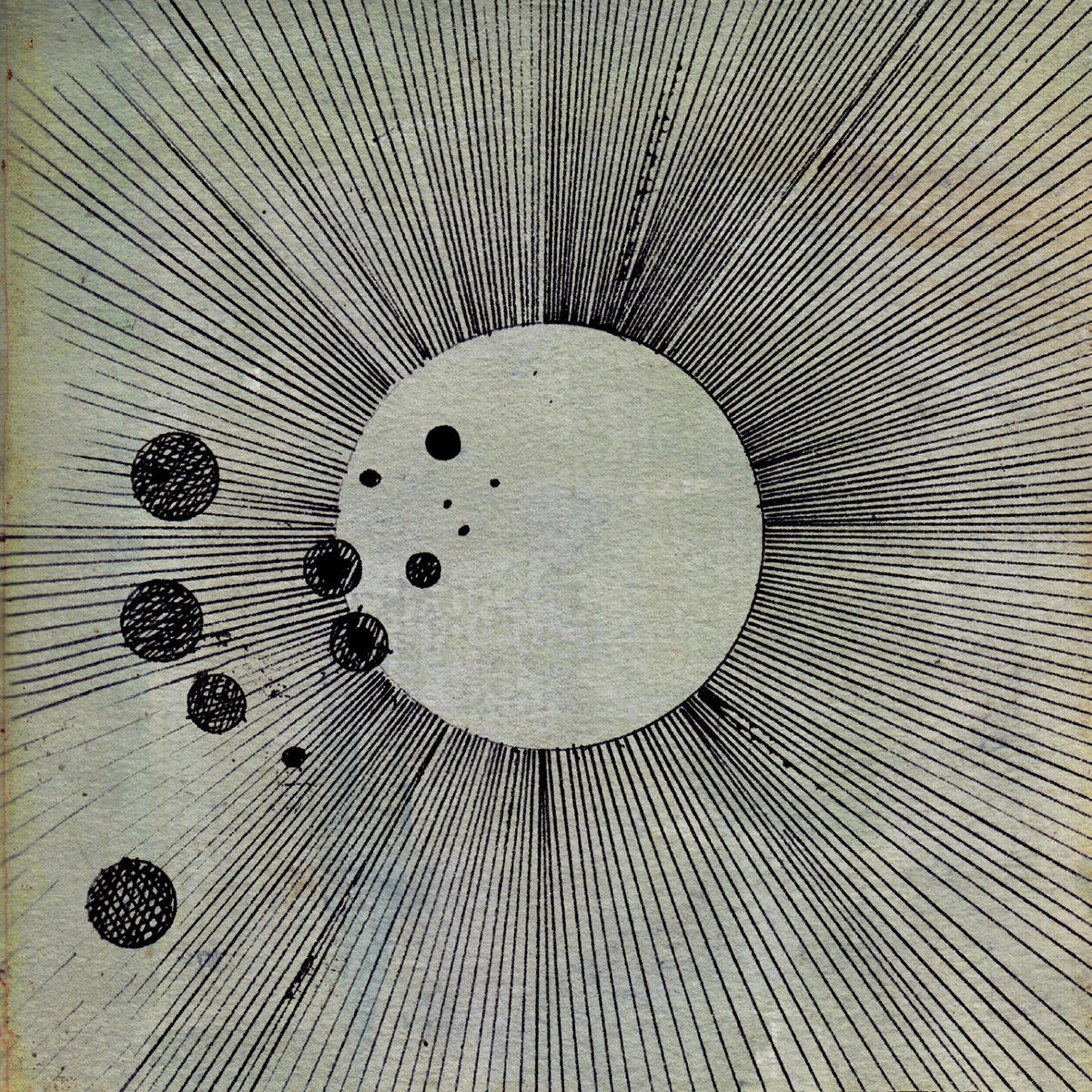 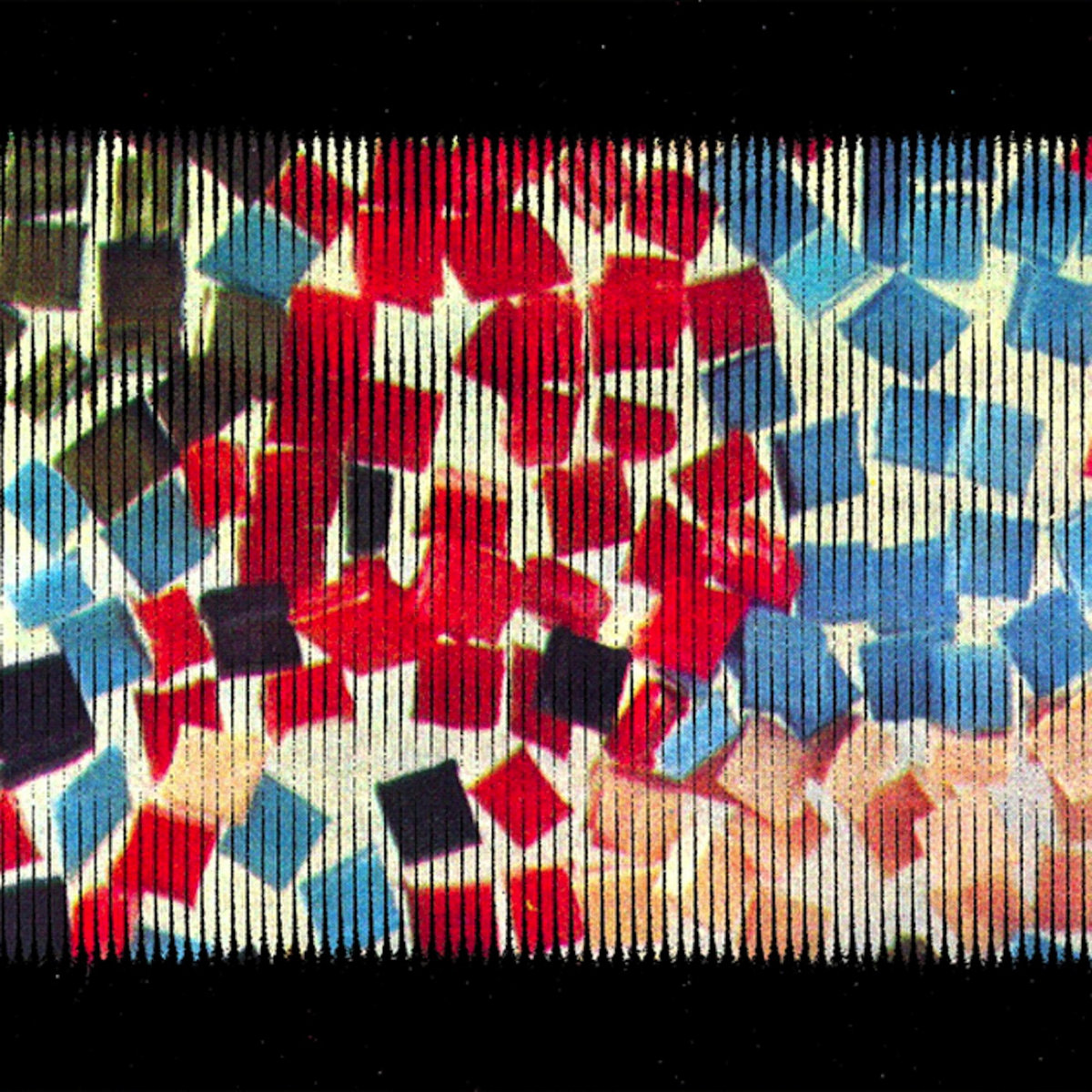 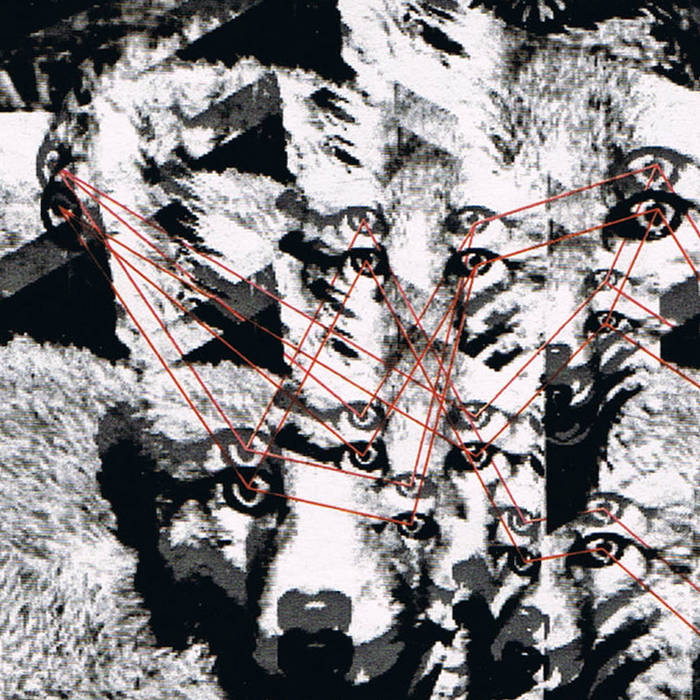 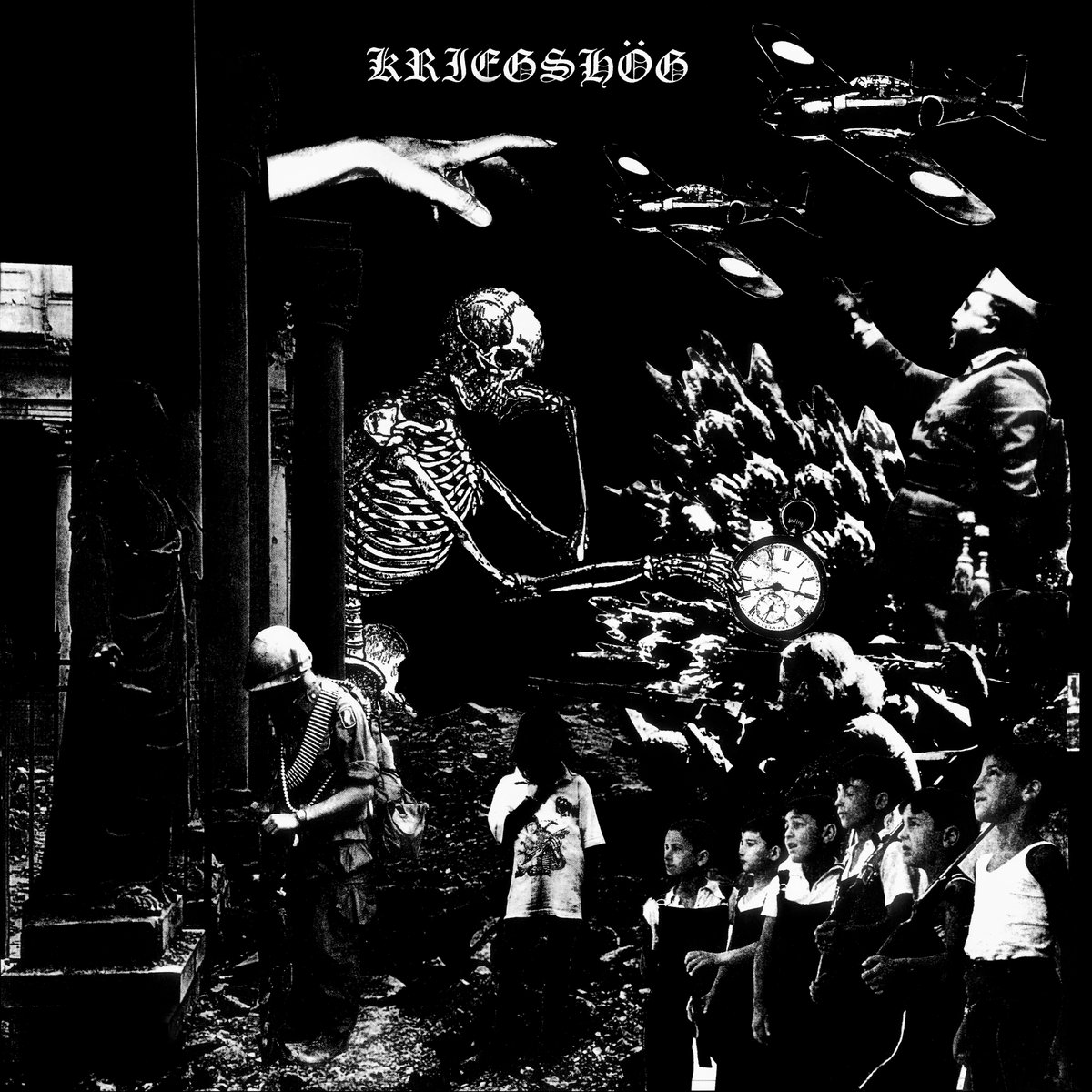 Yep. Clinging To A Scheme is a belter, but may not be my nomination either……

The first thing I think of when it comes to 2010 is Titus Andronicus’s The Monitor. I was OBSESSED with it, maybe the most temporarily obsessed I’ve ever been with an album. I still think it’s great but a lot of its impact has burnt away with time. Maybe it was the ultimate right time, right place album.

Aside from a few of the peaks I’ve gone off The Suburbs pretty hard. Haven’t listened to it in years and the idea of sitting through it seems like an ordeal.

Albums I liked at the time:
Deftones - Diamond Eyes
Woods - At Echo Lake
Swans - My Father Will Guie Me Up a Rope Into the Sky

Deftones is the only one I still listen to (and whose stock has risen over the past couple years). Should probably revisit Woods, I remember it being a nice album.

Still need to think about nominations, but High Violet feels like the longterm AOTY.

Wavves feel extremely overlooked / forgotten about on here. King of the Beach is such a weird blast of energy, I love it.

Just a perfectly constructed song here and one of the catchiest things I’ve ever heard. That outro takes things to another level. 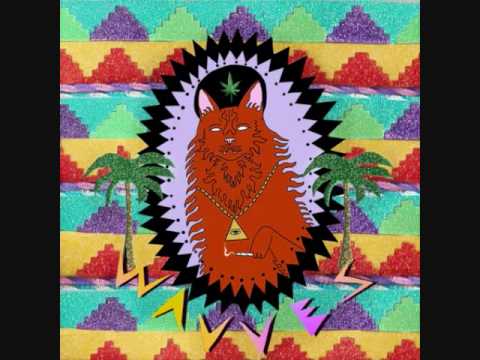 Realistically I’m going to be debating between these two songs for nomination: 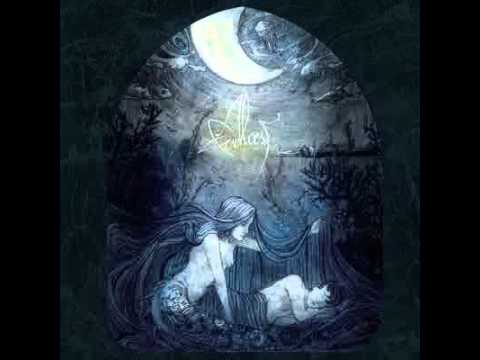 Tamaryn - Dawning
Listen to how magical this is 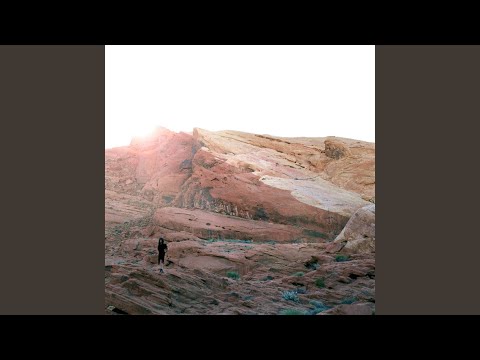 Hoping others will get the big hitters by Titus Andronicus and The National in there.

One of their absolute best, wish they were this energetic and loud all the time. 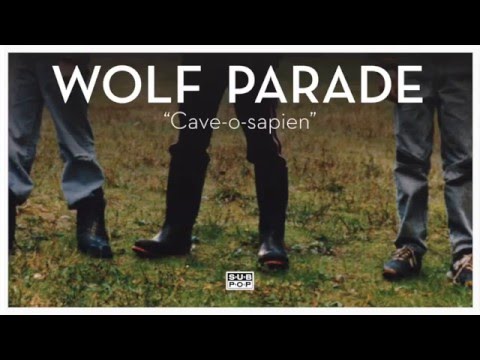 2010 was such a good year for me music wise. My favourite albums were gorillaz - plastic beach and liars - sisterworld
Album: plastic beach, gorillaz
Song: scissor, liars

loads of awesome midwest revival emo/ screamo albums coming in on the fourth wave like Youthpictures…, everyone everywhere, joie de vivre, cstvt, midwest pen pals, merchant ships and lastly but first for me with its post hardcore edge Caravels. 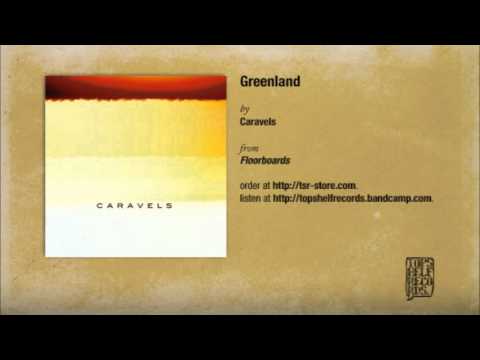 Lots of great and differing electronica too with the likes of Active Child, Former Ghosts and Fitzsimmons curious little foray in to the field sitting atop the pile. 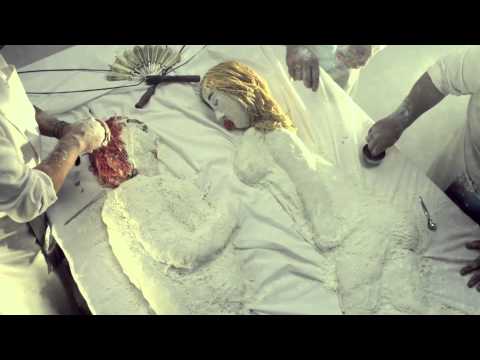 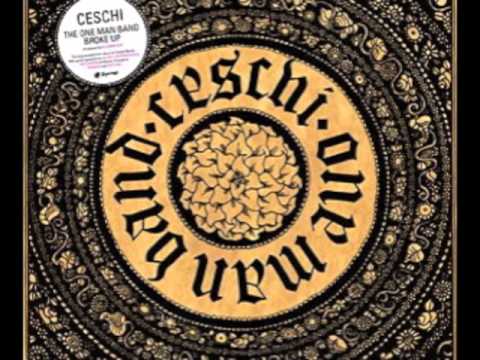 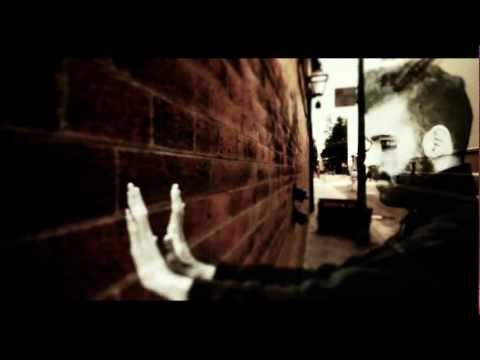 Massive year for a branch of electronic/dance I still adore with all timers from Four Tet, Caribou, Bonobo, Pantha du Prince, Hot Chip, Radio Dept & Emeralds. So in that vein:

Nominate album: Four Tet - There Is Love In You 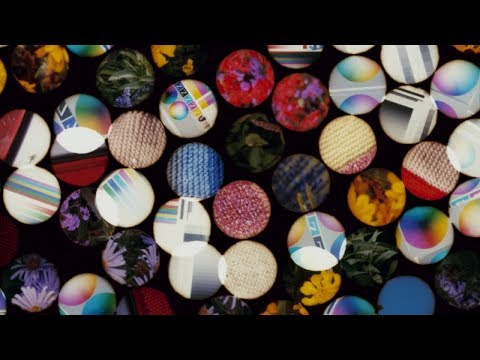 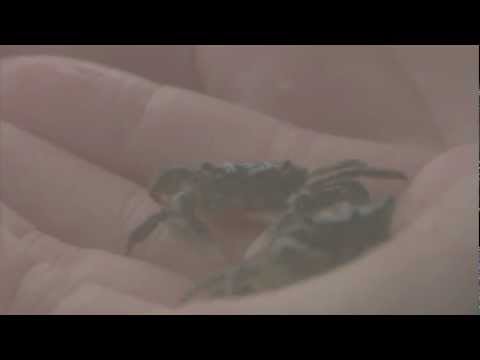 Somehow forget them in my post initially, one of my favorite early pandemic discoveries. 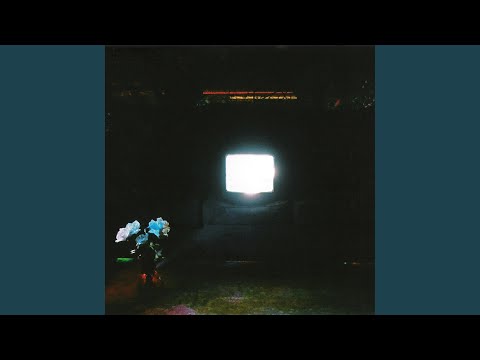