How many bananas do you eat a week?

This guy makes most of you look like an amateur. 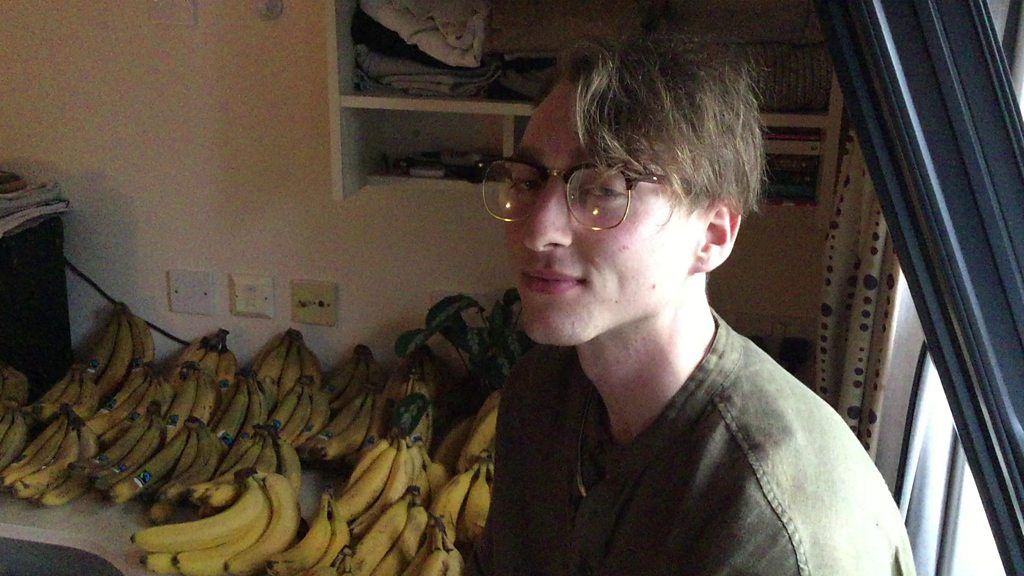 The man who eats 100 bananas a week

Of course he’s from Bristol. Of course.

can see his guardian article in two years time ‘i almost died from a banana-based lifestyle. we must take action against these dangerous fads’

Bananas have been around for ages, mate.

You heard the man, get to it!

none as I’m allergic. What a stupid fucking allergy though, why bananas, I liked bloody bananas! Stupid immune system.

Better than being allergic to i) outside (pollen) and ii) inside (dust), tbhtbf.

this is true, they are pretty easy to avoid. I’m also allergic to pollen but not in a life threatening anaphylactic way.

I got your back bro. No idea what banana tastes like (banned act), but also allergic to strawberries which I loooooove. Fuck off, body.

One for breakfast each day Tuesday - Friday. Don’t have one on Monday because I’ve usually eaten loads on a Sunday meaning breakfast is not needed.

it is the coolest allergy to have obvs.

Used to eat the yellow bastards all the time as a kid, then I started feeling a slight burning sensation on the tongue so packed them in. About ten years ago I thought I’d try one again and nearly went full anaphylaxis, tightness of chest, itchy rash, swollen eyes and then a night of crippling stomach cramps. nice.

Blimey, we nearly ran out of astronauts there.