How much is a sheep?

Just one. Where do you buy them from?

Where do you buy them from?

Depends if you want a Ryland, a Jacob or a Texel Cheaper than a new lawnmower. Might get one for next year.

Rams are a pretty penny, you could probably get a ewe for about £70.

How long does a sheep last?

An old boyfriend’s dad used to lecture in farming or something to do with cattle and that. He once had his arm brokwn whilst elbow deep in a cow but that’s besides the point. Anyway, i guess part of the course was teaching slaughter too as their freezer used to have entire butchered sheeps in and he would pay the uni £60 for the whole animal so they must have been buying them even cheaper than that.

Are we talking naturally or before y’know…?

A few years ago you used to be able to buy a whole lamb (butchered) for about £70-£80 round here. Think they’ve probably gone up in price since then.

Also no idea if a whole sheep would be more or less expensive.

Apparently you need a LOT more freezer space than you’d think for one. Even just a lamb.

This was in 2006. They once had the ribs of a cow, both sides in their freezer too (cut into sections). Think they had extra meats freezers somewhere.

My gran’s neighbour had a sheep. Nice little guy. Definitely kept the grass low but also ate basically everything else.

Think sheep could sharpen up their image if they had a rethink about their eyes.

Goats can pull off demon eyes and still be great lads, but sheep…it’s just unsettling.

Real big fan of sheep as it happens, but I also class a few of them my mortal enemies (the ones that have chased me)

This one chased me. Look at her, ofc she did. Used to have two lambs, Lamborgini and Baaserati (I was like 10 or something so I didn’t name them). Used to love feeding them their milk, the way they’d dunt the bottle with their heads with their wee tails going daft with excitement. Eventually the farmer next door moved his sheep in with them and over time I forgot which ones were ours.

Best photo I’ve ever taken of a sheep Taken at the top of the Bwlch 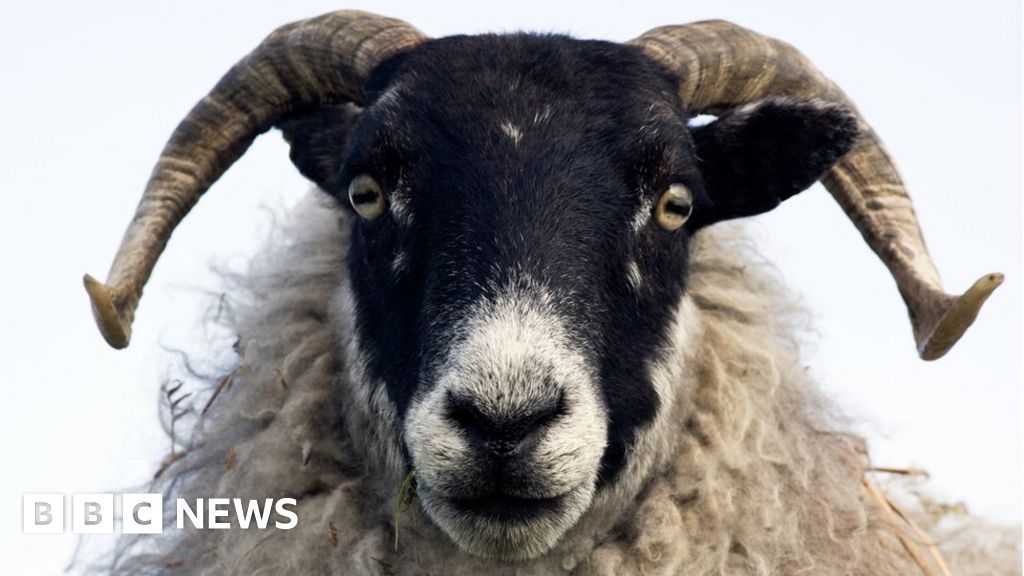 Of course they can!