How much time do you give something before deciding it's shite?

This thread inspired by @ericthefourth blatantly not having watched more than about twenty minutes of Game of Thrones.

For TV, I try to give stuff two full episodes before writing it off, because pilots are unreliable.

Books, I’ll probably finish it if I’ve started it tbh, then give it a one star rating on Goodreads because I’m savage af.

Computer games, probably half an hour, if that. Plenty more where that came from (a Humble Bundle from two years ago, probably).

I believe you are correct with all of these.

People – I give them about 20 minutes. Fucking people…

TV shows- I’ll ditch them if I don’t like it within the first few minutes.

Books - no qualms with binning it if its not grabbing me

Computers - N/A because I am an adult.

I watched two whole seasons ya turkey. I turned stranger than things off after about 45 seconds which i think was a new record.

Do you not worry that you’re missing out on a bunch of stuff that’s slow to get going?

I thought this blog on TV was a good one: 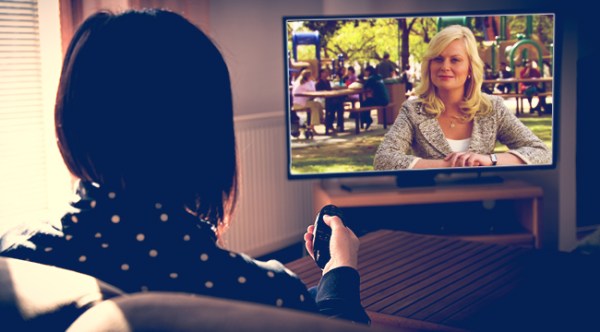 Does Anyone Still Have Time To Wait For Shows To Get Good?

In the current, crowded landscape, will viewers have the patience to wait for series to come into their own?

Like you I tend to slog through a book unless it’s truly shit.

Computers - N/A because I am an adult.

Let’s not get mean and judgy.

I’m now onto season 3 of the Leftovers despite deciding it was shite 30 minutes in. It only gets more ridiculous with each episode too. Why I am I doing this to myself? (nothing to do with me fancying the pants off Carrie Coon)

I used to always finish books even if I didn’t like them, but I’ve become very impatient with them. I started Gravity’s Rainbow the other week, I realised that I just didn’t care about what was happening. I thought I was about 50 pages in, it was only 20.

TV shows - Eh, I know pilots aren’t always a good indicator of later quality, but they have to have something. If the pilot catches me to some degree, but goes nowhere, probably only another episode or two. Then again, there’s a difference between “not for me” (GoT) and “this really is shit” (The Mist)

books - seems like I usually make it halfway before checking out, but I rarely do that.

Subthread: things you thought were shite but changed your mind after persevering with.

Mad Men is the biggie for me. I think I watched the first two episodes three times before deciding to stick with it and see what the fuss was about.

TV shows - Eh, I know pilots aren’t always a good indicator of later quality, but they have to have something. If the pilot catches me to some degree, but goes nowhere, probably only another episode or two. Then again, there’s a difference between “not for me” (GoT) and “this really is shit” (The Mist)

I did give up on Santa Clarita Diet after the first episode because it was the most insultingly stupid thing I’ve ever seen, so I guess there are exceptions.

Read 900 pages of infinite jest before binning it. If ive gone that far i’ll usually finish out of bloodymindedness but that utterly defeated me.

TV shows - can range between 10 minutes (utter garbage) and half a dozen episodes (just not for me).

Books - very rare that I’ll sack one of them off, even if it’s a bit of a slog. I usually find there’s a decent pay-off in the end. The notable exception to this is Life of Pi which was a case of either the book dies, or I do.

Albums - can’t remember the last time I listened to one all the way through.

ditto. that one was exceptionally awful. Was very surprised at some of the positive reviews it got.

I know literally nothing about this, but as a layman, although they can differ wildly from the resulting show, shouldn’t pilots be at least a sort of ‘best case’? They’re supposed to hook you/get more of it made, so I’d hope to be gripped on some level.

Every time someone mentions a pilot I think of the Lost pilot, and then I want to watch Lost again. Freaking love Lost.

I wish I turned it off after 45 seconds

some things you know are total dogshit within about 30 seconds