How’s the festival of Brexit going?

They rebadged it as Unboxed last October

I just spent an hour seeing what the culture secretary and Brexit opportunities minister have been saying about it and couldn’t find anything. Nor anything from prominent brexiteers like Steve Baker

Anyone attended any of the events? Or seen any coverage?

@Springwritenow
The art is great though: - Dandelion looks amazing; involving some quite spectacular grassroots projects in Scotland (excuse the pun!) - DreamMachine *is* amazing; did one of the test events, wow. - And PoliNation is exactly what we need right now. Can't wait to see them all! twitter.com/DrownedinSound…

The Festivale du Brexit aka @unboxed2022 had events this weekend Anyone seen an MP post about it? @NadineDorries’ feed is wall to wall Daily Mail bashing @Keir_Starmer - nowt about it nor solving the cost of living crisis or supporting “culture” post-Brexit. #priorities https://t.co/cabaqIEJTq @thenitinsawhney
@DrownedinSound I hate Brexit, marched against Brexit and still think it was a stupid idea. When I was approached to score this excellent idea about human connectivity by@59productions no mention was made of Brexit or govt funding. I was paid less than for a tv doc score. People love the show.
CillaCrack 4 May 2022 06:44 #2

I’ve got tickets to see DreamMachine in June. I had absolutely no idea it was anything to do with BrexStock.

I’ve got tickets to see DreamMachine in June. I had absolutely no idea it was anything to do with BrexStock.

Seems to be intentional that they’ve removed any mention of Brexit. 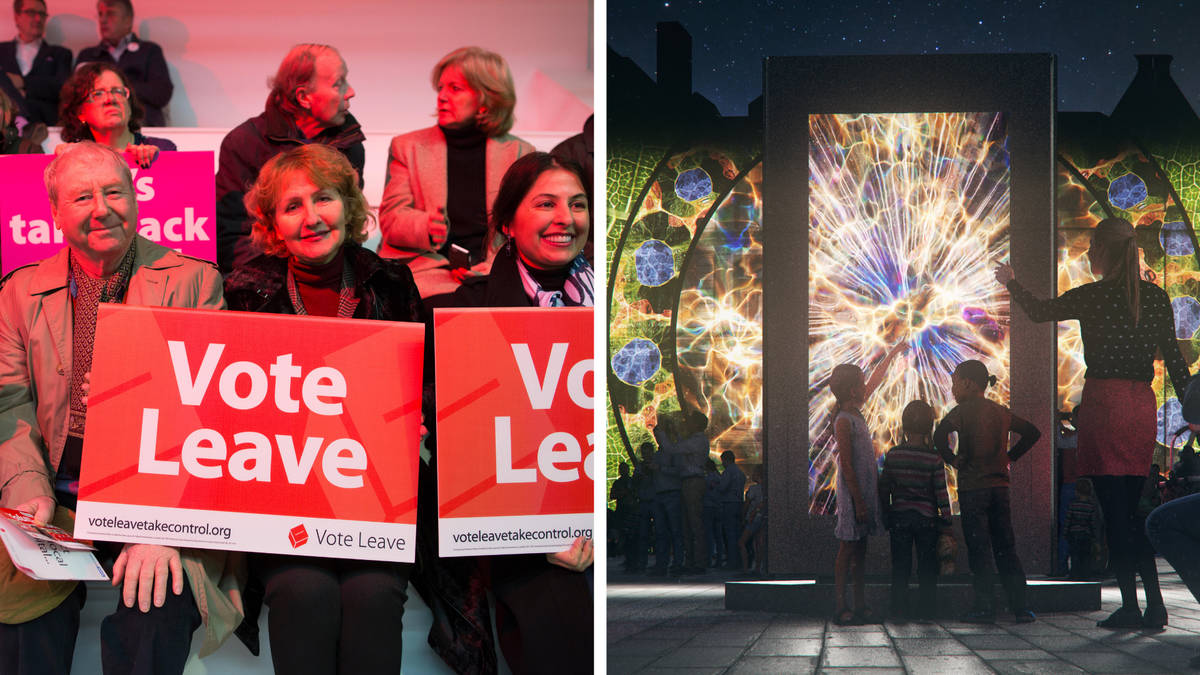 The event, dubbed the 'Festival of Brexit', has been officially named 'Unboxed: Creativity in the UK', in an apparent move to distance the celebrations from the UK's departure from the EU.

Is PoliNation the plastic tree thing? Assumed that was coming to town as something to do with the Commonwealth games. Expected anything to do with Brexit would be flag shagging stuff.

There was a DCMS committee report on the government’s events strategy back in March that was particularly scathing about Unboxed.

It said: “The Government and organisers have great ambitions for this year’s “festival of creativity”, Unboxed: Creativity in the UK, but have thus far failed to communicate a compelling vision for it to the British public, or to develop a meaningful plan for touring it internationally. With so little time to go before the festival’s programme begins, we seriously question whether it will deliver return on the £120 million investment for the public purse or simply prove its sceptics right.”

It’s going to be expensive, crap, and no one will be happy with it. So, the perfect brexit metaphor.

We can’t go on together
With zero curious minds

Have Colonel Mustard and the Dijon 5 been announced yet?

‘Celebrate the relationship between the earth and the moon through talks, cinema, music and games’ wow, sounds wicked!

Saw ‘Tour de Moon’ mentioned somewhere the other day and looked it up. Still don’t understand what it is.
Just look at the glamour spots it’s visiting though!

This is just a squaddie tour of military bases then?

No it’s a celebration of the relationship between the earth and the moon through talks, cinema, music and games