ah don’t be so modest

They’re not all active every week so I’m able to chop and change. Lots of shared members between projects too so that makes it easier. It does mean meticulous planning of my free time but I love doing it.

I can’t organise my one band
And I’m the only one in it!

Too many fingers in too many pies, all a little bit linked, and not quite enough time to do all of them as well as I’d like. I’ve got a music blog, writing about Brighton Bands, which I’ve been doing for about six years, but I don’t have half as much time as I used to to write it, and it just feels like hard work a lot of the time.

Part of the reason for starting it was to do more photography, and that goes quite well. I’ll take my camera along to gigs and be happy with the shots I take, and last year I bought myself a medium format film camera and started a project to shoot bands for the blog. That’s going like a dream - the camera is incredible and I’m really proud of the photos it takes: 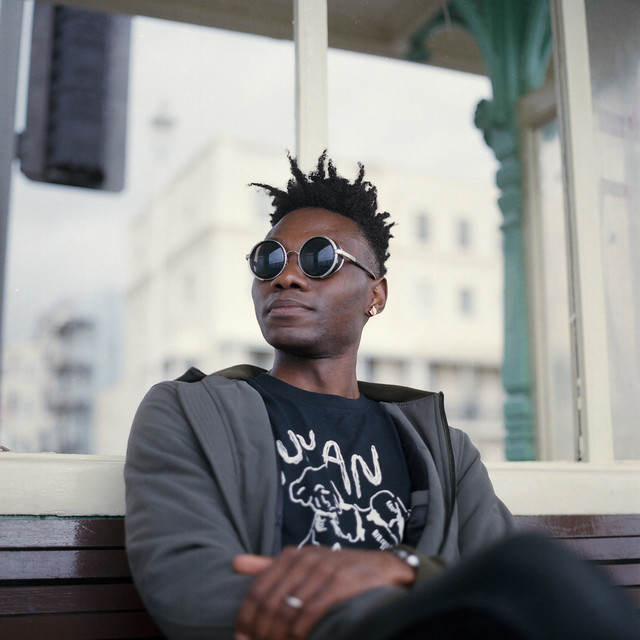 Then there’s the music thing, which I really don’t have any time for - maybe an hour or two a week if I’m lucky? That’s going OK, and in a funny way, not having much time to work on things means that the ideas stew for a bit longer in my head and are more fully formed when they come out.

Music: just about finished track 3 of 4 for my first weird drone ep.

Blog: started doing a bunch of drone/ambient/doom/post-stuff mixes for it that I obviously never got around to telling anyone about (Mixcloud)

Misc: been trying to make a game with a couple of mates but we never seem to settle on an idea for long enough. I proposed one I’m convinced is pretty brilliant - one of them is visiting next weekend and I’m determined to convince him we should make it.

Music: just about finished track 3 of 4 for my first weird drone ep.

Thanks! It’s hard at times and I risk burnout but I’m getting better at managing it as I get older.

It is hard though, life gets in the way! Fair play for still doing it!

I spent a good 5 hours messing around on Saturday afternoon and got to that stage where you’ve been fucking with so many VST effects and shuffling things back and forth so long you’ve completely forgotten what you were aiming for in the first place. But then drunk/stoned colossalhorse listened to it the results at 3am and decided he loved it so I’m running with it.

My ears are finally working properly so i feel more able to focus on music. Also several writing things where I’m trying to break past my own shitness.

Most crucially, I have a dissertation film to finish (interviewing some musicians and their collaborators, which I am both excited and EXTREMELY ANXIOUS TO THE POINT OF LOSING SLEEP about)

I have finished my YA Sci fi novel. I loved writing it but tinkering with it and editing it to get it in a state where I can send it out for rejection by publishers or agents is SO BORING. really hard to motivate myself to go through the damn thing agonising over commas or whether the chronology makes sense. Urrghhhh.

Keep meaning to do something creative musically but my technical limitations always interfere with my plans. I know what it should sound like in my head but I don’t have the skill to play it. Currently teaching myself to play the bass properly from scratch, rather than like a cack handed guitarist.

I have finished my YA Sci fi novel

have an absolutely banging idea for a tv drama I’ve been nursing for the last four years and I’m getting to the point where I need to write a pilot script and send it somewhere.

sorry @meowington dunno why that replied to you

feels like a long time to have been working on one thing really.

goal is to get a new version out soon - I’ve set myself two deadlines so far and missed both, so now have a tentative one of “end of the month”. then I need to have a look at my to do list and see what else I need to add and what else I want to add.

next step after that is to do a new app. dunno what though. I want to do an iOS app but can’t just repeat the same app again because a) Apple won’t allow it and b) it’d be boring. would need to learn Swift though.

Practice m9. There’s loads of tutorials on YouTube etc. If you need to find out how to do something, google it.

Nobody else who can edit for you? Self-editing seems a bit counterintuitive

Listen to this guy. He sounds like he knows what it’s all about.