Welcome to a new occasional series - How Posh Are They Really? - where I choose a family of European nobility and we can share thought and anecdotes about them before marking their poshness out of five.

We’re starting off with the Princely House of Thurn und Taxis, members of the German nobility most noted for their intimate involvement with the development of European postal systems.

The house actually began in what is now Italy in the 1200s, when an enterprising chap by the name of Omodeo Tasso organised a bunch of his cousins into running a rudimentary courier service that allowed people to send messages between Milan, Venice and Rome.

From those inauspicious beginnings, the house grew in prominence as various ruling families sought to make use of their postal network. In particular they became intertwined with the Hapsburgs, helping their branches in the Netherlands and Spain stay in touch, and ultimately becoming the postal service of choice for the Holy Roman Empire, with the head of the house taking the title of Hereditary Postmaster General.

Their role declined in the 19th century as German became more unified and the HRE fell apart, but they retained much of their wealth, diversifying into brewing among other things.

Schloss Thurn und Taxis, also known as Saint Emmeram’s Abbery, a former Benedictine monastery in Regensburg, Bavaria, that was given to the family in 1812. It is the largest non-palatial homes in Germany, featuring 517 rooms.

The family had a fairly high profile in the media in the late 20th century thanks to His Serene Highness Johannes, 11th Prince of Thurn und Taxis, an openly bisexual party animal who, as Wikipedia dryly notes was often seen in “gay discos”. He ultimately married his fourth cousin twice removed, Countess Gloria of Schönburg-Glauchau, who was 34 years younger than him. Their first date involved skipping a Supertramp concert. They were members of the “jet set” with Vanity Fair dubbing the Princess Consort “Princes TNT”, which is a pretty good nickname as these things go.

The current head of the house is Johannes and Gloria’s eldest son, HSH Prince Albert II, who along with his siblings controls the largest private land holdings in Germany. His main interest is motorsports, and he is a (largely unsuccessful) rally driver. He is also a passionate sideburns enthusiast:

So, the Princely House of Thurn und Taxis - How Posh Are They Really?

so do they actually drive the taxis or

Not familiar with their work, if there’s an album poll I’ll check out whatever wins. 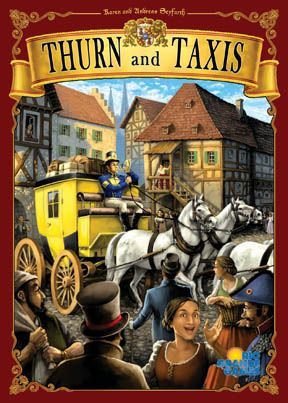 Seek help from postal officials to build your delivery routes across Bavaria.

I think they will set a high benchmark but they’ve never held any sovereign status, so think there’s plenty of room to be beaten.

I don’t really know, I just wanted to make an uber and taxi joke

The thread did need a lyft

I’m glad I was able to deliveroo

Getting a bit hackneyed, now.

Thanks for reminding me about this

Definitely want to name something Princess TNT now, not sure if I want it to be a musical project or a nickname for my dog, we’ll see

I fear this may be first and last in the series of HPATR.

I should warn you, the nicknamed has since been applied to Gloria’s daughter, Princess Elisabeth, who is not entirely unproblematic:

The Princess and the homeless Vogue reader

An aristocratic magazine editor gets surprising support after being slammed for posting a picture of a homeless person.