Overfed on boilies in stagnant ponds. Boring cunts fish for them. 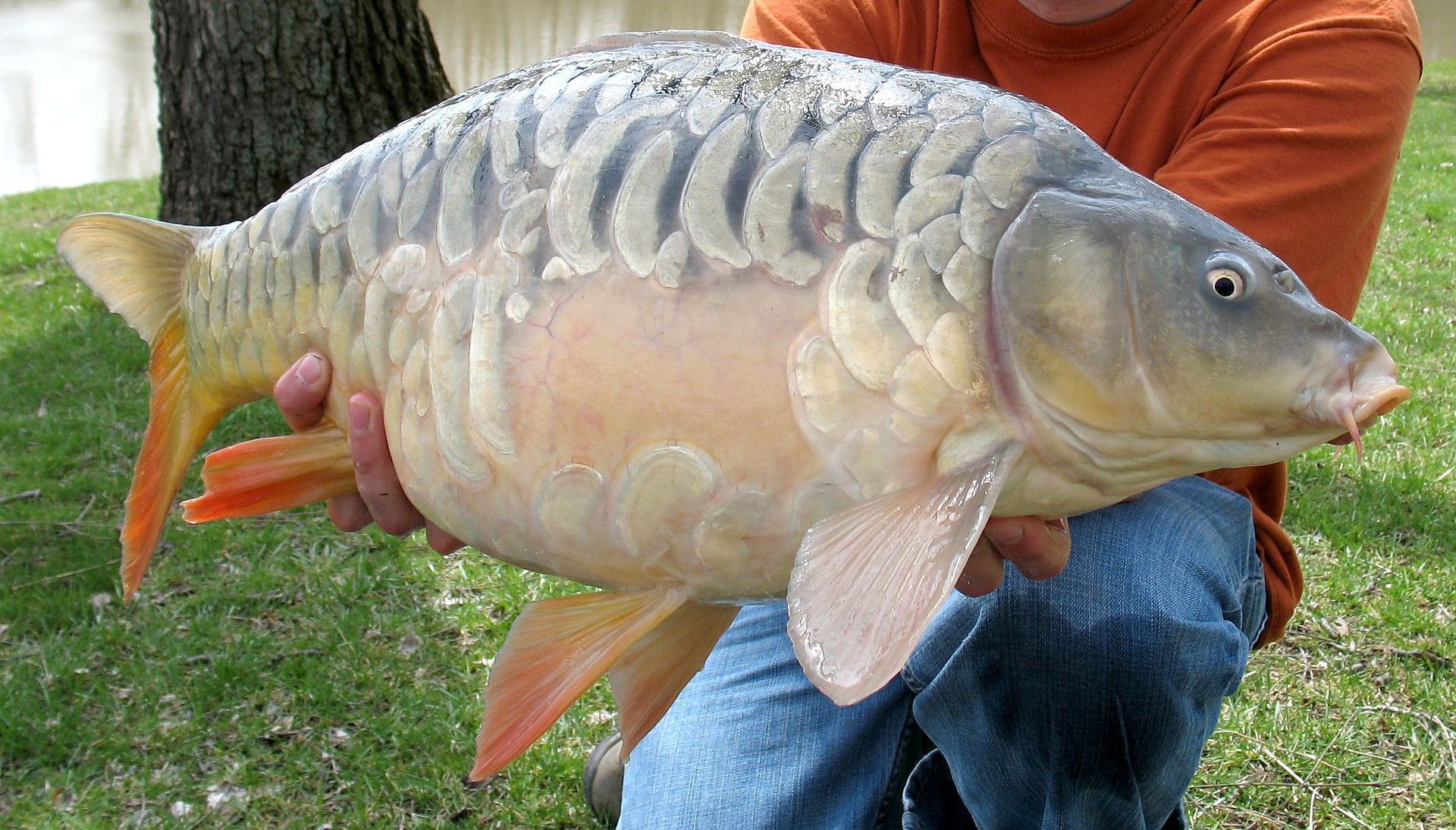 Heather the Leather (1960 – 1 June 2010) was a 50-year-old scaleless (also known as leather) carp, described as "Britain's most famous fish" before Benson superseded them. Heather was an old and large carp, weighing 52 pounds (24 kg) and despite incorrect allegations in the press of being caught over 1000 times, she was likely caught by fishermen approximately 75 times.[citation needed] A full list of the captures was recorded by Yateley anglers on the that-aint-no-bream website.[unreliable At ...

Picture of some lad holding a carp I mean, you say you hate them, but it’s probably envy innit. Never having to worry for food, just growing big and fat in a pond and posing for the occasional photo. That’s the life.

So put another dime in the jukebox, baby

I’m putting them on notice

Fish of the day!