I hate someone wearing a fragrance

It’s such bullshit. I’m going to make a train seat stink, clog up the entire fresh air, engulf your nostrils.

I miss having my fragrance thing TBH. I do like something that’s subtle.

I used to have Armani Mania…then they seemed to stop that but Armani Code Ultimate came out which was the same…then Mania returned.

Anyway, it’s nice to smell a bit different sometimes. Clothes locked away in chest of drawers after drying start to just smell a bit dull and I worry I end up stinking a bit.

But yes, really strong pungent stuff, or when someone’s just drenched themselves, is really not good and leaves me a bit ill.

They can be really bad for people with allergies. Regularly get ill so someone else can smell ‘nice’ at work. It’s complete bullshit, but there’s no way of saying anything without looking like a massive pain in the arse.

Love someone wearing a fragrance, all for it.
Government to send nice perfume to everyone through the post in order to alleviate national malaise please.

Makes me feel so sick. People in the office spray themselves at their desk right next to other people - utter dirtbag behaviour that

Have set next to multiple people (I say people but we know I mean men) who spray deodorant on at their desk….

Same here, mildly allergic to perfume and people drenched in it in a stuffy office is awful.

Also with hotdesking when you have a revolving cast of randoms next to you it’s too awkward to say anything.

the worst train journey of my life featured someone spraying perfume towards the vague direction of their neck in an absolutely rammed carriage, which meant it essentially hit me square in the face.

but then I used to hold my nose when walking through the front part of Debenhams or refuse to go in because it was simply too much.

Not a big smells guy

This thread is giving me mild PTSD (hey predictive text, how did you know that ‘PTSD’ was following ‘mild’ there?) from a massive ‘reply all’ chain email that a middle manager sent out to all staff at the last place I worked.

The middle-manager quit not long after that

Hmmmmm yeah I also struggle with strong perfumes, but I also sometimes wear it too. I try and do the spray, delay and walk away thing tho. I watched a TikTok recently where a woman was properly dousing herself in the stuff. Like 4 sprays, I would be so paranoid of the intensity! 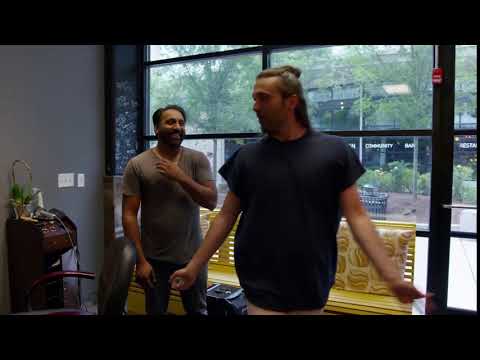 nah, they’re great. Love smelling loads of different aftershaves and perfumes about. Always wonder what they are. Better than BO and lynx