A film made by a stand up comedian

…who has also made several films

being discussed on a forum where we’ve had this thread

Like fuck I’m going in that endless film thread. Those things are the bane of new DiS.

there was a thread dedicated just to this film

I just searched and didn’t see it.

Anyway, in the light of the news cycle of the past few days, maybe it’s worth another discussion?

thought this was worth a read 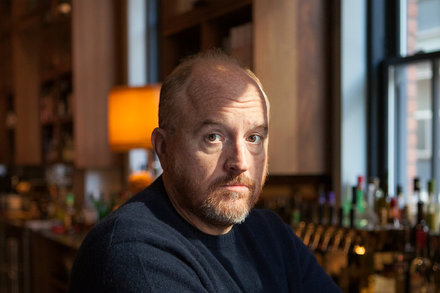 The comedian tackles taboos in his surprise new film and addresses internet chatter.

Didn;'t Jen Kirkman come out and say the person she was referring to wasn’t Louis CK?

Barrel of laughs, that trailer

Kind of feel like i shouldn’t watch his stuff any more.

It looks fucking awful - literally a case of having an idea for a film that would be ‘better’ if it had just stayed as a hypothetical.

That’s not how it works and that’s a rather indelicate sentence when the (unsubstantiated) charges against him are serious.

Read and listened to a few accounts that expect these claims to result in legal action from his (alleged) victims.

What an awful, awful man. The level of self-righteousness, sanctimony and hypocrisy you must have to do something like this. Reminds me a lot of the Joss Whedon scandal that happened the other week, in terms of a man using ‘feminism’ as both a shield and an excuse, except he’s gone and amped it up to 11… million. Hope you all start disowning him now.