Never knew this existed… thanks

Just listened, and Christ what a bloody mess. However, notably better than First World Problems which sounds like a man trying to force a melody out of a broken down Fiat Punto.

Dragged mates to see Ian Brown at Reading years back. Awful. Couldn’t carry a tune in a bucket. Left early in the set after a version of Fools Gold that you could kindly term “drunk karaoke”. FEAR’s still great.

That said, he was in reasonable voice with Stone Roses at Wembley Stadium. A way over-rated band though imho.

Weirdly quite liked First World Problems, the other two are undeniably shit though. The newest one sounds like he’s singing/playing the first thing that comes to his head

I adored the Stone Roses and living and clubbing around Manchester at their peak was incredible. I managed to get tickets to the first night at Heaton Park and it was a genuinely moving and celebratory night, but then they released THAT comeback single.
I have zero interest* in them since that and hope they never record togetber again.

Yeah, Heaton Park was great, I went to the Etihad as well but they were pretty bad, definitely the right time to pack it in. I really get their elevation (in some people’s eyes) to a seminal band of all time, they just aren’t however much I love them.

gave The Stone Roses a listen the other day and it’s a really great record.

Wouldn’t go near an Ian Brown solo album, however.

That’s a pity, some of them are pretty good. A decent Greatest Hits as well I think.

Yeah, I’m a massive fan from back in the day (we must be broadly the same age). I was glad to see them on the re-union because I never got a chance the first time around, and they were fine.

But agree that the comeback was just terrible, and I’d rather they just put it to bed permanently.

Ian Brown is better than The Stone Roses

As i recall, Ian Brown supported the Manics on tour around this time and went down very badly with the Manics crowd.

Can confirm that your memory serves you correctly.

I’ve never listened to Second Coming. Is it worth listening to at all? I’ve heard mixed things

Listen to it, see what you think. It’s not great.

I’ve never been able to get through the whole album in one sitting. Too long and too dull.

Some good tracks for sure, but it’s a bit of a mess overall.

I think ‘Second Coming’ is almost great. There are a couple of stinkers in the middle of the album, but ‘Breaking Into Heaven’, ‘How Do You Sleep’ & ‘Love Spreads’ are just as good as the 89/90 stuff.

Great record. Sprawling coked up, riffy bastard that annoyed everyone at the time, so is alright by me.

With Brown I saw one of his first solo shows at which he came on about two hours late, after playing ear bleeding drum n bass to an increasingly aggro crowd. Came out, made some weird jokes about everyone being a sailor (this was in Portsmouth) which triggered some fights. He had to keep getting the house lights put on to try and stop them all, and kept saying things like “take the babies out, get them out” etc. It was pretty great.

Next day I saw him in a tent at Glastonbury. Was wazzing it down, and he came out holding a burning torch. That was also great. Then he played his shit songs and I lost interest.

It has several of the best songs they ever recorded, notably the three singles: Ten Storey Love Song, Begging You and Love Spreads.

i remember taping this off the radio at the time and bar the odd flat note from brown it’s one of the best i’ve ever heard or seen them live, think the second coming stuff really stands up live - 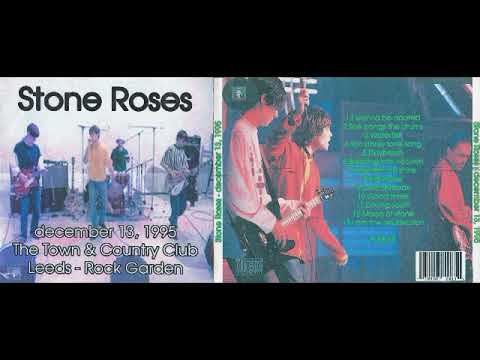