If you think about it

If you had found a discarded, possibly days-old chicken nugget in a field would you have eaten it?

Depends. Is it in a box? And is it McDonald’s? Because that stuff doesn’t rot, I’d probably be fine eating it.

So… Depending on how hungry I was, I’d think about it.

It’s not in a box, it’s on the ground, and as with the crow, it’s probably covered in flies when you get close

The crow wasn’t covered in flies! And it didn’t smell, so I assume it was fresh.

Is there a filth thread today?

I make myself feel sick tbh

This is similar to something that I was pondering the other day.

Watching nature documentaries it seems that carrion eaters are portrayed negatively compared to the hunters. And in the kids book The Ugly Five there’s a line about a vulture “at meal times my habits are really quite vile, I much prefer food that’s been dead for a while”

Which got me thinking, for humans it’s very much the opposite.

Excellent point!
Mind you, most things we eat have been dead a while. Unless you’re plucking all your fruit and veg fresh off the trees or whatever

If I was walking along with a mate, in a field, and there was a dead crow, and my mate stopped to take a bite out of the dead crow, I think i would think a bit less of my mate.

No offence to all you dead crow eaters out there.

Also - as we are talking about crows 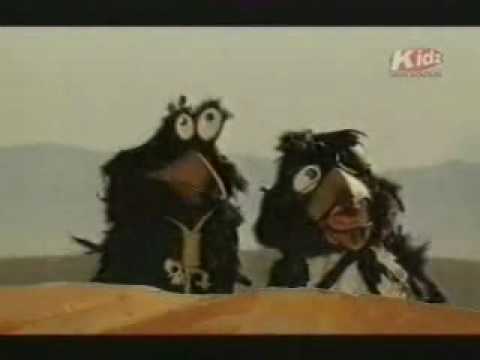 Don’t know if it’s just my family, but did anyone else’s mum have one of these in their “bigger cutlery, rolling pins, biscuit cutters, etc” drawer in the kitchen? This classic-design, porcelain blackbird pie funnel, or pie bird, allows steam to escape from underneath a pie crust, preventing the pastry from going soggy. The traditional, blackbird pie funnel sits on the base of the pie dish, and pokes its head...

And then there’s the old Sing a Song of Sixpence rhyme. So eating blackbirds must have been OK at one point.

You’re not allowed because they’re endangered, but apparently if you ate seagull it would taste a bit fishy

when you say McChicken, do you mean a Scottish chicken?

We had one that had been broken and superglued back together. I thought at the time that the reason it never got used was because putting superglue in the oven is probably a bad idea, but in retrospect it seems more likely to have been that neither of my parents really baked pies, and the few times throughout my childhood that an apple pie was made, well, you can just poke a couple of holes in the top and you don’t actually need a superglued ceramic bird.

I had one of these in my previous life. Essential for good pie making. Guess I lost custody after the divorce though!

My family had one, but it was one of these comparatively boring green ones No no, a McDonald’s chicken sandwich! Is it a mcchicken? Assume everything they sell has a Mc at the beginning

Yeah I’m just trying to be funny and failing.

Still laughing at this from the US McDonalds menu