Ikea are fully taking the piss here aren't they? You could build a great fort on that.

good if you like pretending you’re on a train

Good for mutual wanking I guess?

where would you put the TV?

where would you put the TV?

They’d go on one seat and you’d sit in the other.

EDIT: Just realised this sort of works even if you don’t know the TV euphemism on here

That’s just a tete-a-tete loveseat, no? Like this, but in a contemporary style: From a time before Television, one notes.

EDIT I assumed the post was about how ugly and uncomfortable it looked and how expensive it was, TBH.

I’m going to IKEA tomorrow. Might have a little sit on one of these.

Is it not meant for office lobbies and the like, rather than at home?

Yes, would be great for all those railway station owners out there

Horrible! But you know what they say - sofa, so spar

There are lots of them around. You wouldn’t really have one in a living room of a normal house though, so it is a bit odd to see Ikea selling one.

Hi guys I watched that Ikea documentary earlier this week so can blow you away with the knowledge that the high price is because it was co-designed by some really creepy, wanky crybaby British artist I can’t remember the name of but he was basically a grey Art Garfunkel. Also they needed to replace the material with something less flammable so the prices were bumped up.

The main thing is that Ikea think it’s a sofa and the wank pheasant thinks it’s a bed. Oh, I didn’t realise that it was the Tom Dixon thing. Ha.

Yeah his mug’s all over it: 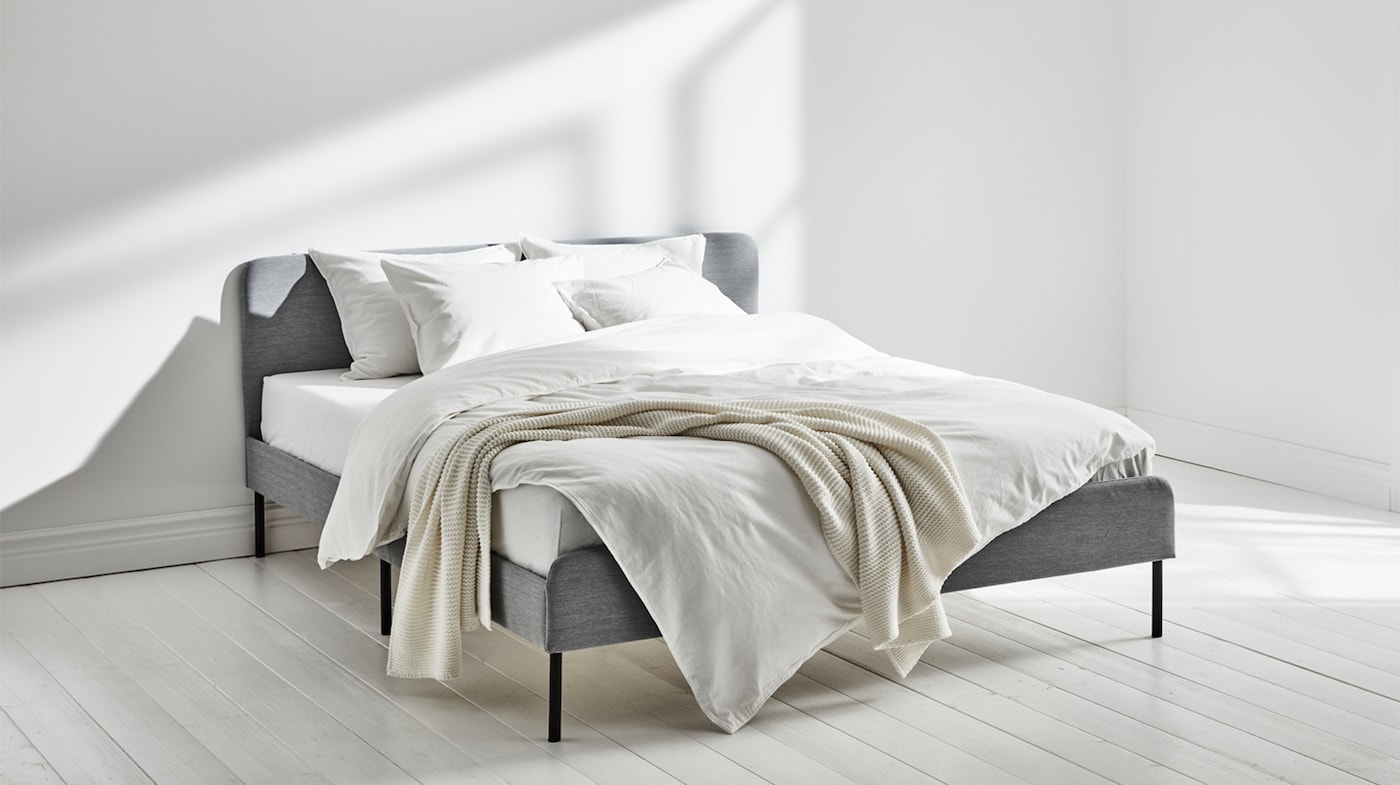 Check out our extensive range of double beds and king size beds. At IKEA, browse online or shop in-store to find inspiration, solutions and ideas for your home.

Yeah I watched the same thing, after I posted this.

It’s fucking shit, to be honest.