Im bored and never actually going to make this so ...bike wankers this ones for u

I offer my amazing idea to you all,
The inflatable helmet that you can fold up and put in you pocket. I am not saying it would be 100% as safe as a normal helmet but it would be safer than no helmet. I keep seeing ppl on boris bikes and the like with no helmet. If they had a small inflatable one in there pocket they could carry it everywhere.
Bike wankers go ahead praise me! 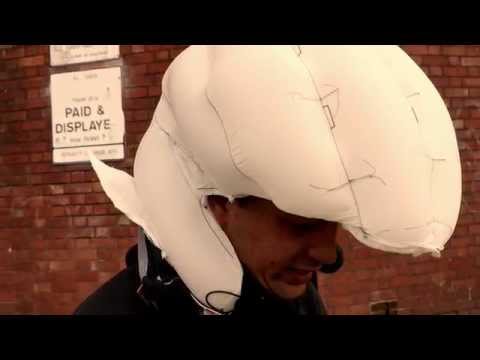 I have already seen this one its not the same its a like air bag not reusable and not 100% effective. Mine u cud inflate and deflate when you needed

WAIT! How about an inflatable crapper seat that you could use in public so that you don’t have to sit or squat on the filthy seat/rim. Self cleaning too. @1101010?

I want an inflatible mobile phone

I grant you a franchise of my inflatable company

What about a house? Could be a real boon for the traveller community.

Up that to a castle, and we’re talking

this company is going to blow up!

Until the investors realise it’s all just hot air

Maybe it could be bouncy too and hired out for children’s parties?

Shit, we’re on to something here, prob should carry on this convo offline

Its a good idea think about it

I will put it in a way u chumps can understand, wud you rather hit your head on the concrete floor or an air mattress?

Depends on what music’s playing

What about inflatable planes? Lighter than aluminium so a no brainer really.

Yes! Get rid of the engines to make them more lightweight, and perhaps use some sort of heater to keep the air hot within it so it rises

This guy could pilot it