Fucking hell it’s bad. Thought it might be better second time round, but it’s like a different show.

The street level storylines keep it watchable, but the newspaper staff are all so fucking dull, the main storyline is pure shite, and the cops are exaggerated versions of themselves.

Feels like it was made years after the previous series.

The newspaper I couldn’t give a shit, the McNulty stuff is bad, otherwise it’s still great

Exactly. Two thirds of it is pure shite.

I think it’s fun on rewatches but you have to embrace the non-street storylines as absurdist comedy.

One thing that really kept irking me about it though was the way they escalated the random encounters etc - eg Chris Partlow asking Rhonda for directions, McNulty buying a paper in the same shop just as reporter girl is leaving. Bit unnecessary for plot purposes and makes Baltimore seem like a village or something

for me, it always seemed like that. all of the characters are so interconnected and seem to have proper long and meaningful scenes together, that you end up assuming everything just happens round the corner from the police precinct, despite the fact that the locations are supposed to be all over the city.

On a rewatch my biggest issue apart from the mcnulty storyline was Doug from flight of the conchords running the newspaper. Completely immersion shattering!

still miles better than most else on telly

any bits in particular stand out?

Am I right that there wasn’t originally intended to be a series 5 so a lot of it including the main storyline were written much more on the fly than the other seasons and the newsroom is the area of focus because it was the only thing David Simon knew enough about without research to write?

10 years since I saw it, can’t remember any specifics

It’s a 7/10 job after four straight 10/10s. Without the street level stuff it would be pointless.

I was a newspaper journalist when I first watched series five (quite a few years ago now) and was disappointed about how cliched that whole element of the story turned out. It was hard to believe David Simon put all that shit in tbh given that he was a pretty hardnosed journo himself. I think he must have bowed to some pressure about what people thought being a news reporter is versus what the job is actually like.

The bit they did get very right though was the “death by a thousand cuts” newspapers were going through at that time. The newspaper group I worked at had halved the number of journalists we had over a period of two or three years in that era - and it was pretty depressing going to work in an office which had once been buzzing and full but which now had a dozen or so desks crammed into about a third of the floorspace.

From reading the all the pieces matter book, I got a strong feeling he had a real axe to grind around papers chasing awards and not fact checking properly, and that was what drove a lot of his writing on s5, as well as the funding of papers.
Think some of the less sympathetic characters also had names of people he had a low opinion of in the newspaper industry too who had done similar in reality.

i think that the hell they put mcnulty through in that series is a fucking disaster. it ruins his arc between s1 and s4, and barely survives it by the end.

i also dislike the paper stuff, it seems so… fake.

carcetti too can fuck off.

also loses points for having no Prez

that being said, i do like the way Nicky appears for no reason at the docks and stuff, keeps the city feeling like it’s a real place - though, he should be deep in protective custody, i guess?

Only actor to be in both the Wire and Breaking Bad as well!

Series 5 does dip for sure, but any notion it’s overall not amazing are, well…

The bit where Dukie asks Michael if he remembers the time they threw pissbombs at the other kids.

The bit where Dukie asks Prez for money.

The most jarring thing about the whole show for me is the contrast between Namond and Dukie. Powerful shit. One’s relatively privileged and quite ignorant but lands on his feet, the other’s born into fuck all, has a heart of gold but is destined for a life of hardship. Not sure what the moral is - either you’re handed a deck and that’s it, or anyone has a chance if the hand’s there, idk, but brilliant, brilliant telly.

the whole way they handle the boys storylines is incredible, this scene too… 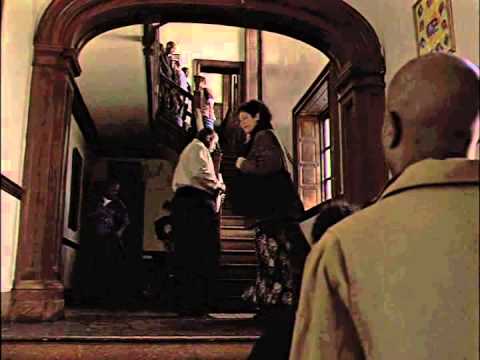