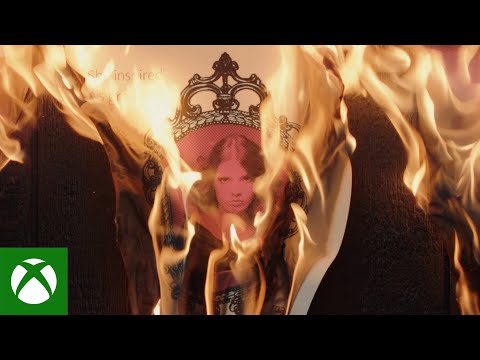 For those who don’t know Immortality is an interactive movie available on PC/Xbox/Gamepass and soon Smart Phones/Tablets via Netflix and it involves you going through footage of 3 'fictional Lost movies and behind the scene footage to deduce the fate of a missing actress. It does a lot of weird and strange things and is a massive mystery with a lot of talking points

Please spoiler tag everything you deem spoiler worthy so those who want to discuss more generally wont be spoiled.

Oh so if it’s coming out from Netflix, does that mean it’ll be free?

Yeah i believe so. All netflix games are part of the subscription iirc

Only the 22nd? (Or thereabouts) game Edge has handed a 10 to

I hate ambrosio (actor and film)

How did you first discover the scrubbing backwards mechanic? I was just rewinding a scene and saw the silver woman briefly pop up, was so freaked out. So cool that they’ve got such a key mechanic that you’re just expected to organically discover.

Going to play some more of this tonight

I’ve done an hour or so and it’s very impressive, but I haven’t seen or found anything to do with the mystery yet.

It is a VERY slow burn

Reckon a lot of people will dislike it for that reason so yeah 1hr without seeing anything to do with the mystery? Probably standard especially as you need a lot of context to get anything from some of the clips

Yeah I’m really enjoying just discovering the films and the rough timeline at the moment.

Ridiculous amount of work has gone in to this

I found a lot of creepy stuff

It creeped me out

Really want to watch Minsky in the cinema

I adored this. Ultimately, a strange one-time experience, but that moment where it all clicks is easily one of the best in a game I’ve had in… years, I think. Maybe decades.

I have so much to say about the ending, but I found a great explanation on ResetEra that just blows the whole thing open, so please do not read unless you’ve played most of it, if not all of it and have a good understanding of the game.

General comments without spoilers: the acting was just unreal, forgetting that it was behind the scenes on fake movies all the time.
Minsky looks like an amazing movie, with so many moving parts i was hard to get to the bottom off.
The other two movies are… fine. Meh.

I’ve just started playing this - an hour or two in and just met the other two - but don’t really want to read anything more until I’ve finished it, so this post is basically so this thread gets added to my activity and I remember to come back when I’m done.

Thank you! I thought I was pretty much done but read the first line of your spoilered bit and realised I had lots still to see!

I’d missed what happens to marissa and the precredits ending!

Spoiler below is only on mechanics, not story. Read if you think you might be finished and don’t know where to go next.

I’d recommend going through this guide and making sure you’ve got as many clips as possible. I found that by the latter bit of the game, finding new clips was just getting random and not fun, so following through this and discovering the clips you’d missed is brilliant. I really don’t think it detracts, the mechanics are great, but eventually just become trial and error. So yeah, here’s the guide, I’ve gotten a LOT more from the game now as I’ve been able to piece more together.

Just finished it properly, fully getting it (I think)

What an incredible game. Like nothing else I’ve ever played, can’t recommend it highly enough

So I’ve finished it, inasmuch as I’ve seen the final scene and the credits, but I’m pretty sure I’ve missed a bunch. I generally loved it but, because of the essentially random (I assume not fully random) route you can take through it, I feel like there’s some bits that would make a lot more sense if I’d spent more time exploring. Of course, I can go back and look for more but as it’s really a one-and-done experience I’m not sure I want to.

The way I was meant to, I suspect - I heard a weird noise and the controller started vibrating so I scrolled back to see what in the scene had caused it. Was about an hour in by that point, I guess?

Ah see I noticed the vibration but didn’t know what to do with it for ages, think I was probably two or three hours in before I found that mechanic

I’d definitely recommend going back through with a guide and collecting most if not all of the scenes. I guess it’s a lot less random at that point, but I treated it as a way to be able to fully decipher both the plot of the movies (Minsky especially) and to be able to completely put together the real timeline. I got a LOT from doing it - there was no way I was collecting all the scenes myself, but this way I didn’t miss any story.

I think once you hit the end credits, there should be a “unlock all scenes” button, would definitely improve the only negative I had with the last bit of the game

Oh, also: I thought the use of the ANOHNI cover of Candy Says was absolutely incredible and one of the most extraordinary things I’ve ever seen in a video game

Just finished this. Fuck! So great!