that eas Greece too.

Don’t think I’ve ever seen any.

In the days when my other half was single, before she got lumbered with Mr Potato Head here, she used to get invited on holiday to go sailing with her rich uncle’s family. This was all arranged when we got together, so I got to join them for a week. Around the islands, the nights were so dark because there was no light pollution, and that was how we got to see it I reckon. I’m sure there’s loads of it, but you just don’t notice

Used to walk the dog through some fields that at a certain time of year was full of glow worms. Only seen a few fireflies though.

Yep. Was going to post a gif of the firefly scene.
Too sad though.

No need to see anything but rats imo

The box of sweets

They cruelly made that sweet box with a small Ghibli logo added to it the other year.
Was tempted but it’d be morbid as fuck.

what’s this from again

no, but i would absolutely love to see them and imagine i am Link.

Are they native in europe anywhere? May make it an essential requirement of my next holiday destination (Devon?!)

I saw them here 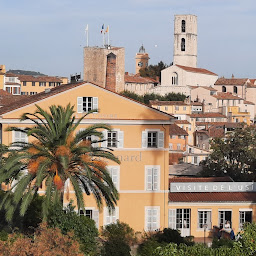 The south of france is an option! (well, one i have thought about anyway but without looking at cost). The French town where the lighting is alive

From deep-sea fish to fireflies, dozens of organisms use bioluminescence to help themselves be seen in the natural world. But can we harness them to light our towns and cities?

Feel a bit bad for the creatures having to live life as lights. But pretty cool.

one of my all time favourite threads

Definitely real, in the spring time they will light up our backyard. And yes I do live in Connecticut Mr. Spellerman.