Hail to the Thief isn’t as good as In Rainbows but it’s a much more interesting album imo (and I like the unpleasant feeling of dread, very reminiscent of the Iraq war… which I don’t like, but I like gloomy music).

I remember 2003 well. I was 11, and it was as though the world suddenly turned into hell or something. I was exposed to Hail to the Thief and Sleeping With Ghosts by Placebo, and I remember the Blair/Bush invasion of Iraq. Grim music, grim year.

I mostly remember HTTT sounding like the band was flopping around and really unsure of what they wanted to do. Some good tracks, but mostly forgettable. It’s more interesting in a “what the hell is this?” kind of way, but not in a way they intended.

Hail to the Thief could do with some trimming (maybe lose The Gloaming and Scatterbrain) and they’ve done better albums, but it’s still very good

I presume this matches with the ratings I’ve given them before.

I like most of the songs on HTTT, it just needs to be trimmed in order to make a focused album. 3.5 might be a bit brutal really, but it does fall down trying to squeeze things like Sucking That Blood and Ben Stokes’ Wedding into that selection of songs.

Page 1 of 2 - New official tracklist for HTTT, straight from Thom - posted in General Radiohead Talk: HA you clicked this. But there might be some truth in it?http://www.waste-cen...ofile/ThomYorkebelow comments a long time ago.a lot of water under...

there there
the gloaming
sail to the moon
sit down. stand up
go to sleep
whereiendandubegin
scatterbrain
2+2=5
myxomatosis
a wolf at the door

There There would be an awful opener and 2+2=5 in the backhalf is a travesty. That sequencing would underscore just how much puttering about there is on the album. Only possible advantage that tracklist has is that it drops a few of the weaker tracks.

HTTT just isn’t that good and nowhere near their best work.

I think I probably thought that once, I don’t any more.

I put it on a playlist a while ago: 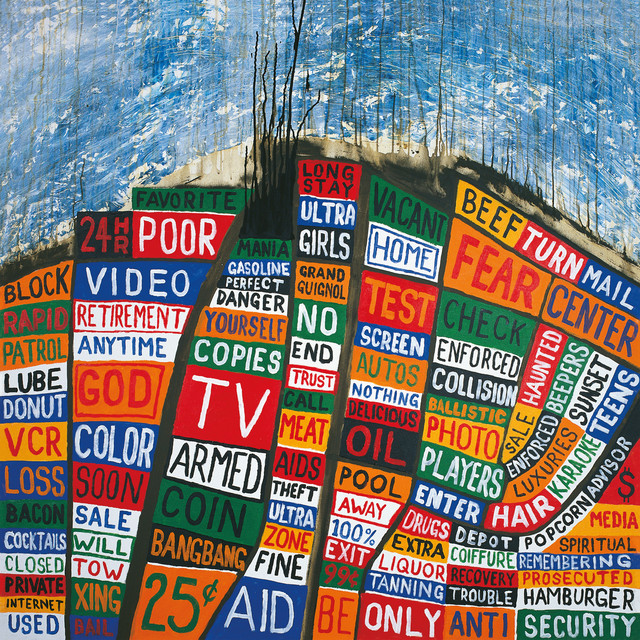 HTTT, a playlist by Steve Mosbie on Spotify

if you have to alter the tracklist, it’s probably not a good album.

fuck debating what their best album is, I’ll settle on HTTT being recognised for the mediocre album it is.

There There would be an awful opener and 2+2=5 in the backhalf is a travesty.

sort of agree, don’t fancy there there as an opener at all but i dunno, it’d be very easy to take a good album and ruin it by altering the tracklisting and chucking in a b-side. don’t think it should be written off, there’s great stuff on it. wolf at the door is probably top 3 radiohead songs for me.

There There’s a great live opener but think it works better later on the record, where 2+2=5 is a natural opener

Fully agree with this

By the time The Gloaming has started getting really tedious, hearing those drums suddenly start up is a proper thrill

Yeah - I read that too… it was all written and recorded pretty quickly too…Nigel G said they all accept now it was too long and unfocussed. I remember really not liking it at the time but in one of my recent Radiohead obsessive episodes (sparked by the OKC reissue) I relistened and it’s got so many amazing songs on it… I think Thom said at one point There There is his favourite Radiohead song… although he’s said that about more than one so far I can tell

I really HATE the song-titles-with-brackets thing, though

I can hear that, but a lot of it just sounds malnourished to me.

I’m probably also alone in thinking There There is nowhere near a top tier track. This one might sound better live, but on record it always felt a bit flat and like there wasn’t really much to the composition.