As threatened in the UK abolition thread recently, this is a thread for the discussion of railway infrastructure, particularly in the UK but also I would be interested to hear more about Ireland and the US, both of which are known for poor rail links. (This is not a generic thread about trains - there’s already one of those.)

Some suggestions for discussion.

Any local campaign groups in your area? How important is the railway to where you live? If you drive, could you easily get to where you needed without a car by walking and/or getting trains?

There are many other aspects to discuss I’m sure but those are a few I can think of in my half-asleep state.

In all seriousness, if you look at the old lines in Norfolk pre-Beeching there were loads of short journeys that would have been possible by train from here

The village / town I grew up in had a direct rail line into Huddersfield ripped out, abd then developed over, so there was no chance of bringing it back.

That meant buses were the only link, and they had to meander, with only one an hour doing the direct route in.

Big economic consequences as it essentially made it harder for some fairly wealthy outlying areas to support the evening economy, and made it more expensive and time consuming for students to access the colleges.

I’m all about the Cuckoo Line being brought back (and an Eridge to Tunbridge Wells connection) to reconnect Tunbridge Wells and mid-Sussex. TW to Brighton is just 40 miles and takes under an hour on a good day in a car, but train and bus connections take approx 2 hours or more which is patently ridiculous. I don’t think this was a Beeching cut though.

There’s also a local campaign to introduce a line between Paddock Wood and Cranbrook, which would be cool - there’s currently no rail coverage in the Cranbrook/Tenterden area of the Weald.

My big area of annoyance is the Cornwall branch layout. It’s like a big spine with the Penzance line going down the middle and little branches coming out of it all over the place, which means Falmouth to Newquay takes 2 1/2 hours on the train and more changes than Falmouth to Aberdeen (I think). The Penzance line should definitely be electrified - it’s such a slow journey until you get to Reading.

This gives me an opportunity to post the London Reconnections Christmas Quiz! 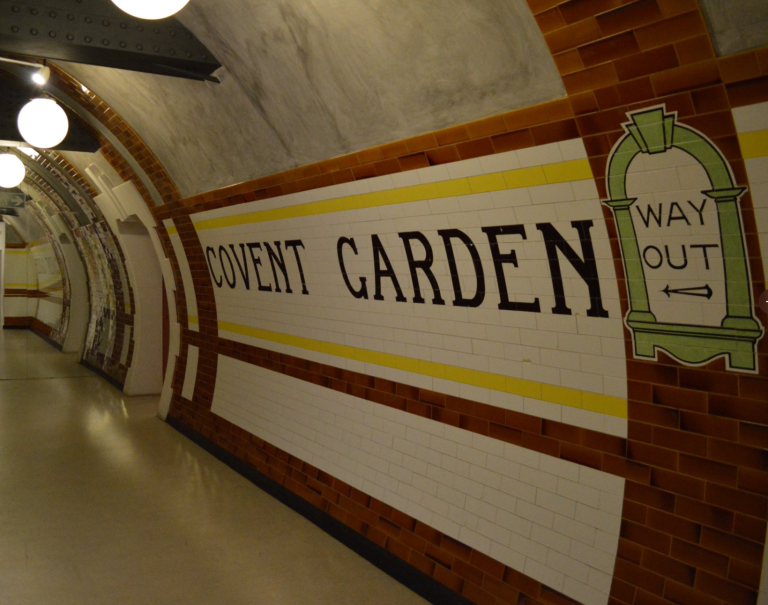 The leading source for independent news and analysis about transport in London and beyond. Award-winning coverage of transport infrastructure and politics alongside stories about the history of the Capital's transport networks.

Just a little bit of fun!

Is it Manchester to Leeds which isn’t electrified yet? That’s pretty shocking

Don’t know if it’s not electrified but it’s definitely slow. I drove it on Wednesday and lost my mind when it took less time than the train.

What a great thread btw!

And I feel that expensive tickets and inconvenient timetables are as big of a problem as lack of routes.

Yes, although it is in progress

The Transpennine Route Upgrade (TRU) is a major investment being made in the railway between York and Manchester via Leeds and Huddersfield – the 76 miles (122 km) northern route over the Pennines, most of which is also known as the Huddersfield line. As of 2022[update], the line is heavily used but is slow and lacks capacity. It has Victorian infrastructure, covers difficult terrain including the 3-mile (4.8 km) Standedge Tunnel, and has poor access roads. So, improving it is seen as ch Since...

Kinda fascinated by old tube maps and history. Windsor Central station used to be a tube station, closed in 1885 don’t you know #tubefacts. The most recent poster makes my eyes burn compared with the others.

I can still spend hours pouring over the Carto-metro maps…

I’m going to go into such a mourning period when my 26-30 Railcard expires. I simply cannot imagine spending the full amount on some of those journeys. I’ll get a network railcard but it’s not the same is it.

One of my friends until recently had free travel on most rail networks and was furious when it ended. I was just furious that he ever had that opportunity - it would have changed my life at university to not be priced out of travel from Cornwall.

The detail on these are incredible. Going to close now before I lose my morning.

The routes I (in theory) work on have 6 trains per hour over the core of the route, intensive suburban metro type stuff, plus 2 fast(ish) Chiltern services to London. All chugging away on diesel.

There are plans to connect it to another line so it can take more trains and relieve pressure on New Street, but still no proposal to electrify it.

We’re also getting new stations built* on a route that is presently just used for diversions - it’s electrified at both ends but, for the sake of about 5 miles of wires, the new services are going to have to be diesel.

*They’ve been ‘coming soon’ for about 5 years now but they’ve only just put out a tender for someone to build them.

You probably know this already, but Chiltern have recently started using a battery-diesel train, in the absence of overhead electrification. 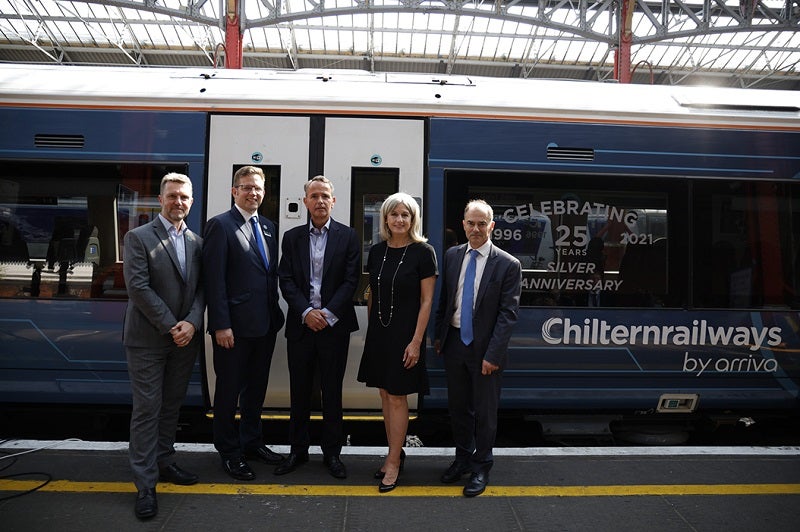 This is a good Google Maps layer. Annoying it stops at the Sco/Eng border, but it’s easy to lose hours over it.

There’s RailScot, which is amazing. It has a lot on the Scottish closures, and this… Web1.0 map.

I love infastructure. I play OpenTTD all the time right now, and caress my railway network to the ppoint of absurdity. I don’t care for the trains - though i do know that there are those out there who use custom rolling stock sets, but for me the joy is connecting all the wee towns with stations and building huge mainlines and stuff, and then suburban networks. Oh my, the hours I’ve spent on that game.

Anyway, for infrastructure, I think that Glasgow needs a big overhaul, and it’s possibly going to come. There is a huge heavy rail network of suburban lines in Glasgow that could be well served by tramtrains, full light rail conversion, or something similar. I live in a minor railway blackspot, by old glasgow terms, being a 20 minute walk from an electried railway line. It’s amazing to think that is bad here. But there is a huge set of new developements to the north and the south that are wildly away, and they’ve gone the park and ride route. Whilst many will go for it, I reckon that it’s more interesting that we move to more expanded modal use of mixed transport use.

That won’t happen until a unified ticket system comes in, and I don’t see that happening unless SPT or Glasgow City Council take over the First Bus services.

The GO Trains are interesting, and if you’re looking for a good video about them, Not Just Bikes does great deep dives into the infrastructure. Stories of great urban planning and urban experiences from the Netherlands and beyond. There are a lot of reasons why Dutch cities are so great; it's not just bikes. Unfortunately I've been overwhelmed with emails and DMs, and I can't answer most of... 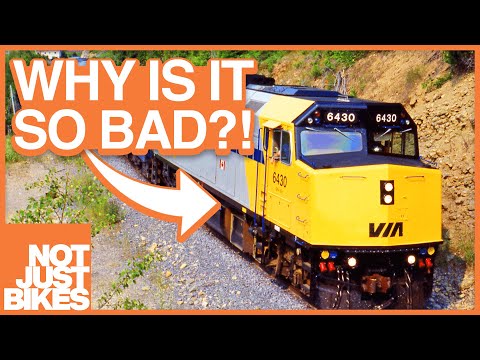 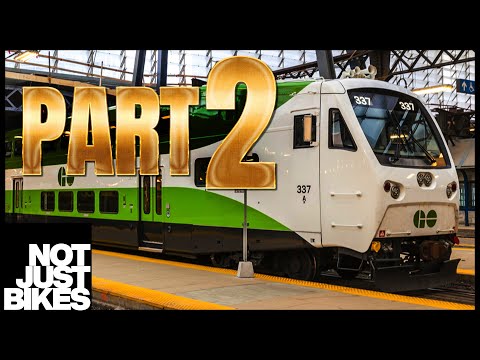 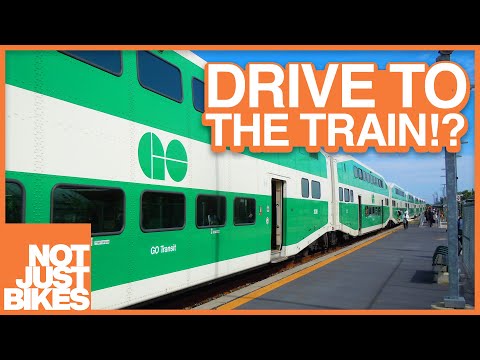 Electric trains with batteries to extend the range beyond electrification are a good idea (Merseyrail are getting some for this reason).

I’m not convinced diesel trains with a battery so the engine can cut out at stations* is a serious solution to a lack of electrification. Especially on a line that’s worked as intensively as the Chiltern route is as far as Stourbridge.

*Not entirely sure how it works, but I doubt it will be for much more use than that.

Hi, Wales has some thoughts on this matter. Beeching severed the best north-south link in the country, leaving anyone wanting to use public transport to get from South Wales to North Wales needing to go out via England and change. Absolutely ridiculous. We had a fantastic network of lines built into punishing terrain, serving really disconnected communities which felt the double blow of the loss of the railways and the loss of their industry. A lot of these lines can’t even be reopened now due to them having been built over. Some of these communities are doomed to a level of isolation forever .

Add to this the fact that Wales is a total non-thought when it comes to rail spending from Westminster, and the situation here is dire. Decent rail provision in Wales could directly improve so many lives, but it’s never, ever going to happen. It’s a crying shame.