A few laws passed by the former dictator of Turkmenistan (Saparmurat Niyazov - Wikipedia):

“-Niyazov banned the use of lip syncing at public concerts in 2005 as well as sound recordings at “musical performances on state holidays, in broadcasts by Turkmen television channels, at all cultural events organized by the state… in places of mass assembly and at weddings and celebrations organized by the public,” citing a negative effect on the development of musical arts incurred by the use of recorded music.[26][27]
-Niyazov banished dogs from the capital Ashgabat because of their “unappealing odour.” [27]
-Niyazov requested that a “palace of ice”, or indoor ice skating rink, be built near the capital, so that those living in the desert country could learn to skate. The rink was built in 2008 and is located near the new Turkmen State Medical University.[29]
-He outlawed opera, ballet, and circuses in 2001 for being “decidedly unturkmen-like”.[32]
-He banned news reporters and anchors from wearing make-up on television, because he said he found it difficult to distinguish male anchors from female anchors.[30]
-Gold teeth were discouraged in Turkmenistan after Niyazov suggested that the populace chew on bones to strengthen their teeth and lessen the rate at which they fall out. He said:
I watched young dogs when I was young. They were given bones to gnaw to strengthen their teeth. Those of you whose teeth have fallen out did not chew on bones. This is my advice…[34]”

There was that time he renamed all the days of the week and months of the year after himself and his family members.

Also changed the school syllabus to mostly be based on his autobiography.

Everyone was glad when that guy died.

This page is a list of lists of lists—a list of pages that are lists of other list articles. Each of the pages linked here is an index to multiple lists on a topic. Some of the linked pages may contain lists of lists as well.

You’re meant to sit at home enjoying a re-read of his autobiography.

The Ruhnama, or Rukhnama, translated in English as Book of the Soul, is a two volume work written by Saparmurat Niyazov, the President of Turkmenistan from 1990 to 2006. It was intended to serve as a tool of state propaganda, emphasizing the basis of the Turkmen nation. The Ruhnama was introduced to Turkmen culture in a gradual but eventually pervasive way. Niyazov first placed copies in the nation's schools and libraries but eventually went as far as to make an exam on its teachings an element ...

Enjoy in all your future spare time of being a good and obedient citizen.

They won’t let you have your Turkmen driving licence until you can quote from it.

However Turkmenistan has never struck me as the kind of country that gives a shit if you have a valid driving licence or not.

Well, of course, that goes without saying in the CIS countries.

I used to teach loads of Kazakhs english (there are a surprisingly large number of Kazakh tourists and students in the UK), and they basically all used to say “our president is a dictator, it’s true, but he’s sane and competent, so we’re not in a hurry to get rid of him, because look at who was in charge of our neighbour”

I can get behind most of these for sure.

Dunno. What are the hours?

And you’ve got experience of violently repressing all journalists who disagree with you?

Kazakhstan borders Uzbekistan too right? I’d not read about Niyazov before but had read about the Uzbek dictator who died recently and was notorious for allegedly boiling his opponents alive. Terrible bunch o’ lads.

Actually it was the Uzbek guy who inspired me to fall down this Wiki hole, because according to Russian media sources today, the new president has had his daughter (a rich socialite who got done for massive telecoms fraud) poisoned to death.

Down I Go wrote a song about the fella. 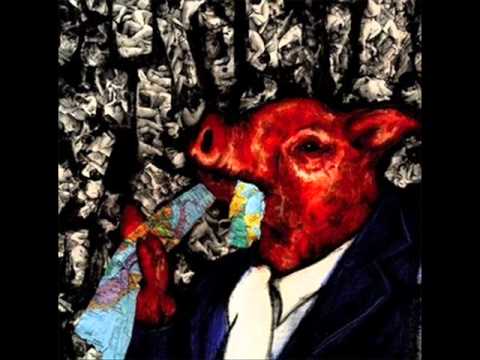 TURKMENBASHI! FATHER OF THE TURKMEN!