Yeah I’m sure the official rules will be stricter for them for sure, it’s just that even if the rules were lifted it doesn’t magically make it okay. Probably the opposite considering a lot of people’s conduct.

I’m starting to quite miss my parents tbh and am already pretty miserable at the thought of not only not being able to see them on my birthday in mid May, but not having seen them for 2 months by then (which is the longest I’ve not seen them for in 8 years). They aren’t old enough to be at risk, no underlying health conditions, been staying at home etc… I just wanna go over and see them. But I know I can’t until restrictions are relaxed. Bah.

ok yeah I just want to see the gerbils really

Not disagreeing with you, and I think you’re probably right, but from a mental point of view this whole thing will become far more difficult for me if everyone else I know can socialise with each other and I can’t. Part of the coping thing is that we’re all sort of in the same boat right now. Is that selfish/jealous or something? It probably is, but I think I’d find it difficult to go through summer like that.

This has opened my eyes to how blinkered I’ve been previously about those who already live like that due to various conditions though.

Not disagreeing with you, and I think you’re probably right, but from a mental point of view this whole thing will become far more difficult for me if everyone else I know can socialise with each other and I can’t. Part of the coping thing is that we’re all sort of in the same boat right now. Is that selfish/jealous or something? It probably is, but I think I’d find it difficult to go through summer like that.

Yeah as I was typing it I was thinking about the brutal reality of how awful staggered/phased restrictions are going to be for those who will be subjected to the strictest measures the longest. From those who are advised to stay at home due to health to those who work for or run businesses in the hospitality sector

Artists can also donate the money to charity, or give it to their road crew while tours are on hold.

So my mum linked me to this yesterday - long story short, ages ago she told my brother and I about a baby called WILBER and we literally were on the floor laughing at the name (short for WILBERFORCE) and then while we were laughing she threw in the detail that he had a lot of difficulties

despite his unfortunate name, he’s an absolute little cutie so these days she sends me updates on him because she knows I enjoy them. And this was meant to be the same.

But I got quite upset with it because although I’ve been alright with the pensioner fundraising efforts (as long as people don’t think that’s the end of it. I really CBA to get too angry about it generally), I really don’t think it’s right to make a disabled child do the same thing when he can’t make those decisions for himself. I get why they want to give something back to the NHS when he has had so much use of it, and he’s a really happy little boy who probably doesn’t mind, but something about it feels really wrong to me and I think my mum was a bit taken aback that I wasn’t delighted with it 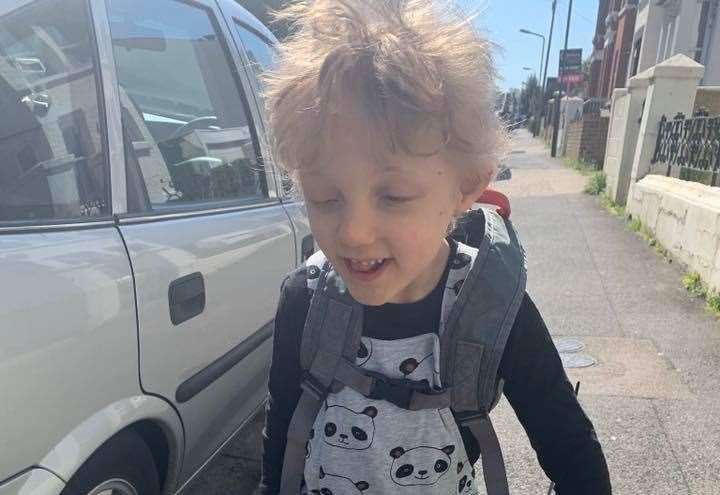 Proud Manea grandparents cheer on Wilber as he follows in Captain Tom's...

A six-year-old boy with links to Fenland and to the legendary Captain Tom Moore is attempting to walk 10 miles in 10 days to raise cash for the NHS.

It’s good until you start thinking about it. Then it becomes quite depressing.

Hr department sent an email “so this is how furloughing will affect you” to all staff despite the fact that there’s only a tiny minority who can be /are being furloughed. Cue utter meltdown from my department. Arrggghhh.

Here’s a boring question for the panel: I could do with getting some cleaning stuff and toiletries as I’m getting pretty low on quite a lot of things. The shops round here are fine for food, but they don’t have great range of these things and they’re also quite expensive. There’s a Wilko’s about a 15-20 minute walk from me (I don’t have a car btw).

teddy bears in windows is a thing here now, v cute and wholesome

Absolutely fine. Cleaning products are on our list of essential items so I assume they’re fine everywhere and that walk isn’t far really. As I’ve said in the other thread, people have to a lot further to my shop for a lot less.

Folk were doing that by us a few weeks back. The dog wasn’t happy when he saw we’d put one of his teddies in the window though.

Lots of big groups of people in the park today. Lots of folk sitting around having a read. Big groups chatting on the pavements. Massive bundle of people waiting outside the pizza place. Worst I’ve seen it since lockdown started

Cheers. I think I was just feeling a bit guilty about the idea of leaving the immediate area.

Understandable, but I’m sure you’ll be sensible.

within the remit of daily walk and cleaning is essential innit. tend to find the shops are still really quiet early in the morning.

Does John Snow always paint the people he’s interviewing during the interview?