Possibly my favourite genre label - not favourite music to listen to, just favourite term for a genre - is “yacht rock”. This is a term that I had never heard until about two months ago, and now I seem to hear or see it mentioned regularly in print, on the web or on the radio. It is, apparently, possible to live through the rise and fall of an entire musical genre without being aware of its existence.

It overlaps with “soft rock”, but is not the same thing. What it has in common with soft rock is catchy, memorable tunes, combined with lyrics that are mostly upbeat, sometimes slightly sad in a contemplative kind of way, but always non-threatening. The sort of music, in other words, that you might hear emanating from the CD deck on the yacht of some millionaire yuppie out for an afternoon cruise on the bay. Doobie Brothers…The Eagles… Jimmy Buffett… Christopher Cross… you get the idea. Especially Christopher Cross.

Here is an example.
I made a playlist some time ago of all that squelchy techno that came after Dubstep finally became commercial bollocks.

To me it sounds like it is Electro that is made with a broken washing machine and vacuum cleaner, so I call it Electrolux. 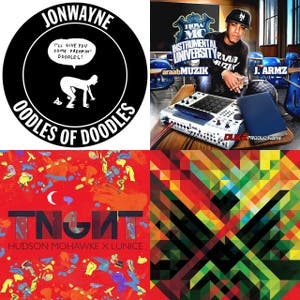 This all reminds me of The Sun [urgh] deciding to put forward their new genre of blunk - blues punk - when they jumped on the White Stripes bandwagon in the summer of 2001. Worse than any of the fake genres that NME came out with by far.

… and yet, it is human nature to categorise and label. Soon, you’ll be using a ‘label’ invented by someone somewhere to name that kind of music. It will come to pass. As we use ‘blues’ for a certain type of music, and no one bats an eyelid at that.
Plus, putting name on things is fun … there.