Is there a thread about the # Attack of the Drones? 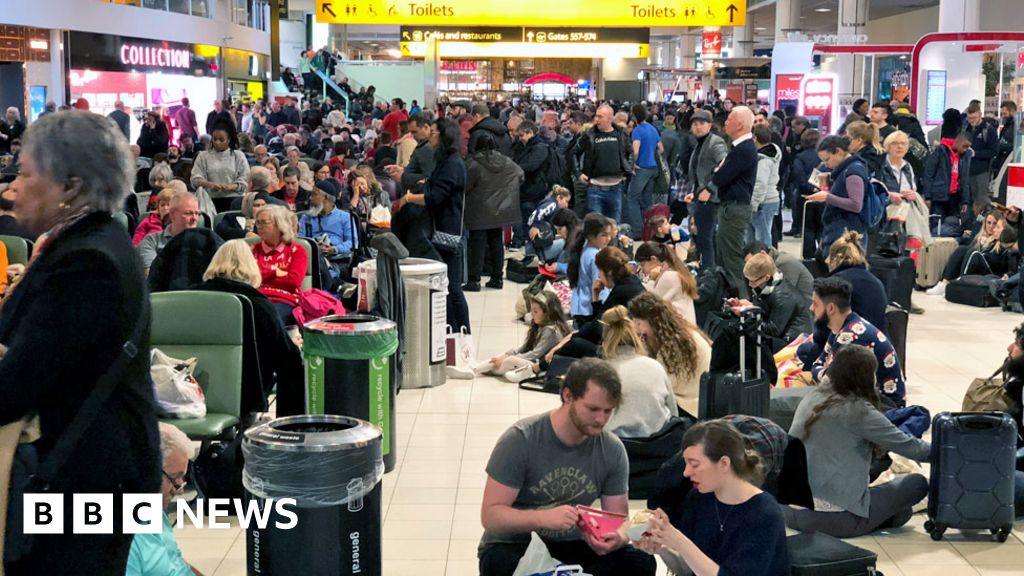 Tens of thousands of passengers are affected by "deliberate" disruption at the airport.

Even if it’s a protest or whatever, the people who are flying drones near airports are fucking bellends.

Some twat on the radio just now saying it’s just like when everybody was scared of cars when they first came out, neatly sidestepping the fact that stepping in front of an aeroplane tends to be a little more massively fatal than not obeying the Green Cross Code.

I read that this only works on commercially sold drones, not ones that have been built or modded.

when u think about it, we’re all drones #maekuthink

the wonderful logic of capitalism

she looked really worried and then called me an arsehole really loudly and gave me a little punch. Absolute Banter!

Tinfoil hat time: there are no drones, this is just a pre-no-deal-Brexit social experiment…

there is something really odd about this. @stuartclark66
During my pirate radio days in the fields of Kent/ tower blocks of London, the GPO trackers could nab you in 15 minutes using simple triangulation. Just don't understand how drone activity has paralysed one of the biggest airports in the world

the guy flying it must be a real professional Possibly. But if they manage to catch whoever is doing this, there is every reason to charge them with intentional disruption of services at an aerodrome under the 1990 Aviation and Maritime Security Act (which is what the Stansted 15 were found guilty of).

That’s what Theresa May stated in her press conference earlier, as flying a drone within an aerodrome traffic zone is an offence under the Air Navigation Order 2016. This is regardless whether you did it deliberately or by accident.

As the current disruption appears to be intentional, there is no reason the culprit(s) can’t be charged under more stricter legislation.

The Stansted 15 case casts a shadow over the right to non-violent protest full stop, unrelated to what’s currently happening at Gatwick.

This whole situation is fucking rubbish because it means I’m probably going to have to work all weekend. Absolute shower of c words.

Moment of silence for every member of staff that’s been screamed at by a passenger over this.