is there a thread for definitive performances of 'classical' etc pieces?

I am v. much leaning more modern/more dissonant, here (though no ‘modern classical’ as I find a lot of that wishy-washy).

I know I should just crack open ‘The Rest is Noise’ again, start from the beginning, as it’s largely that sort of thing I’m after.

but maybe also you lot could point out the best versions and etc?

like that Kogan + Shostakovich video @iamwiggy posted in my thread the other day, that was amazing

that Kogan video was shown to me by an Australian bloke who worked in the same call centre as me, I actually met him in the pub after work then suddenly it was 4am and we were playing each other tunes in my flat, iirc he never returned to the job, hung out with him a few times since tho.

Look forward to seeing some more responses in this thread.

Reckon there’s loads of us that have dipped our toe into classical/baroque as a result of getting into post-rock and then discovering minimal/neo-classical stuff along the lines of Eluvium, Stars of the Lid, Labradford, Max Richter etc… but then having nowhere to actually start in terms of what to purchase/stream by composers that weren’t around when recording was the way it is now. If that makes sense?

So if anybody can point me in the direction of the definitive (solo piano) version of Suite Bergamasque, I am literally all ears.

Don’t know if this counts, but seen a few versions of John Tavener’s ‘The Protecting Veil’ kicking about, but the one with Steven Isserlis on solo cello really is the only way to go. 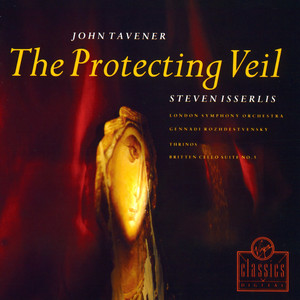 Definitely find this a big barrier to a lot of classical music; just finding dozens if not hundreds of versions and also releases that mix and match different pieces seemingly fairly arbitrarily.

Also what if you just happen to not like the interpretation of the most acclaimed version? Without a real grounding in classical music, either through musical training or immersion from a young age, it can just feel impenetrable.