Is there anyone on here who's never seen This Is Spinal Tap?

Because I would very much enjoy reading a live blogging of your first watch through.

I’ve not because it’s unavailable on any stream/rent platforms but will watch it at some point. Aware of and have seen 90% of it in clips though

I won’t live blog it because I’ll be busy watching the film, obviously

Don’t really know what it is.

Aware of and have seen 90% of it in clips though

Yeah it wouldn’t really make a big impact I guess. Still I hope you can one day see it.

It’s a deadpan comedy film that’s a spoof documentary about an ageing British rock band touring the US in the twilight of their career. Inspired chiefly I guess by Led Zeppelin but aimed to be less popular and very unaware.

Never seen it, would maybe watch if it was on streaming.

Fancy live blogging yourself not watching it?

Never seen it, no interest, will live blog myself reading harru’s live blog.

Never seen it, have a visceral dislike of most spoofs.

Hmm think I’ve watched it but it was years and years ago. Can’t abide Naked Gun

Not me, seen the clips of him getting trapped in his egg and the turned up to 11 bit though.

Ah fair enough. It’s just that it’s not a “mugging at the audience” spoof, it spoofs a documentary stylistically to be a satire of rock band excess and self importance etc. It’s closer to Some Kind of Monster than to something like a National Lampoons. 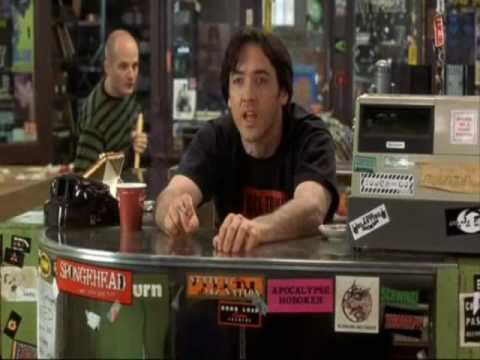 What if I said I hadn’t seen Spinal Tap yet?

Yeah I’m not anti aeroplane although I would be lying if I said I remembered much about it apart from the drinking problem bit.

Space balls can get in the bin.

Never. Will at some point though, cause I enjoy how much other people like it

I’ve seen it loads of times and enjoyed it because I’m an old person who liked some music from the era/genre that it references.

I do wonder whether it really has much to offer anybody who is younger and/or has absolutely no relationship with heavy rock from the 70s/early 80s. The bits of universal comedy are vastly outweighed by the niche stuff I would think.

I’ve never see their folk one; I don’t know it it’s supposed to be as good? The dog show one is good.

Well mainly my point for asking on here as I’d think the members of this site will have a lot more knowledge of that sort of thing.

Not sure the film would ever play that well to people who aren’t into music and more specifically a bit into music with guitars.