Is there such thing as an 'easy to change' duvet set

I’m being deeply serious here. Through my whole life there is nothing more I dread than changing the duvet covers, it makes me feel useless and often makes me rage and brings me to tears (see right now) to when I just give up and shove it into the duvet cover and crawl inside an try to flatten as much as possible. I’ve had problems with my hand eye - coordination my whole life. So servere such that I can’t ride a bike or drive and would like to at least make this part of my day easier. My doctor suspects I’m on the spectrum (waiting almost a year for that assessment, thanks tories) which could go a long way into explaining my reaction to whenever I have to do this and cant find anything online that’ll aid me. I’ve tried my whole life to learn the ‘easy’ techniques but I can’t do them, they always make me feel worse because people go on about how easy they are to do.

Tried the burrito method today hated it, inspired this thread

Have you tried the inside out way? You turn the duvet cover inside out, then put your hands into the far corners like a colourful ghost (I make sure I do some wooooo noises at my wife when I do this, she obviously loves it), then pick up the duvet corners and just shake it down. That’s what I do and it doesn’t take too long.

It’s good, it’s made what used to be a tedious chore for me now something quick and relatively easy (though still a bit annoying, and I haven’t managed to find a way to do fitted sheets any easier) 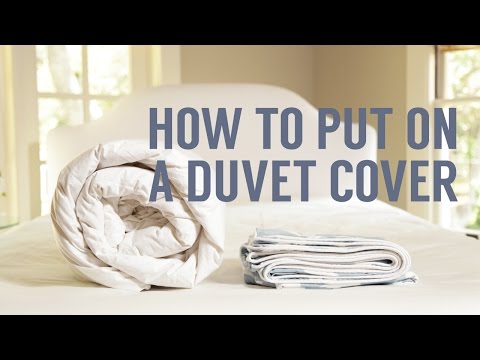 Here it is! She makes it look a bit more of a faff than it actually is (I also store my duvet covers inside out to make it quicker because I’m just that fun and interesting)

I did this with my geefee just this past Sunday. Can proudly say I’m a fully converted member of the colourful ghost church

‘Woooo, I’m doing a mundane household task that is now sort of fun!’

*Bonus note, this method also works with pillows and makes them a snap to change.