Is your face in any company literature?

Mine isn’t, but I’m looking at an email now that’s got one of the stock headers in it and how weird it would be to see your own face at the head of these bullshit emails all the time.

Also my pal at my old job was in every bit of company promo material because she was one of about two brown people in a company of four hundred employees.

No and I’ve gotten into some right barneys over it, I think it’s fucking shameful the pressure employers put on their staff to give their face to businesses.
Takes absolutely no account of body/general image issues, takes no account of that person’s personal ethics, fucking shambolic. Actually think bosses do it as a way to highlight who they think shouldn’t be there.

I mean, my picture’s on the website of the festival I have personally founded.

I’m not employed anywhere that uses pictures of their employees now, and have only ever been on «about us» or «contact» sections previously.

My picture is twice featured on the website of an artisan vodka maker.

fortunately not, although an email that went round to a lot of people recently featured a photo of a group of people on a training course and i am in it, stood at the back looking like a muppet

we have some promotional videos for a website i built and i cringe my face off through embarrassment every time i watch it. hate to think how bad it’d be if it actually featured me rather than just some thing i did.

Arms outstretched, shirt off, empty bottle in each hand, screaming at a pigeon for a square go in a NCP multi-storey?

No, was in the latest Union rag with pics from the AGM though

I’m in a stock photo for my profession’s organisational body. I went on a pilot of a work shadowing scheme they run and a photo from that day is often on their social media posts promoting it.

no. a previous employer tried and I told them absolutely not. 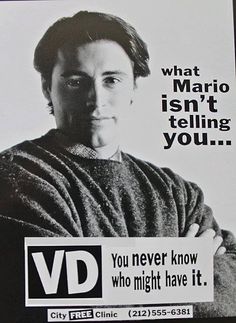 No but my colleague is and regularly gets messages from people he knows, not even necessarily through work, who’ve seen his face somewhere and want to take the piss.

Someone I used to work with is in the same piece of literature and in some of the photos is wearing an enormous fake baby bump, so I can imagine the messages she gets have a very different tone (“Congratulations!”).

When I worked in China we did a company photoshoot and my photo ended up on a bus advertising campaign.

Literally looked like the back end of a bus.

Only the one time in my old job when my team and I were on Philip Schofield’s jumper for a Christmas Jumper Day advert.

No but I wouldn’t mind in my current organisation. In previous jobs I deliberately stayed out of absolutely anything like that because fuck that.