To continue discussion after the previous thread was deleted.

Please be mindful of the sensitivity of this topic and respectful of the fact that is life and death for many people.

Unfortunately I don’t have any good starting links but feel free to add.

Honestly my Twitter feed was a horror to wade through today.

That car slamming into those protesters was absolutely fucked.

I did have this link saved but haven’t read it yet.

Welcome to Decolonize Palestine, a collection of resources for anyone who wants to learn more about Palestine.

Feels shit that I don’t know enough about this topic and don’t know which news sources to follow etc.

Seems absolutely disgusting that the police are forcibly removing people from their homes and everything that follows.

The OP left the site for personal reasons and requested their account be deleted, there was no anti-Semitism or even a sustained discussion of anything in particular

If it’s not too much of a pain, could you repost them?

I lifted most of them from this wiki page:

Arab–Israeli peace projects are projects to promote peace and understanding between the Arab League and Israel in different spheres. These are part of a broader attempt at a peace process between Palestinians and Israelis. Sponsors of such projects can be found both in Israel and Palestine. Israeli–Palestinian economic peace efforts are efforts to promote joint economic projects and efforts between Israelis and Palestinians as a pathway to reach peace between the two groups. They are based par...

My cousin is a member of an Israeli and Palestinian feminist group based in Jerusalem. I can’t remember what it’s called though. Could be on the wiki page for all I know.

There’s so many great initiatives out there with the sole purpose of building understanding and uniting communities. Got to hold onto the positives.

This doc from last year was very good. Quite funny in places, though obviously still very bleak throughout when you consider what running a municipal government in Palestine entails. They’re unable to build basic stuff like sewage plants because setters surround the city now. 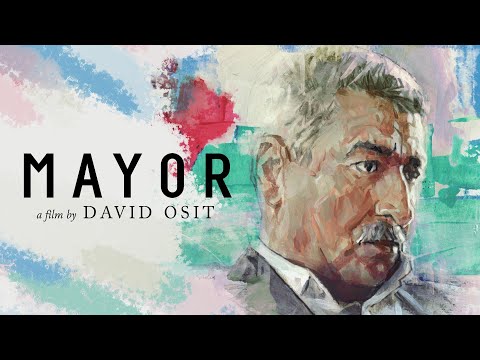 I think it’s on Amazon prime now, but it’s worth renting otherwise

Its on Mubi as well

Can anyone succinctly explain why parties like the UN, the US, UK and others, aren’t decrying this loudly?

It’s nice that the IDF give advance warning of committing war crimes.

Israel Radio: IDF has warned Gazans that it will soon bomb the tallest building in the Gaza Strip, a residential building which is home to 160 families.
2 Likes
avocado 11 May 2021 21:00 #16

This is my opinion. The UK and the US are also nations built on murder - ethnic cleansing, genocide, deliberate policies that lead to the deaths of millions - the USA is still treating its indigenous population like shit, the idea of a Jewish settler doing this

@AndrewYang Can I have your house Andrew? “If I don’t steal your house, someone else will steal it” Settler to Palestinian citing Israeli policy encouraging ethnic cleansing. https://t.co/WCMFVqdWMO

is not far removed from the historical and present actions and policies adopted by these powerful countries that ruin the lives of people whose ancestors were minding their own business when this lot decided to jump in and do what they want. And using the word ancestors isn’t even fair, the impact of British and American colonisation is ruining lives today, what happened in India under the rule of the British Empire or Kenya or South Africa exists in living memory, let alone generational trauma, which is painful and stains your sense of self - i know because I live with it.

Christian support for zionism in the US is huge, as is western hostility for the Islamic Middle East - the way the US is challenging efforts for trials of the war crimes of Israeli officials, the way the UK literally changed the law to protect Israeli war criminals just seems to me like bullies protecting other bullies - the UK and US have plenty of war crimes between them due to their involvement in Iraq and Afghanistan.

Absolutely stomping interview by Ambassador @hzomlot - so articulate, clear & filled with humanity. Everyone should watch & share this video, it goes to the heart of the Palestinian struggle. #SaveSheikhJarrah #PalestinianLivesMatter #GazaUnderAttack https://t.co/h1MEQB4bBo
6 Likes
1101010 12 May 2021 00:46 #18

Struggled a bit writing this reply. Should definitely be flagged for deletion if I’m misreading stuff or misrepresenting things. I’m trying not make mistakes but I’m also conscious of how easy it is to end up using bad language choice around this subject:

TBH I don’t think broad hypocrisy is something our governments necessarily shy away from. More disturbingly I think the issue is the political hay it makes at home. It seems pretty clear that the right (bolstered by so much of the media) in the US and the UK will seize any opportunity to paint any censure of the Israeli government’s actions as suggestive of antisemitism. When that’s combined with the way both countries have demonised Islam (as you say) it means coming in support of Palestinians is also an easy win for the right. That’s particularly true because we’ve allowed (the right?) to always frame the Palestinian actions as those of terrorists, and in the UK of course, Thatcher’s whole “won’t negotiate with terrorists” and the years with the IRA means it’s even harder to go near that sort of thing.

However, all that said, I do feel like in the 80s and 90s there was a general move of blindly supporting the Israeli government and now it seems like that’s falling away a bit. I don’t know that this is progress towards a clearer view of the conflict though, I think that’s the literal effect of a general rise of fascist antisemitism in the US and UK that means while the right can use leftwing condemnation of the Isreali regime for propaganda, it knows that there is a section of its supporter base who also don’t want to hear support for Jewish people.

Incredible. Never seen an interview on American TV like this before. 1/3 https://t.co/KTyNUS25vf

Worth watching through the other parts. Really good interview and i love how he comes back at her in part 3. Shame this sort of interview stands out though.

The framing of the latest fighting has been particularly bad in the media this time round it feels.

Been some horrific stuff everywhere these last few days though. Solidarity with the Palestinian people

Christian support for zionism in the US is huge

To help me contextualise this, how are you defining ‘zionism’ here?

I consider myself a zionist in that I believe Jewish people need a homeland and that the existence of Israel per se is justified but I in no way support the post-1967 colonialism and ethnic cleansing or any of the actions and policies of the Israeli government.

This might seem like semantics but I feel like on the British left in particular, this is a very sensitive word which has somewhere in the region of three potential definitions.

I define zionism as the political ideology justifying the occupation of the right for a Jewish state that is being used to justify what the Israeli government is doing to displace Palestinians, one that doesn’t argue for a two state solution but just the one state of Israel. Its the way I’ve heard it used but apologies if this isn’t the right way, I have so much sympathy for what Jewish people have endured and support the right for a Jewish state, but not at the expense and through the bloodshed of Palestinians, which is what I take zionism to mean, in that it is grounded in nationalist and colonialist values that advocates for the mass exodus of Palestinians.