It is Friday after all

It’s Friday I’m in… work. At least it’s from home, though. Just done a workout, so that’s good. My gym reopens tomorrow but I think I’ll give that a miss until we know how safe it is.

not sure I can be bothered going out again this morning.

sounds like poor planning on your part there keith ngl

I went out to the pub to see a couple of friends yesterday, and even though I only drank Coke Zero the whole time (haven’t drunk since March, cba starting again yesterday) I feel really ropey today. probably all the caffeine and stuff but ffs.

on the plus side:

I’ll give that a miss until we know how safe it is.

How are you going to evaluate that?

Last day at work for two weeks. Hurrah! I got a bit stressed out yesterday afternoon, but I’m going to dial it back a bit today and have a gentle wind down to my time off I think

It’s been a loooooooooooooong week, anyone else thought that?

Fed up - worried a bit of work I’m doing will be a massive failure, as it’s not going great and just feels really disorganised (not my end, but involvement from others) and I just feel it’s going to be shit and impact on me, regardless. Urgh. Dread.

Crikey. Thought the last gulp of my mug of tea was a bit… sour.

Milk went out of date on the 14th. 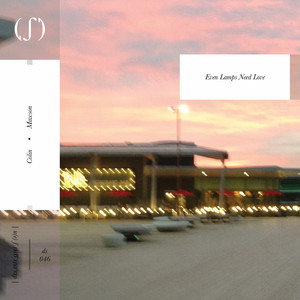 How did the milk not curdle in the tea? Surely if milk’s off and you haven’t smelled it, you spot it straight away when you pour it in?

I wasn’t the chef, just the recipient

All I ever seem to think about is possums and air fryers, I want one of each so badly.

How are you going to evaluate that?

Dunno yet. Probably ask you

.
(More seriously, I was thinking about waiting a month so they can refine any safety procedures.)

Haha was just wondering because I’ll be making the same decisions myself. Mine will be based on how busy the gym is (it was never busy before so unless there’s a rush then it should be fine). Case levels are low here currently and I don’t think the gyms will open if they go back up much.

I had lymes, it was fine. Just get strong antibiotics and don’t be an idiot and ignore the rash.

About to go on conf calls for the rest of the day. I normally block out my friday diary with spurious things to avoid this happening but took my eye off the ball and somebody plundered my calendar. Fuck this shit.

I’m in London, so apart from the gyms being busy in anyway – the one closest to work often had queues for the showers in the mornings at peak times – they’re (mostly) underground and I need public transport to get there.
My initial plan is to leave it for a month so they can refine their safety measures and take it from there. I hope that’ll be enough time that, if there is a spike in cases, I’ve not been to the gym while it was developing.

this is absolutely banging bam