It's the tuesday evening thread!

In other news, I think I may have found @kermitwormit 's ideal night out - a Shrek booze-along event

Hutch Presents: The Shrek Booze Along!

You all enjoyed our last booze along screening so much we thought we'd give you another... Now with added Hutch! In celebrations of their brand new single 'Plotted Plants' Local yacht rock legends...

Already had dinner cause reasons.

Very tired. Gonna watch football later. Might do some work.

I tried to make a fancy potato salad but without following a recipe and it all ended up a but average. The individual bits were nice but it didn’t come together properly.

Had a fairly shit day, only just finished work after starting before 8 and that is not my vibe. got a big box of sushi Uber eats are giving me 50% off on the way and watching the new MAFS

been working from home/stuck in the last coupla days because i have a bad back for one reason or another. hate being stuck in.
making some roasted zataar lemon chicken hing with some roasted veg. gonna find a film to watch later and self medicate the back pain with some edibles perhaps.

Went to the seaside, had a nice burger, a double scoop ice cream (vanilla bean and salted caramel on waffle cone) and scoured the beach for shells and seaglass which is now my daughters favourite activity.

No idea about dinner, wondering if I have bits in for puttanesca or not. Back on my 5.30 start bullshit tomorrow so quiet night in.

Feel pretty pish. Going to go to bed as soon as I can be arsed.

Very excited for my DO NOTHING evening

Baked p, ice cream, catch up on the shows, buy some stuff, tidy in a lazy way. Lovely

Dinner will be something involving beef mince because it needs using

I still don’t have a cat btw

I’ve been making my MILs potato salad that absolutely bangs.
Sauce is just mayo and red wine vinegar until it’s tasting how you like it. Then potatoes, celery, green olives, peppers and red onions. I never like celery but it goes well nice in this potato salad.

Had the dry carrot curry from the Green Roasting Tin

Was good, albeit not as filling as I’d like.

We ended up persevering with The Good Place so am going to watch a bit more of that (it’s got better since the middle of S2 and I don’t like quitting on a show unless it’s really terrible). That’s about it. Got to go to Basildon for work tomorrow so that’ll be an adventure.

This was the recipe I started with but, because I know so much better than people who write recipes, I added a load of ingredients from other recipes that didn’t work. 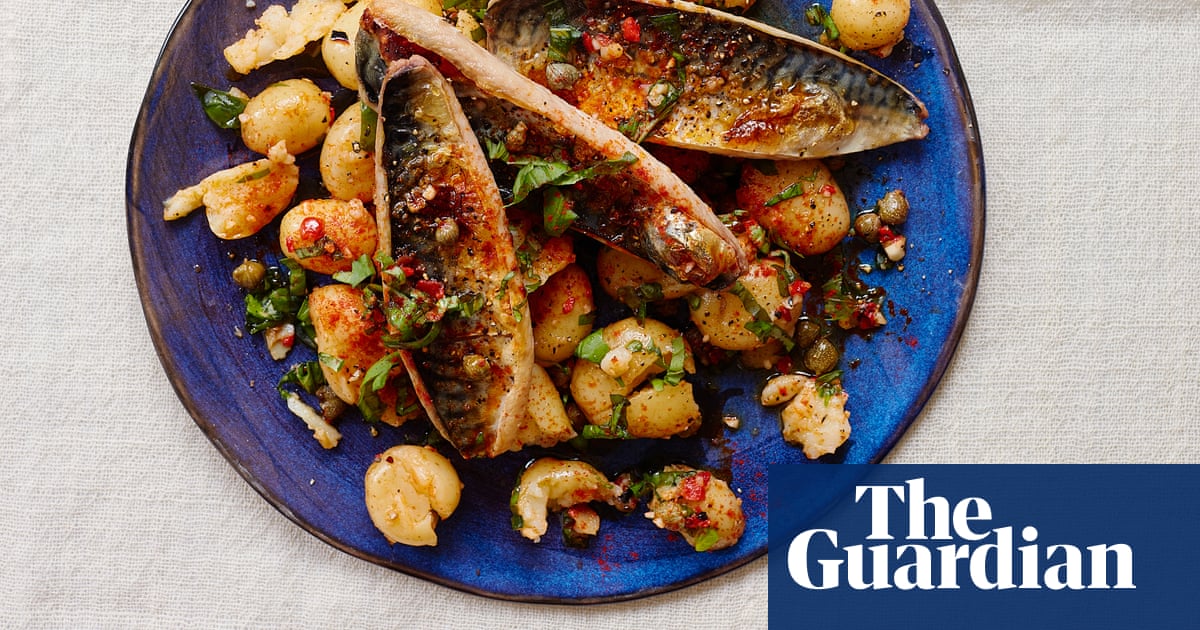 Bring the seaside summer hols to your table with this chargrilled mackerel accompanied by a warm new potato, lemon and caper salad

Got a lovely surprise delivery earlier that i suspect is from a diser, so cute

Noodles for dinner. Wish i hadn’t made the fool’s decision to not buy a coke zero when i had chance to.

We’ve never made this because of the peanuts but I learned I could sub in crispy onions instead so it will be done once our oven works again.

I miss having an oven.

went to B&Q and managed to pick up a shower mixer tap rather than a bath/shower mixer tap!! what am I like!!! (Quite pissed that I have to take it back actually).

We switch the cauliflower for broccoli because even the cheeksters have limits.

I returned to work after two weeks off today. 2200 emails. Fuck.

Been blocking up holes in my flat as MASSIVE spiders keep coming in. Three (3) in the last two weeks. Do not want.