At what point will I stop listening?

You might skip to Battle flag but I’m saying no more than 3 songs.

Was always fond of Vision Incision but that’s buried ten tracks in!

I used to fall in love is the true test I think.

Second album is surprisingly enjoyable in retrospect. Been good whilst running!

Second album is no masterpiece but there’s a few bangers: 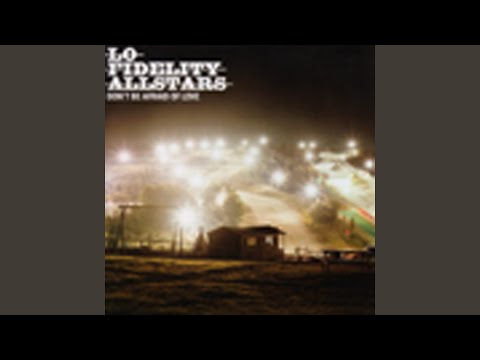 Greg dulli track is fine too

I got as far as track 9. Boring track. Sorry, none of you win, but thanks for playing!

I used to love lo-fidelity all-stars and I rinsed that first album in my last year of sixth form. I think it will have dated very badly "massive delusions… very probably "

Just looking it up on Wikipedia: was described as “intelligent big beat” by the NME

I hate how they used to put “intelligent” on the front of something.

What other kinds of Big Beat were there?

I might start this as a semi-regular series. (Not on Lo-Fidelity Allstars)

I’m guessing “intelligent” meant it had lyrics about stuff and wasn’t just a bunch of ragga samples. (Not that I don’t love all the other Big Beat stuff)

Don’t remember anything about Lo-Fidelity All-Stars themselves being intelligent though.

I mean, they did have lyrics… Wouldn’t describe them as being anything more than stream of consciousness

Ha ha, yeah, that’s very true. They must have been “intelligent” to talk to in the pub when they went drinking with the NME journos then. Guess everybody else in Big Beat was down in Brighton so they rarely got to chat to them.