Anyone seen this yet? It’s not out until next week here but I’m very excited

Also use this thread to chat about favourite Jackass stunts, stuff you’ve tried to do at home, any other Jackass related chat

I’ll be honest, I didn’t get it as a kid, I get it even less now. People being twats? Fuck off.

Yeah im going. Maybe on my own. I’ve got a soft spot for it. It’s silly and reminds me of uni

Not fussed on the poo bits though

Yeah some of the dirty sanchez lot have residences where I grew up. Same applies.
Outlaw mudshow bullshit!

Moreso imo. Some jackass stuff is silly and funny

I find it all weirdly heartwarming

I am a relative latecomer to these movies (only say them last year) and they are all quite magical works of art, and some of the funniest movies ever.

A friend told me they knew some people who made ‘Donegal Jackass’ in like 2011 but refused to talk about it, and it’s not on YouTube. I really want to see Donegal Jackass

The big hand bit in 3

But on the other hand

I liked it then, I like it now - but I am a bit amused by all the thinkpieces reframing it as a ‘treatise on masculinity and vulnerability’ or whatever. Nah it’s just some people doing funny stunts

@SarahAJCleary
John Waters just came into my cinema!! To see Jackass!! A film we aren’t showing!!!!

He’s in the 2nd film

‘Jackass’ is the funniest shit ever and I will have NO negativity in shrewbie’s lovely thread. 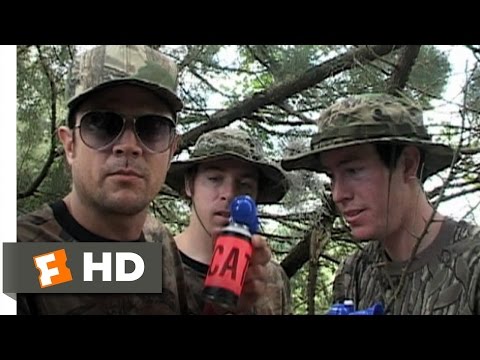 so stupid, so great