Hello friends and fellow true believers in the King across the Water!

Following on from the great success of the 2019 Jacobite thread, I thought I should set up another safe place for us to discuss the true monarchy. I note the cause had some national press this summer, a great showing to be sure, as we must admit we made little progress in removing the usurper during the last twelve months:

The story of the last Stuart: The man who would (not) be king

IT is one of the many curiosities of Scottish history that there continues to be people who claim they are the rightful kings or queens of Scots,…

As it is History Week, I’d like to open up this space to talk about other exiled monarchies, pretenders (not that HM King Francis is a pretender) and quirks of genealogy that I find so fascinating.

Look at this dude!

Balthazar Napoleon IV de Bourbon claims to be the senior descendant of the House of Bourbon and thus the pretender to the throne of the defunct Kingdom of France. His family, the "Bourbons of India," claim to be legitimate descendants of the House of Bourbon, descended from Jean Philippe de Bourbon, Count of Clermont-en-Beauvaisis, an exiled French noble who served in Mughal Emperor Akbar's court. The family is also known as "Bourbon-Bhopal", a name derived from the City of Bhopal in central In...

And these absolute players!

One of the great episodes of TV

Quite enjoy your ongoing commitment to this

my boy. look at how soft his hair looks!!

Perkin Warbeck (c. 1474 – 23 November 1499) was a pretender to the English throne. Warbeck claimed to be Richard of Shrewsbury, Duke of York, who was the second son of Edward IV and one of the so-called "Princes in the Tower". Richard, were he alive, would have been the rightful claimant to the throne, assuming that his elder brother Edward V was dead, and that he was legitimate – a contentious point. Due to the uncertainty as to whether Richard had died (either of some natural cause or from h...

not that i’m a pretender to the throne or anything but there’s a mildly believable family rumour that my great-grandpa was an illegitimate son of Edward VII, which would make the queen my second cousin once removed. (ABOLISH PERVO!)

Absolutely love the brass balls on this fella, just announcing a new Russian empire. More power to him

here’s something I didn’t know until recently:

surnames in English that begin with Fitz are normally derived from the name given to illegitimate children of nobles and royals. So Fitzwilliam is someone who’d dad was William. Fitzroy is someone whose Dad was the King - roy being dervied from the French Roi or King. Bit like John Snow and that.

However some people just adopted the name Fitzroy as a means of claiming royal lineage and therefore power, without definitive evidence.

Holy shit this guy is fascinating, his ex-wife went off and married the Aga Khan

In early 2017, it was reported that Bakov was interested in acquiring three islands belonging to Kiribati in order to establish a “revived Romanov Empire”. On 24 February 2017, the Kiribati government rejected Bakov’s proposal for the islands. Bakov later claimed it wasn’t the final decision and that it was related to an inner Kiribati political struggle.

As of May 2020, Bakov’s current plans are to build the islands off the coast of Venice

God Schools Relations with: An antipope (Latin: antipapa) is a person who, in opposition to the lawful pope, makes a significant attempt to occupy the position of Bishop of Rome and leader of the Catholic Church. At times between the 3rd and mid-15th centuries, antipopes were supported by important factions within the Church itself and by secular rulers.

Lucian Pulvermacher (born Earl Pulvermacher, 1918–2009) was a traditionalist schismatic Roman Catholic priest. He was the head of the "True Catholic Church", a small conclavist group that elected him Pope Pius XIII in Montana in October 1998. At the time of his death, he lived in Springdale, Washington, United States. Born on April 20, 1918 in Rock, Wood County, Wisconsin, near Marshfield, Earl Pulvermacher was one of nine children of a farm family. His three brothers became priests.[citation n...

Surely the most notable one of these lads is Tsar Simeon of Bulgaria who was the last monarch before they abolished it in the 40s, when he was still a wean. He lived in exile in Spain until 2001 when he returned, formed a political party and was promptly elected, serving four years as Prime Minister and a further four as part of a ruling coalition. Thats how you reclaim a throne, lads.

Over the past couple of months there’s been a twitter poll running amongst architect types, called the WORLD CUP OF PARLIAMENTS.

Most of the favourites and leading contenders were modernist examples, and most expected something like Brasilia or Dhaka to win.

That was until Budapest came up. It’s beloved by weirdo Trad-Architecture right-wingers, despite it only being built a little over a 100 years ago, but they weren’t really involved in the poll as it was quite low-key.

Then one of the last remaining Hapsburgs decided to get involved, and basically mobilised an army of US-based fash-adjacent supporters to bombard this small twitter poll with votes in every round. You could see when they’d log in, because it would be in last place throughout the day, before suddenly surging to victory overnight.

So, in summary, fuck the Hapsburgs.

On this day in 1690, 800 Williamite soldiers landed in Passage, before marching through Douglas and making camp at The Lough. Soon they began preparing to lay siege to the Jacobite stronghold of Cork City. #purecork #irelandsancienteast #purecorkwelcomes #staycation2020 https://t.co/luDg5lqMyH 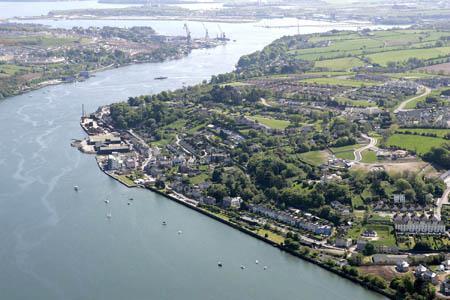 We also supported Lambert Simnel and Perkin Warbeck, which resulted in Cork being nicknamed The Rebel County.

And we shall never forget your service