Effin love Reuben and both sides of his solo album. Best thing he’s ever done is that sax solo on his mexican wave cover though.

yeah will go to this, missed his last tour, hes a good lad

Anyone listened the new album? Think his NIN fandom has dug it’s claws in deep on this one - like he even rips off a lot of the vocal melodies/sequences Trent uses. Still got a massive soft spot for him though and he can sure can write a rock choon. I like it, I don’t know why I’m being so cynical!

I love it, commented in the new releases thread.

Not yet, pre-ordered it ages ago from big scary monsters, just waiting for it to arrive!

Love a bit of Lenman; saw him at 2000 Trees in July and he was incredible - him and a drummer, smashing the shit out of his solo stuff/Reuben/Fat Bottom Girls cover.

Saw him a few years ago at Arctangent and the Reuben songs made my dead heart flutter again! I’d say his new album is more like a Reuben album as well, so it’s got that going for it! Just a bit more ‘mature’, but still goofy af.

Excellent. I’m hoping it will arrive tomorrow (along with the Single Mothers album).

that Single Mothers album is ace!

I Don’t Know Anything is the standout so far, what the HELL IS THAT? Love the “Another One Bites The Dust” opening drums. Waterloo Teeth has been re-recorded hasn’t it? Slightly? Body Popping sounds incredible and obviously the other singles are great - love Mississippi and Hell In a Fast Car is a pop-rock banger of an anthem.

Bit annoyed I’m not seeing him in a week, but Pissed Jeans is the same night.

Yeah, Waterloo Teeth was a nice surprise! Is it longer? Does sound more complete. I’ve got some reservations about the last song - kinda sounds like Moby or something, apart from the nice smashy bit midway. Still like it though. The fat, dirty bass on Bones is glorious!

About 20 secs longer? Got some good chanting on it at the end. Will listen to it a bit more, not sure I’m getting the Moby comparison there. Hardbeat is a cracking opener as well, sounds like emo-rock/soulful in places. Also, his voice sounds absolutely brilliant all the way through, I mean, it does on all the Reuben stuff, but there’s something special about this.

Yeah! Haha, it just reminds me of that ubiquitous music from The Beach and now I can’t get rid of that association! Don’t actually know if it was Moby or not. His harmonies are amazing - always spine-tingling.

Lived with it for a week and I think it’s among his best stuff yet. Fear he will never get his full dues but, as an alt-rock songwriter, there’s few better in the world. How is Frank Turner the one doing arenas??

Anyone else hear Infinity Land-era Biffy on Body Popping?

Been knocking around since the Reuben days that one by all accounts: 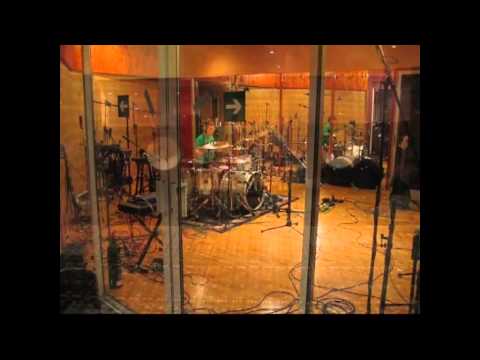