I get what he’s trying to do but please stop making everything more expensive and try and make healthier food cheaper instead.

It’s such a shitty way of trying to affect change.

Only rich people can be trusted to drink milk in moderation

Everyone should stop drinking milk anyway because it’s gross

I’ll give Jamez more leeway than most because of how much I like his recipe books, but milk is one of my favourite things, whether it’s pure, chocolate flavoured, or yogurt.

And probably just as damaging for your health as sugar is

Everybody should be consuming less (ideally no) dairy, though. It’s a good campaign. Dairy farming is horrendous, but leaving that ethical argument to one side. We as humans are, I suspect, the only species that drinks another species’ milk.We’re just not meant to drink cow’s milk. it’s extremely indigestible owing to the nature of the proteins in the milk. There are far better ways to get protein and calcium. Also, if you think about what milk is (i.e. a secretion/ mucous produced by a mother for feeding her young) then I question why it should be consumed in any other context than that.

I’m not suggesting that dairy should be cut from children’s diets altogether (my son eats cheese, and will get the odd cup of cow’s milk if I can’t be bothered breastfeeding), but it is massively overconsumed from toddler age and above with some children drinking a pint a day or more (which is horrendous). Cutting out milk is a great place to start in remedying this failure in balanced diet.

Also what the fuck is this awful Tory bumlicking all about. Ooh save us aunt Theresa, you’re our only hope 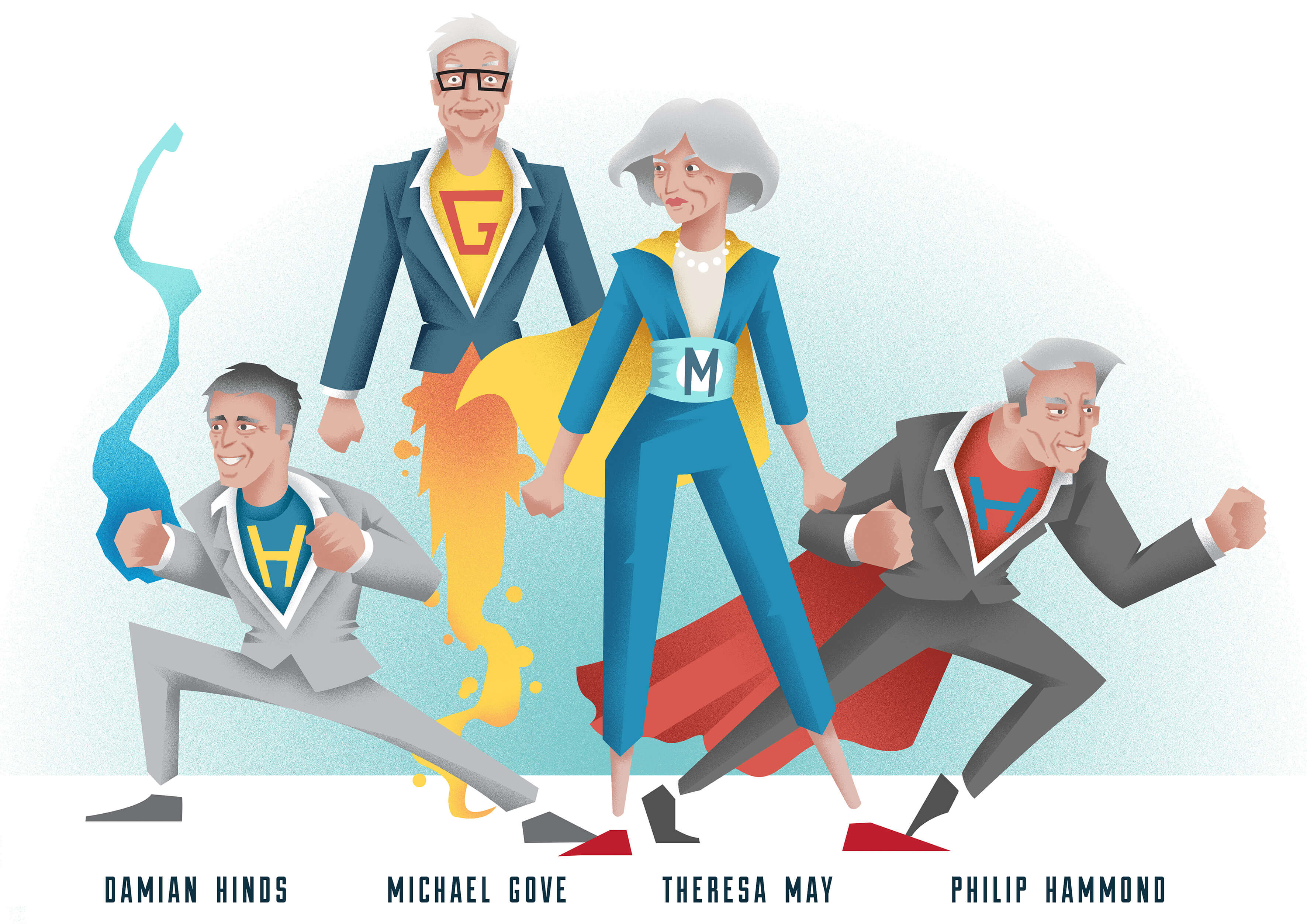 We're calling on government ministers to be the superheroes our kids need! Jamie's campaign to tackle childhood obesity.

Also what the fuck is this awful Tory bumlicking all about.

Let me introduce you to a man called Jamie Oliver

The pictures don’t even look like the people they’re meant to be.

Too narrow a stance, for a start.

You’d think the weird Tory power pose would be a natural fit for superhero caricatures, this whole thing is a farce.

I’ve got a question: why aren’t there any cheaper, supermarket own-brand vegan milk alternatives? It’s all Alpro, at least in the tiny city Supermarkets I shop in.