I am a fervent believer that DiS is at its best when It’s discussing mid-market restaurants.

Did anyone ever go to Jimmy’s Italian? Any cop? Why do we think so many restaurants of its ilk are shutting?

went there for tea after my bachelor graduation. was a nice time iirc

Did anyone ever go to Jimmy’s Italian?

(have been to Barbecoa though, twice. Not a great choice if you don’t eat meat. And Fifteen, once, which was alright but not spectacular)

Many such restaurants have expanded aggressively, often under private equity ownership, but are then left with too much space in non-prime locations just as consumer spending comes under pressure and diners tire of formulaic offerings.

Too many chains expanding too quickly, taking money from the kind of funds that want quick returns, signing leases on expensive properties.

The Guardian published this last year, which I thought was good 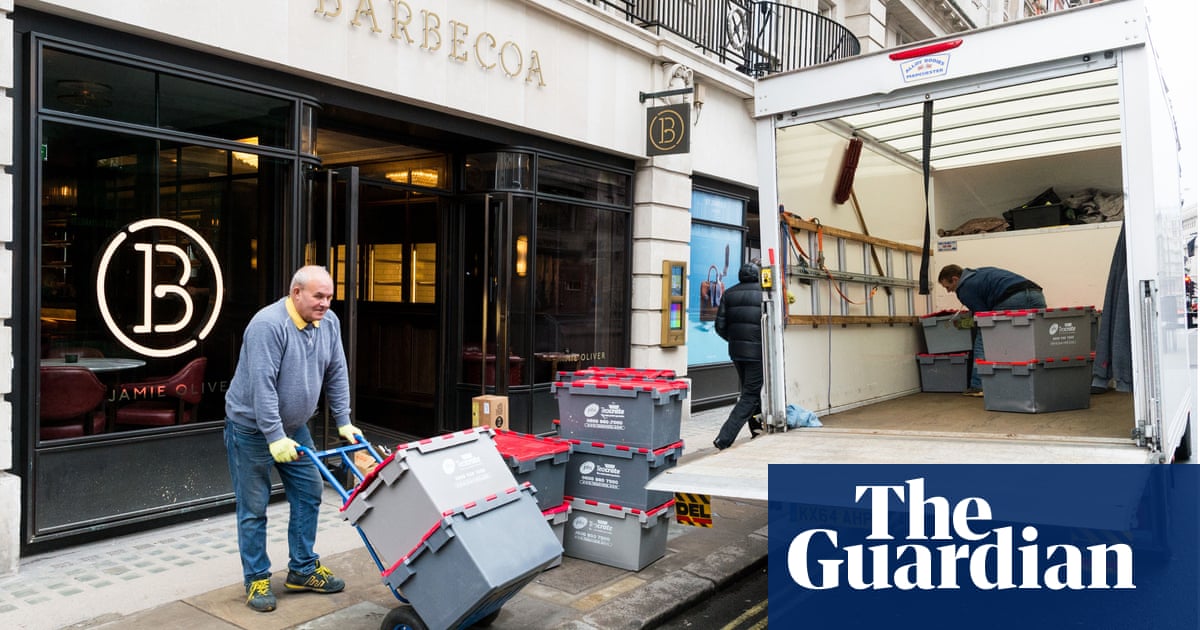 The casual dining crunch: why are Jamie’s Italian, Strada, Byron (and the...

The list of chains closing sites and restructuring is growing by the day. How did the world of mid-market restaurants overstretch itself so badly?

Went twice and it was terrible both times. Was obvious it was going to fail at some point.

Can’t speak for the rest of his restaurant empire. Apart from his diner at Gatwick Airport which my wife and I for some reason always made a point of eating at when flying from there. That was until we found out that staff weren’t allowed to keep the tips so we stopped going.

I just don’t understand why you’d go out and pay £15 for pasta when it’s so cheap and easy to make better at home.

Did anyone ever go to Jimmy’s Italian?

And Jamie’s Italians were always HUGE for some reason. So the factors you mention were further exacerbated by the fact they had to spend more on loads of retail space they didn’t need.

Went a couple of times, normally for work nights out - always thought it was nice enough without wowing me. Shame it’s gone.

I’ve been to Jamie’s Italian quite a few times. It’s a safe choice for dining out with my mum and/or dad.

Last time I went the waitress was such a dick to us that we decided never to go back. They put us next to a station where they were loudly throwing cutlery around in drawers so I couldn’t hear my mum so I asked if we could move and she was like “you’re still gonna hear it over there so do what you want” and then I asked for vegan pasta and when she bought it up she was like “heres your gluten free pasta” so I said “err is it gluten free or vegan” and she said “dunno actually”. Think she might have spat in it.

So blame that cow for the collapse!!

Been a couple of times. Never found them to be particularly great. Menu wasn’t inspiring and the service often poor. Better Italian chain restaurants available

Went a couple of times when visiting my family in Norwich. OK but expensive.

I just don’t understand why you’d go out and pay £15 for pasta when it’s so cheap and easy to make better at home.

There are restaurants that do things with pasta that are difficult to replicate at home.

Or buy from tescos/ sainos, which I maintain are just as good as chain restaurant ones

restaurants have bigger tables than some people have in their houses