how was he after that bit?!

I watched when the thing happens but the neighbours were sat down where I couldn’t see them. Feel like a psychopath saying this but I hope it devastated them as it seems to do most people!

I CAN’T STOP THINKING ABOUT THIS FILM

anyone wanna see a really annoying take on Uncut Gems (disclaimer: i absolutely love Jamie Loftus but this irked me)

yeah that stood out for me!

I agree with the replies which state it’s an example of his luck going so well that day. It’s set up like it’s clear she’s with another guy whilst on the phone - the ‘oh you’re that close…I’ve got to go’ . I think saying ‘do the Safdi’s think this happens’ is a bit strange considering the film’s not the most realistic 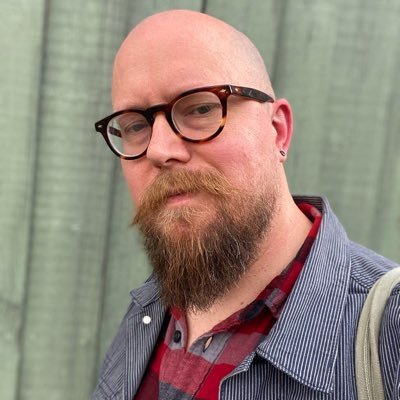 @GuyLodge
This is a great choice and I'm thrilled, but are Cannes' tweets being written by Mr. Peanutbutter? twitter.com/Festival_Canne…

Welcome to Spike Lee as President of the Jury of the 73rd Festival de Cannes! Cannes is a natural homeland for those who (re)awaken minds. Lee's flamboyant personality is sure to shake things up. What kind of President will he be? Find out in Cannes! https://t.co/Rezlrl1sOB https://t.co/bt28zF4QO0
10 Likes
kiyonemakibi 14 January 2020 11:20 #524

@AndrewHunt311
Did no one realize that BRAD PITT just played a ROCKET SCIENTIST, who had a CAR?! THOSE ARE THE THREE THINGS THAT DON'T IMPRESS SHANIA TWAIN MUCH!!! https://t.co/emjfYqrsNv Unpopular opinion, but I thought Knives Out was very, very meh. Daniel Craig’s overacting was the best thing in it, the rest was just a bit… dull? It was far, far FAR too long as well.

@007
The #NoTimeToDie title song will be performed by @billieeilish. Billie has written the song with her brother @finneas and is the youngest artist in history to write and record a James Bond theme song. https://t.co/Qd5cYIRlmg Really good choice. Feel sad that Lorde didn’t get a go last time out though.

Finally got round to watching Burning, excellent
Marriage Story was great too, was expecting to be nonplussed but I was involved right up until the ending, which was a huge tonal shift to the rest of the film.

Just Pain & Glory to go, then I’ll feel up to date with awards season.

I thought Jojo Rabbit was fine, but ScarJo getting awards buzz for that performance is ludicrous.

Yeah really weird considering she has Marriage Story (where she’s great and deserves the nominations) that they’ve gone all-in and gone nuts for a second role too which isn’t even that substantial.