Jay Z’s albums back on spotify

Reckon it has a decent share of the best stuff he’s ever done on it, and a fair bit of fluff – just isn’t consistent as those big three for me. That said, it’s an essential document of rap music in the immediate aftermath of the deaths of 2Pac and Biggie. In that sense, it’s the other album of his that can be considered a classic record.

Since it’s back on Spotify, I’ll give it another listen and see if I can move it up a tier

There are a couple of places where it sounds a bit dated, but the high spots - Imaginary Players, Where I’m From, Streets is Watching etc - are just fantastic.

Good news. Can finally listen to 4.44 for the first time

my thoughts on jay z:

Jay-Z convo? count me in. This is pretty easily a 5 for me despite not caring about his music much since like … 2002-2003? Correctly Rated reasonable doubt – classic ny boom bap, up there with the best of its kind. the can i live beat still gives me goosebumps, when that beat drops in >. d’evils, dead prez 2, friend or foe, 22 twos, feelin it… all tough and then the smooth stuff too like politics as usual and cant knock the hustle. i didnt get this album until 98, first jay thing i got was …

happy his stuff is back on streaming which means i was able to update my best of jay z playlist and add the reasonable doubt stuff in (wasnt on spotify b4). so now i got it down to a cool top 100 lol 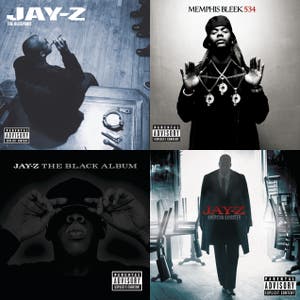 Two perfect Jay songs featuring Beanie and Scarface. They kinda feel like they belong together in a way.

Some How Some Way vs This Cant Be Life

The unplugged album is really good too

The Blueprint on repeat since I saw this had happened

Reasonable Doubt up on Apple Music now too. Hurrah!

Thanks, to all who recommended this album. So good! Never really rated anything I’d heard him on before (mainly guest features in this decade), so it’s good to finally see why he got to where he is today.

Blueprint 2 has some bangers too

Ah, nice. Some of it has aged badly, but it’s still my favourite Jay Z album.