use this thread to discuss recent scores, new artists/genres you’ve stumbled across and other general jc(ing)

picked up the Miles Davis Original Mono Recordings boxset from Amazon a couple of weeks ago. covers his Columbia period. 22 sniffs for 9 albums? don’t mind if I do.

man, I’ve been listening to seminal albums like Kind of Blue, Sketches, Miles Ahead etc in stereo for years like an absolute chump.

this mono shit is a real game-changer. KoB, for exampl,e just sounds so much crisper and alive. none of that hard panning a sax there, a bass there. you know. magnificent shit.

I don’t know anything about jazz I’m afraid. Ignorance on my part totally. The Comet Is Coming album is fantastic. One of the best of the year. If someone can recommend me something similar or whatelse to listen to I’d appreciate it.

Is anyone still making cool jazz? or movie jazz? I’d love some recommendations along the lines of Kind of Blue or Ben Webster’s Soulville.

I have no idea about fresh cool jazz, but I’d certainly recommend Birth of the Cool by MD as being the best of that genre

@bird what’s your opinion on the nu-jazz/jazztronica/jazz revival resurgence, Floating Points and all those lads?

man…I’m well out of my comfort zone with these cats you mention. have no clue, tbh.

man…I’m well out of my comfort zone with these cats you mention. have no clue, tbh.

I just heard this for the first time on NTS, really great: https://www.youtube.com/watch?v=gZ0cfMIf-xg

Been listening to a lot of Marsalis recently.

Been listening to the following albums recently:

What newer jazz is there to listen to? I’ve mentioned Austin Peralta (R.I.P.) and obviously Kamasi Washington is the big name these days but who else is there? Robert Glasper? Has Marcus Gilmore released his own albums?

Porgy and Bess is a bloody classic, have to give that one a spin regularly

But best of all is the Vince Guaraldi Trio - best known for the theme tune to Peanuts cartoons.

Picked up these recently as well, must give them a listen.

Haven’t updated this playlist for a bit but I’ve been meaning to post it for a while - put it together as I think this year has been great for jazz, at least from what I’ve heard of the radio and have been listening to. Hope people like it and discover something new on here 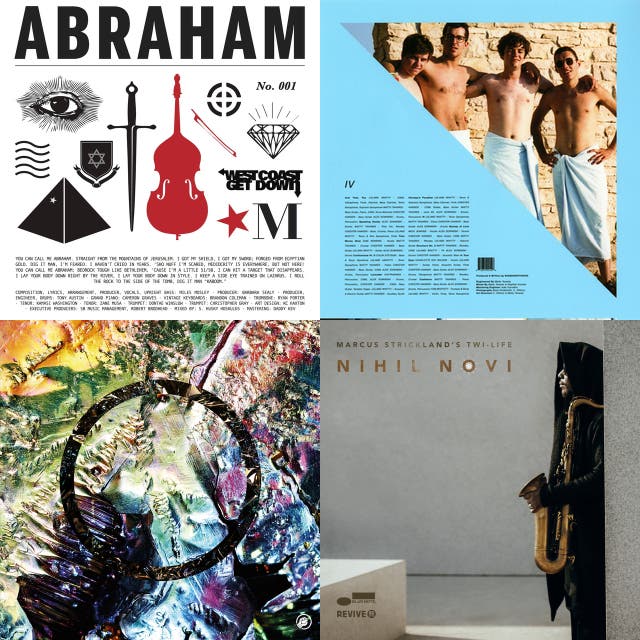 Jazz 2016, a playlist by thelastbroadcastradio on Spotify

A playlist featuring Marcus Strickland, Miles Mosley, BadBadNotGood, and others

Forgot about BadBadNotGood somehow! That Terrace Martin album is fantastic as well. Thanks very much for that!

Still digging around in the Kamasai Washington triple, so much good stuff in there.

Being going back through some J Coltrane stuff too recently. Lush Life, Crescent, JC and Duke Ellington. All great. Tell you what though, just cannot get on board with A Love Supreme. Had it for years, try it every now and again, just not feeling it.

just cannot get on board with A Love Supreme

one of the greatest, imo

Kamasai Washington’s amazing, some of the space-age vocal stuff puts me off a touch but overall really digging it

agree. also not an album I can listen to in one hit. break that shit up into 3 hour suites

Been really enjoying this NTS mix from the other day