Right, poll time. How do we rate The Shape of Jazz to Come, and what’s your favourite track?

Album Poll - The Shape of Jazz to Come

The track ‘Endangered Species’ sounds like every animal inside Noah’s Ark tearing the living shite out of each other. 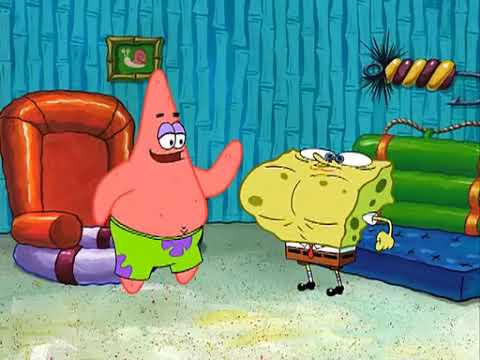 The Shape of Jazz to Come

Extremely relaxing album, very much enjoyed the time I spent with it this afternoon. So sparse compared to what would come from him and Cherry.

Genuinely thought that was just gonna be a meme someone made. Nope. An actual reference to free form jazz in Spongebob. What a world.

Unless it’s a very well done meme. I don’t know what’s real and what’s not anymore.

The whole album is really good, chaotic but I have a big grin listening to it.

Not been a part of Jazz Club to date, but if you are talking about Shape of Jazz to Come I simply have to drop in!

Love this album. Set me on the way to all sorts of things, and obviously it has an important historical impact. I really love the way Ornette and Don are often almost-but-not-quite mirroring each other, the slight discordance between their two lines. Great rhythm section of course. Got that crisp, clean ‘classic’ production sound.

Some incredible tunes as well, Lonely Woman alone is one of the greats. Otomo Yoshihide loves Lonely Woman so much he is constantly dropping the theme into improvisations, I think he even did a whole album of Lonely Woman versions.

Introduced my younger brother to this one, which was a lovely thing. Didn’t go down so well when I played it in my aunt and uncles car on a busy motorway though, lasted about 25 seconds before it was ejected. Ah well.

I think he even did a whole album of Lonely Woman versions.

Wow now that is an album I am going to listen to as soon as I can!

Don’t know if I should vote

Please feel free to vote, even if you don’t vote again

I’m going to give Lonely Woman another go on the back of the enthusiasm in the thread, and the writing of its inspiration on the wikipedia page:

Coleman was moved to compose the song when, while on a lunch break from his job in a department store stock room in Los Angeles in the early 1950s, he came across a photograph of a woman in a gallery. Coleman describes the photograph as follows:

“In the background there was everything you could imagine that was wealthy – all in her background – but she was so sad. And I said, ‘Oh my goodness. I understand this feeling. I have not experienced this wealth, but I understand the feeling.’ I went home and wrote ‘Lonely Woman’… I related the condition to myself, wrote this song, and ever since it has grown and grown and grown.”

Went with a lower score initially but bumping it up to ten. Gonna do a deep dive into Coleman (also with Cherry who I already liked and now even moreso) and can’t wait.

So, The Shape of Jazz to Come scores a respectable 8.44, dispels a few preconceptions about being too difficult, and slots in fourth for now. The leaderboard is currently:

This week’s record is another one that’s new to me, and another from the 1950s:

Tenor saxophonist Sonny Rollins laid out his claim to be considered one of the most inventive improvisers in music across a selection of the best jazz records of the mid-late 1950s – The Sound of Sonny, Way Out West, Tenor Madness, Newk’s Time and Freedom Suite are all brilliant – but Saxophone Colossus, from 1956, is probably his most famous album.

The calypso ‘St. Thomas’ is his most recognisable song, although it is actually derived from a Caribbean nursery rhyme that his mother sang to him as a child.

‘St. Thomas’ and ‘Blue 7’, a blues with an off-the-cuff melody that Rollins came up with in the studio, are particularly good examples of the clever, highly rhythmic thematic development that characterises his improvisational voice.

This essential jazz album also contains a powerful rendition of the standard ballad ‘You Don’t Know What Love Is’ and another wonderful solo on Kurt Weil’s ‘Moritat’ (AKA ‘Mack The Knife’).

British jazz journalist Nick Lea reviewed the album for us here, concluding that “this extraordinary recording witnessed the emergence of Rollins as one of the giants of the music and guaranteed him a place in the pantheon of tenor saxophonists along with Coleman Hawkins, Lester Young, Ben Webster and John Coltrane.” 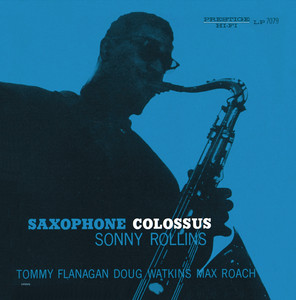 This one’s also new to me, looking forward to digging in. Big fan of Max Roach too which is a bonus.