John Lydon in a MAGA shirt

I mean, it wouldn’t be a big surprise would it? He was pro-Brexit wasn’t he?

and he has previously said pro-Trump stuff

it’s a quite old photo iirc

I know, I know, it’s serious

has he?
ghastly little fake

It was a few years ago. As @manches says he probably changed his view on him now or he could have been trolling in the first place

John Lydon comes out in support of Trump, Brexit and Nigel Farage

'The working class have spoke and I’m one of them and I’m with them,' he says, on leaving the EU 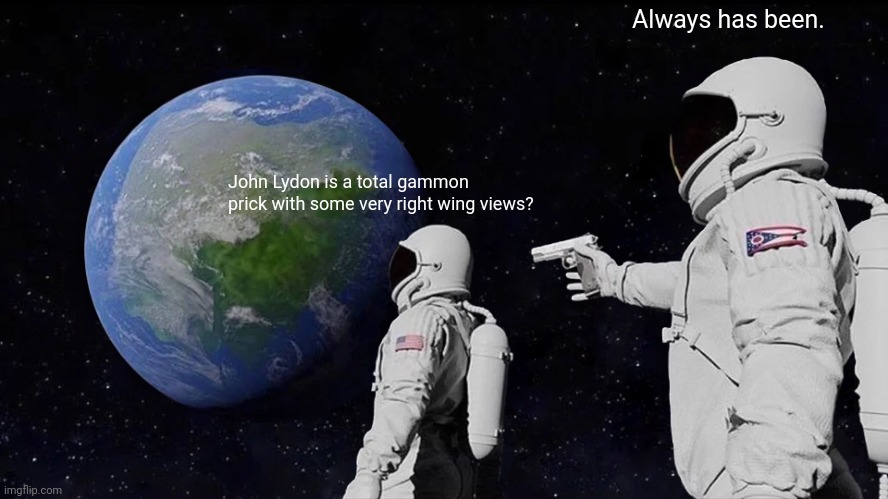 Like John Lydon in a MAGA shirt selling me butter

wel he had a good run. had to slip up and say something stupid sometime eh

Don’t pay him any attention obviously